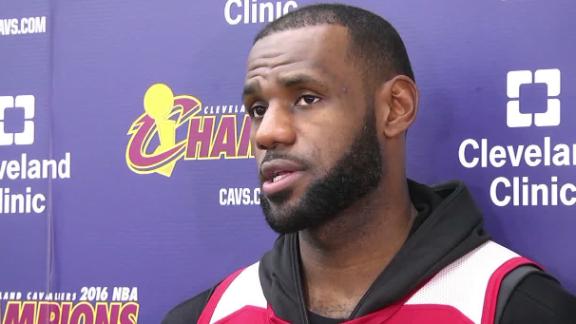 INDEPENDENCE, Ohio -- With the Cleveland Cavaliers set to raise the first championship banner in franchise history Tuesday, there also appears to be a final burying of the hatchet between principal owner Dan Gilbert and LeBron James.

Gilbert, appearing Tuesday on the Really Big Show with Tony Rizzo and Je'Rod Cherry on ESPN 850 WKNR in Cleveland, said he and James have come a long way in the six years since James decided to bolt for Miami and Gilbert responded with a scathing letter on the team's website.

"I think everybody learns every day in the decisions they make and the things they do," Gilbert said. "It was just a whole different feeling from Day 1 [when James came back in 2014]. Keep in mind that we just had one bad night in five years that we were here with LeBron -- remember the first two [years James played in Cleveland], Gordon Gund ran and owned the team.

"But we never had a bad day until the way it ended. And as bad as it was, it was one day, it was one night and everybody is a grown man and obviously we focused on the job here. And sometimes things happen for a reason, right? You just never know it at the time."

Gilbert added that he and James would meet in the coming weeks to discuss the direction of the franchise as the Cavs attempt to defend their title.

"We go deep and talk about stuff and figure out where we need to go as a partnership," Gilbert said of his meetings with James, which often also include James' representative, Rich Paul, as well as Cavs minority owners Jeff Cohen and Nate Forbes. "It's really a partnership when you think about it."

James said the partnership extends to off-court projects as well.

"We both have two common goals in mind, and that's to continue to build this city, continue to put things up, create jobs and have a winning franchise," James said after shootaround Tuesday before the Cavs' season opener against the New York Knicks. "And for me as a player, make me impact not only in the community but on this team. And he's doing the same."

Gilbert revealed the Cavs had a company-wide meeting Monday, and the agenda was based around making sure everyone was focused on a back-to-back championship rather than let complacency kick in after the team won the first title in Cleveland pro sports in 52 years.

"There's only one direction you can go when you're on top, so you might as well stay there, right?" Gilbert said. "So we have to repeat. That's the only way to get out of it. I think everybody, after that banner goes up, will be back to business and focus on the job at hand."

After paying $54 million in luxury taxes last season on top of a payroll that was already north of $100 million, Gilbert said his ownership is committed to spending big money to keep the Cavs in contention.

"Not even a thought," Gilbert said. "Let's picture this: A little cash in the bank or a championship ring -- what would you take? Not even close. I think it was my grandfather who told me that anybody that dies with money in the bank is a failure. Where are you going to take it? So you might as well invest it in the right things and try to positively impact the world as much as you can. So that's what we believe."

The Cavs' current roster will cost ownership about $130 million with an escalating repeater tax that could add another $100 million-plus to the total bill.

Even with the costly roster construct, Gilbert and his ownership group have committed to offering more than 1,000 championship rings to full- and part-time team employees who work for the Cavs and their facilities at Quicken Loans Arena and Cleveland Clinic Courts. The rings figure to cost more than $1 million all told.

"It wasn't even a discussion," Gilbert said of the expenditure. "It was really probably the fastest decision we ever made because every single person in this franchise works their tails off and -- in some way, shape or form -- they affect the outcome. I mean, it's hard to really measure or quantify, but when that crowd is energized and passionate, that takes a lot to get that in there for 41 games and the playoffs. So everybody is playing their part in some way, shape or form and it eventually gets its way onto the court and we certainly saw that last year and I think everybody deserves it.

"As excited as I am to see the players get their rings, I'm just as excited to see the guy selling hot dogs or the maintenance crew getting theirs. It's something that, you know, words don't really describe that feeling."

Just as it's hard to describe how Gilbert and James' relationship has repaired itself to this point.

"We had that whole thing planned out," Gilbert joked about his contentious past with James. "You know that, right?" 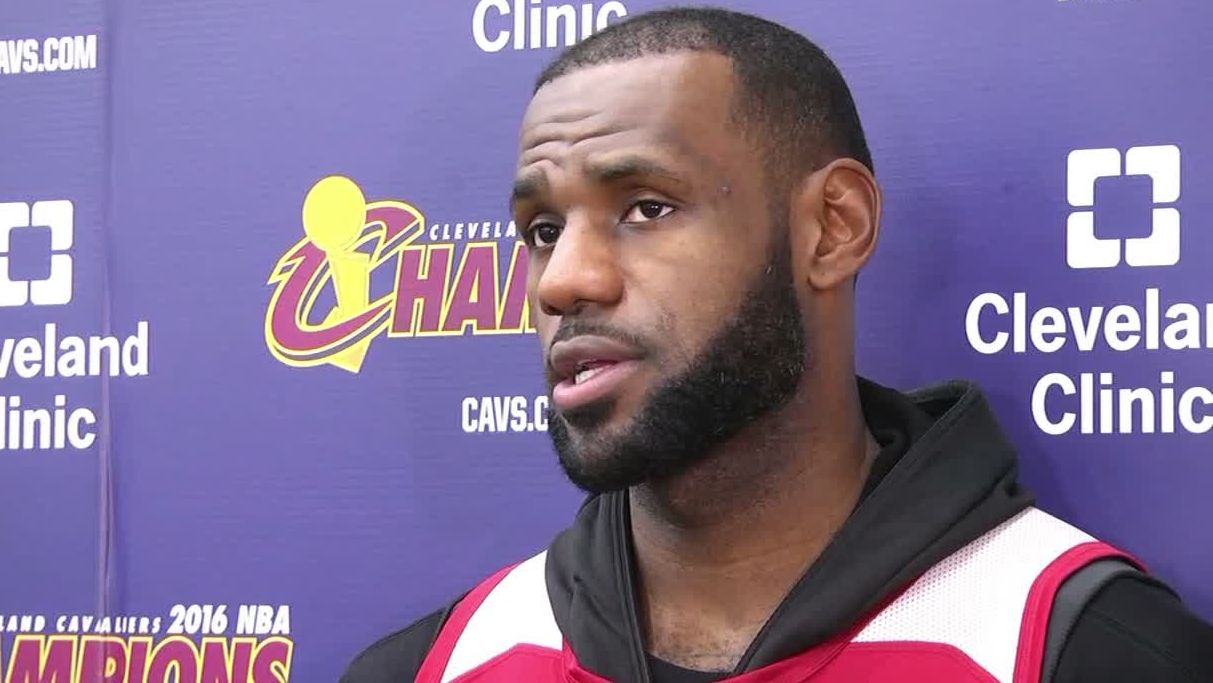