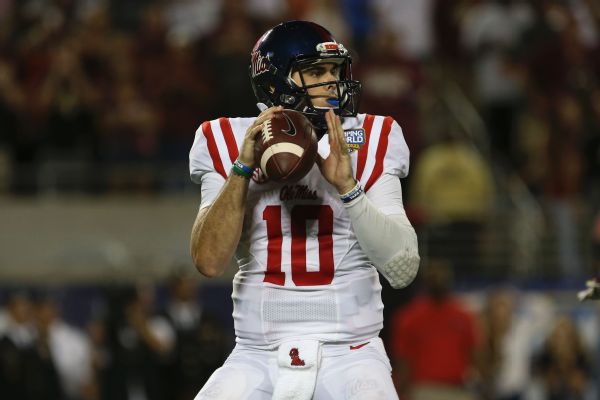 The brawl happened during a game between Casey Kelly's team, St. Joseph's Collegiate Institute, and Bishop Timon-St. Jude High School. Buffalo police suspended the game. There have been no reports of arrests.

Ole Miss coach Hugh Freeze told The Associated Press that he talked with Chad Kelly, a Buffalo native, by phone after the game and said the quarterback was back at home with his parents. The Rebels are off this week and don't play again until Oct. 15 at Arkansas.

"From the version I've heard, he didn't do anything to anybody. They were pulling him back because he gets emotional," Freeze said. "I probably would too if that were my family."

Freeze said he wasn't planning any discipline for Kelly but was working to gather more details.

Later, on Twitter, Freeze had a stronger reaction to what transpired:

Casey Kelly's teammates saw the hit, and the brawl ensued. According to Charlene Kelly, Chad Kelly ran onto the field to make sure his brother was OK. Video shows Chad Kelly being restrained by several coaches.

Two years ago, Chad Kelly was arrested after a bar fight, eventually pleading guilty to a misdemeanor charge of disorderly conduct. He is in his second season at Ole Miss, after stops at Clemson and a junior college, East Mississippi Community College.

Chad Kelly is second in the Southeastern Conference with 1,596 yards passing this season. He has thrown 13 touchdowns and four interceptions for the 14th-ranked Rebels.

Officials suspended Friday night's game after the brawl, with St. Joseph's trailing 2-0 midway through the second quarter, according to The Buffalo News. Officers then escorted St. Joseph's to its buses, the newspaper reported.

Kelly "went out of bounds on a first-down run," Comerford said, according to The Buffalo News. "It's really tight on our sidelines, and there were some guys around. ... It got ugly."

St. Joseph's coach Derek Landry told the newspaper he wouldn't comment until he reviewed film of the incident. St. Joseph's athletic director Pete Schneider also said he would not comment. 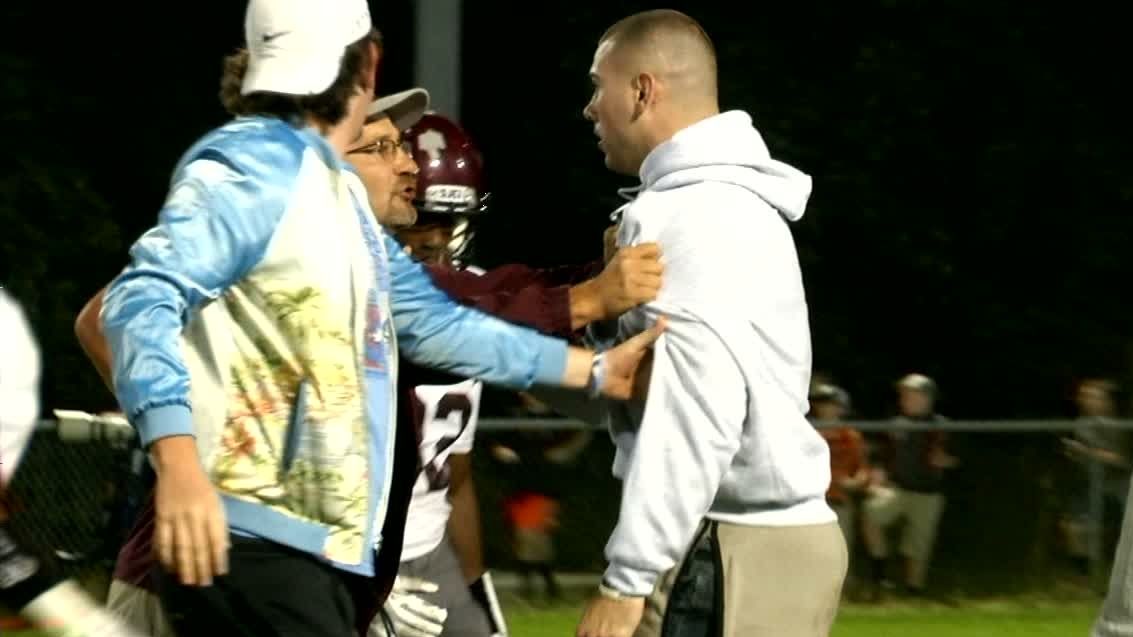