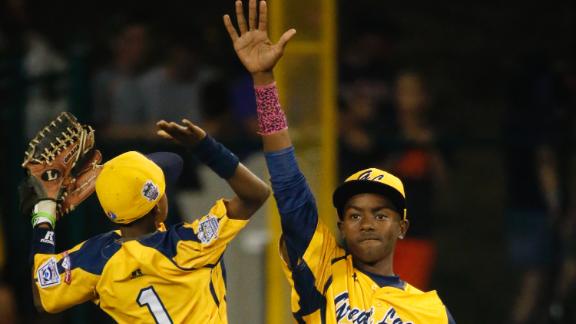 "Keep cheering," Butler said Thursday night after the biggest victory of his baseball career. "We hear you. It's working. Make it louder."

The loss eliminated Philadelphia and prevented star pitcher Mo'ne Davis from getting one last shot to put another stamp on what had become her personal playground. But Philadelphia manager Alex Rice certainly isn't worried about her.

"The world's her oyster, right?" an emotional Rice said after the loss. "Mo'ne will figure out her future, and it's going to be terrific. She's going to dictate what it is. Good for her."

Davis, just the 18th girl to play in the Little League World Series and the only one to win a game on the mound, played first base the first two innings against Chicago, was taken out and re-entered the game at third base in the bottom of the fifth.

The Jackie Robinson West team, composed of all black players, is making its first appearance in 31 years in the Little League World Series. The victory sends the Great Lakes champs into the U.S. title game Saturday against Las Vegas.

Las Vegas, the West champion, beat Philly 8-1 on Wednesday and humbled Chicago 13-2 in four innings in a mercy-rule game Sunday behind five homers, including a grand slam by Brad Stone and two home runs from Austin Kryszczuk.

"It [the lopsided loss] woke us up," Butler said. "The kids have been more focused, and today's game showed how focused we were. We had a lot of adversity. They find a way to get it done, and it's always a new guy."

Bufford walked Scott Bandura to lead off the top of the sixth, putting the tying run at first. He then struck out Jahli Hendricks, induced Jared Sprague-Lott to hit into a fielder's choice and walked dangerous Zion Spearman before getting Jack Rice on a fly to right to end it.

Philly trailed 6-2 after two innings but clawed back within a run on Tai Cummings' long home run to center leading off the fifth.

The grassy hill beyond the outfield fences at Howard J. Lamade Stadium was jammed Wednesday night with 34,128 fans who craned their necks to see every pitch from Davis. With the star right-hander playing the field and not eligible to pitch until Saturday, attendance dipped to 21,119 against Chicago.

The 5-foot-4 Davis and her teammates gave the Taney Youth Baseball Association Little League in Philadelphia an amazing dose of publicity. In her first outing, Davis pitched a two-hit shutout to become the first girl to win a game in the Little League World Series. In splitting her two starts, Davis pitched 8 1/3 innings, allowed eight hits and three earned runs, and struck out 14 with only one walk. She also threw a three-hit shutout to lead Taney to an 8-0 victory over Delaware in the Mid-Atlantic Regional championship game.

The glare of the spotlight on Davis and her teammates grew exponentially as the Little League World Series unfolded. Television ratings were up 143 percent Wednesday night from the corresponding game last year, and this week she became the first Little Leaguer to grace the cover of Sports Illustrated.

Baseball is trying to lure young African-Americans back to the game, and the opponents Thursday night offered some evidence that the strategy might be making inroads. That one inner-city team had to beat another for a spot in the U.S. title game was not lost on Major League Baseball commissioner-elect Rob Manfred.

"With respect to baseball games, we try to take a position of neutrality," Manfred said at Lamade Stadium. "I have to tell you a Philadelphia-Chicago matchup is pretty darn good. It's so wonderful when people turn on their televisions and they see people from very different socioeconomic backgrounds in a setting like this. When you have a diverse group like the Philadelphia group, it sends a message that baseball's a wide-open sport."

When the two teams finally do return home, they likely will be overwhelmed a little more.

"We've always had the goal of baseball in the inner cities, how to get more African-Americans to play baseball," said Phillies slugger Ryan Howard, who hung out with the Philly kids and other teams earlier in the day during an appearance for one of his sponsors.

"I think it shows it's working. I don't think they understand the magnitude of what they've accomplished.

"I think they have a grasp of it, but I don't think they'll really understand it until they get back."

Hayato Ueshima had a leadoff drive for Japan's first homer of the tournament, and Kanamori also went deep in the first. Kanamori added a three-run shot in the fifth, giving Japan the mercy-rule victory.

Ueshima, who raced around the bases with a wide smile on his face, said he doesn't hit home runs often.

"To hit a home run, and it was the team's first of the tournament ... I'm very happy about that," Ueshima said.

Japan will play South Korea for the title on Saturday. It lost 4-2 to South Korea on Wednesday.

Takeuchi allowed one hit, Juan Garza's leadoff homer in the first, in 3 2/3 innings. He also went 2-for-3 with three RBIs in the five-inning game.

Takeuchi said he made a mistake on his first batter and credited his teammates for scoring in the bottom of the first and relieving him of any added pressure.

"We gained momentum," Takeuchi said. "I thank my teammates, and I could make sure my pitching was what I wanted afterward."

"We knew that we had to play perfect against Japan. We couldn't do it," manager Hector Arrieta said. "It was hard to come back from that." 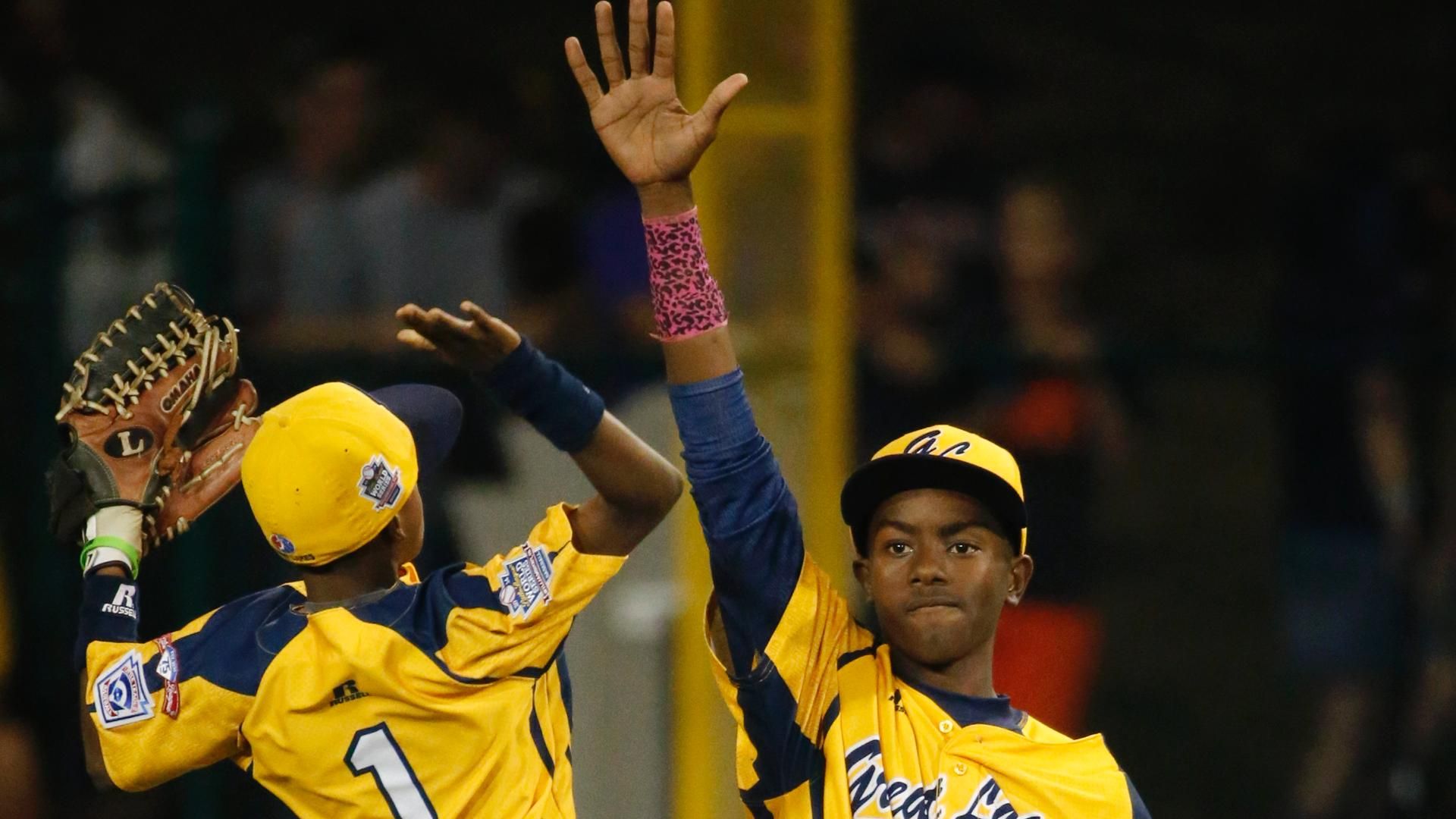 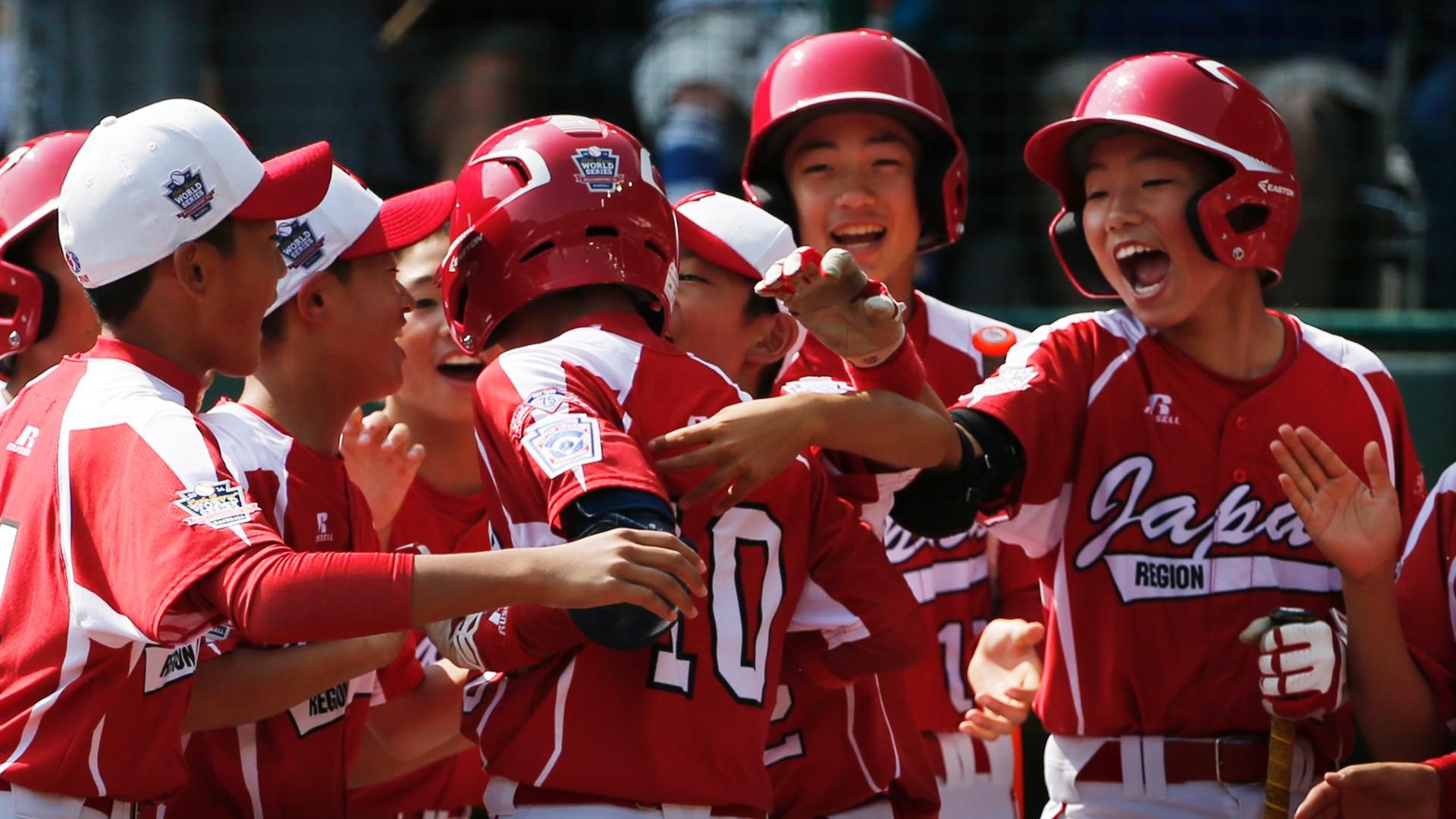