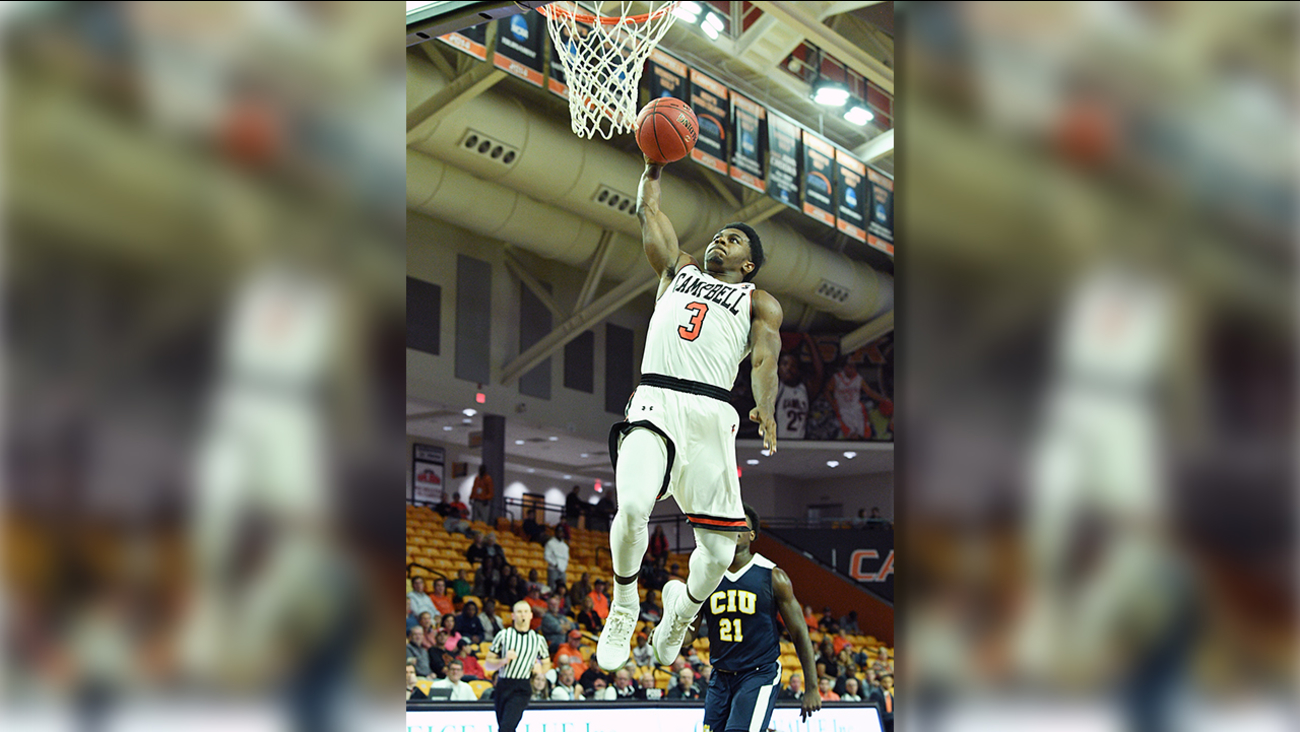 Chris Clemons soars in for two of his 27 points in just 20 minutes of action Monday night. (Bennett Scarborough via Campbell University)

It was Campbell's largest margin of victory in Gore Arena, which opened in 2008, and the fourth-highest point total in the program's history.

Clemons scored seven points, and Shane Whitfield added all of his six points, during a 19-6 run to open the game and the Camels never trailed. Clemons hit a 3-pointer to push the lead to 20 points midway through the first half and Campbell (1-1) led 49-22 at the break.

Druw Rollins had 13 points and Micah Banks scored 12 for Columbia International, a member of the National Christian College Athletic Association.