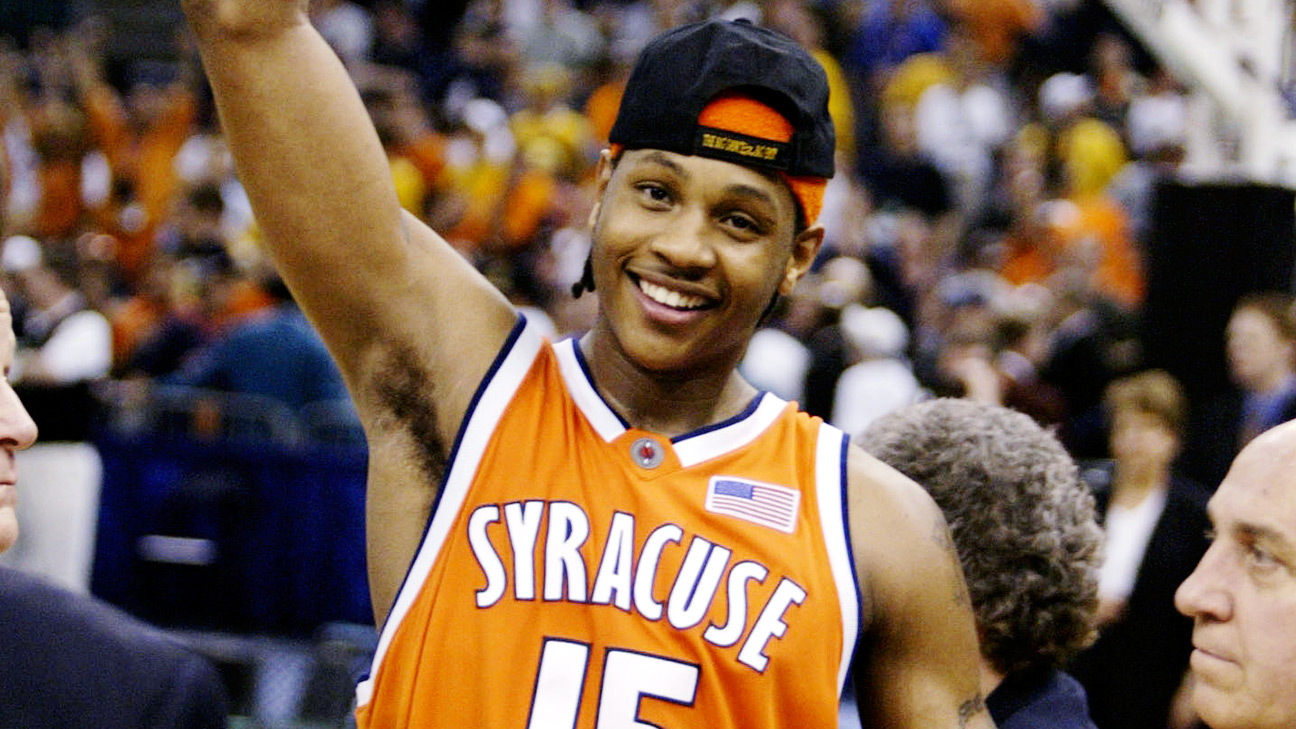 ESPN writers and commentators will provide daily roundtables and predictions as the bracket advances through March 31. Below, writers Joe Lunardi, Heather Dinich and Graham Hays break down the South Region.

Who's a player not enough people will appreciate in the South bracket, but should?

Joe Lunardi: Jerry Lucas is dramatically underseeded at No. 15. A two-time NCAA Player of the Year, Lucas averaged 24.3 PPG, 17.2 RPG and led Ohio State to three straight NCAA title games (winning in 1960). He was also part of the 1960 U.S. Olympic gold-medal team and went on to become a seven-time NBA All-Star. Plus, he could memorize every bracket in history!

Heather Dinich: Don't forget about Jimmer Fredette, especially during a season in which BYU was expected to be invited to the NCAA tournament for the first time in five seasons. Fredette, who was unanimously named the 2011 NCAA Player of the Year, had gone on a scoring frenzy, and Jimmermania had swept the country. Led by Fredette, BYU beat Wofford and Gonzaga that season to earn what was the school's first Sweet 16 appearance in three decades.

Graham Hays: Most basketball fans probably know Chamique Holdsclaw's name, but the passage of time makes it too easy to file her away as merely another in a line of Tennessee women's basketball legends. That doesn't capture it. Holdsclaw isn't one of many. She is one of a kind, even in the company of those who helped Pat Summitt win more games than any other coach. Holdsclaw was the star from Queens who, at least temporarily, put ascendent UConn back in its place and kept Rocky Top the center of the women's basketball universe with national titles in 1996, 1997 and 1998. A scoring threat from anywhere inside the arc, a dominant rebounder and still among Tennessee's all-time leaders in steals, she was an athlete ahead of her time.

What's the most memorable collegiate performance from a player on this list that you want to tell the world about?

Lunardi: I was fortunate to cover the "Christian Laettner game" in Philadelphia for the Delaware County Daily Times. The Duke star made every shot he took (10-for-10 FG), including a three-pointer, as well as every free throw (10-for-10). He played 43 of 45 minutes. To this day I still say to myself, "I can't believe he took his time" before turning and hitting the greatest shot in college basketball history.

Dinich: Carmelo Anthony was at his best when it mattered the most -- April 5, 2003 vs. Texas. He scored a career-high 33 points and snagged 14 rebounds to lead Syracuse to a 95-84 Final Four win. As remarkable as his final stats were, it was the timing of his surge that was the difference in the game. With Syracuse trailing 49-48 early in the second half, Anthony scored 11 straight points to give the Orange a lead it was able to hold on to. Oh, and he was a freshman.

Hays: Candace Parker was the Most Outstanding Player in back-to-back Final Fours, but it took a regular-season game against UConn to give her the appropriate stage. Everyone saw the Lady Vols and Huskies renew their rivalry this season. That was their first meeting since Jan. 6, 2007 in Hartford, Connecticut. Still on her way to her first title at the time, and in the spotlight only that rivalry could provide, Parker totaled 30 points, 12 rebounds and six blocks in a 70-64 win. Just for good measure, and with Gus Johnson providing the call for those not lucky enough to be among the sellout crowd, Parker dunked on the Huskies early in the second half. Point made.

Give us one upset you expect to see in the first round, and why?

Lunardi: No. 9 Zion Williamson will easily defeat No. 8 Danny Manning in the first round, primarily because of recency bias. I would argue, despite his immense potential, that Williamson shouldn't get a single vote. Here are just a few categories in Manning's favor: games played (147 to 33), NCAA appearances (4 to 1), NCAA tournament wins (13 to 3), national championships (1 to 0). But Williamson, for better or worse, dominates in hype.

Dinich: Young over Holdsclaw. It's simply a matter of Young being in the headlines so much right now, even for shooting socks into his hamper while the NBA season is suspended (he only missed one!), but also just for how fresh in the minds his success at Oklahoma probably still is. I was an intern at the Washington Post when Holdsclaw was with the Mystics and covered a few of her games, so I still have a great appreciation for her career and accomplishments. I just don't think she'll win the votes.

Hays: Isn't the No. 12 seed always the best bet for the first-round upset? Maybe I have too much faith in the middle-aged cohort getting out the vote, but Larry Johnson seems woefully underseeded against a one-and-done Anthony (albeit a one-and-done champion). I forget family birthdays but can still rattle off the names of Greg Anthony, Stacey Augmon, Anderson Hunt -- even George Ackles -- as Johnson's supporting cast. Johnson was my generation's Zion Williamson, except with an extra season and a national championship. 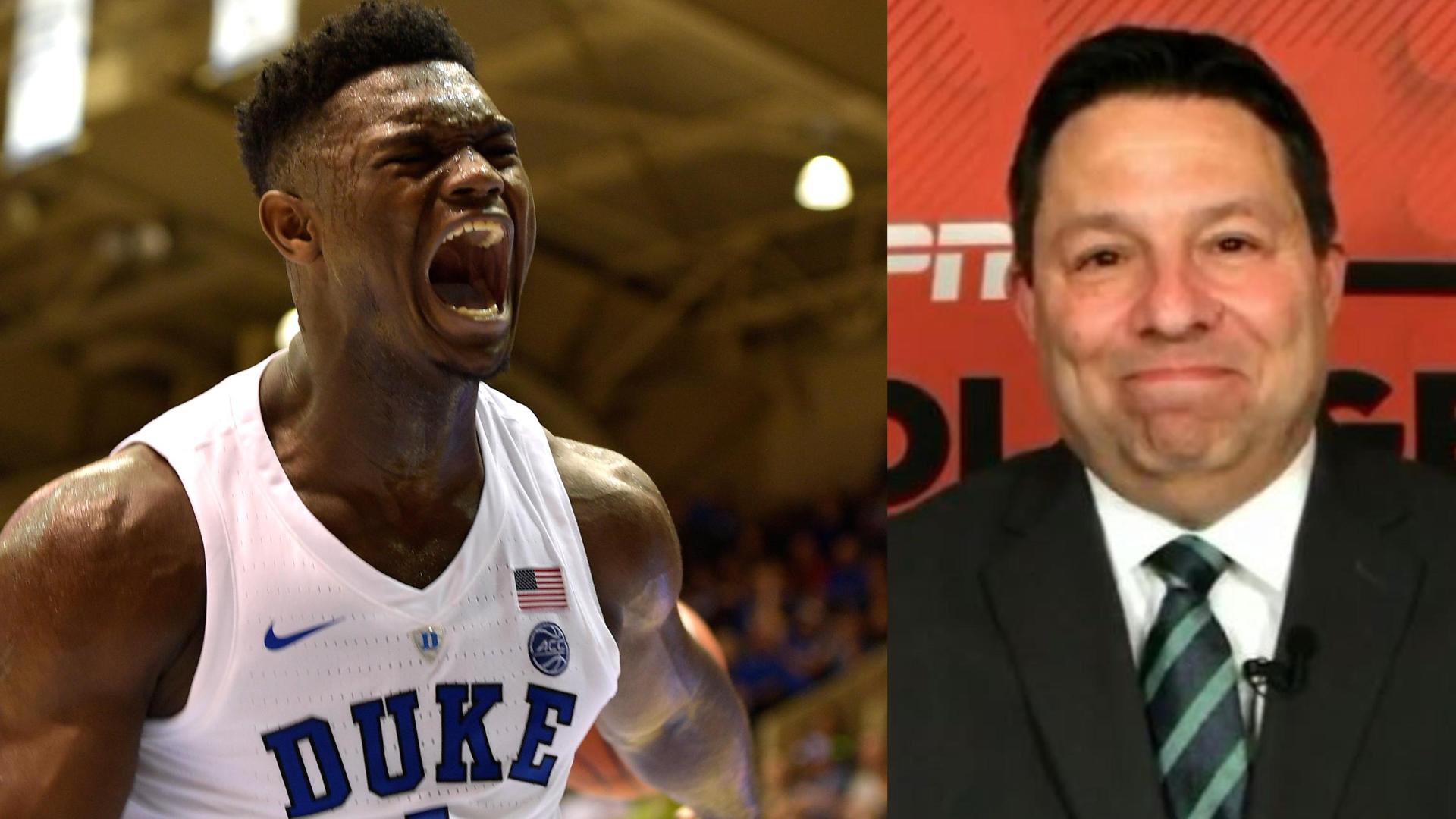