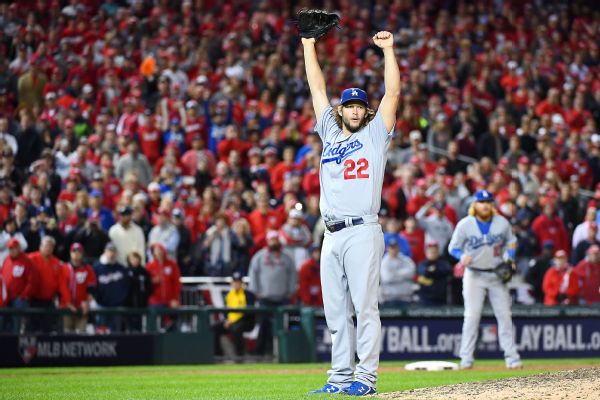 CHICAGO -- While Kenley Jansen and Clayton Kershaw might have carried the Los Angeles Dodgers into the National League Championship Series, it remains a question of how soon they can contribute now that the club is there.

Dodgers manager Dave Roberts said on the eve of the series Friday that Jansen will be available in Game 1 on Saturday despite throwing 51 pitches in the National League Division Series clincher.

They were nine more than he has thrown in any regular season game in his career. The caveat is that the Dodgers closer will be available for a maximum of one inning.

Kershaw, on the other hand, still has not been named officially to a game in the series. Before Game 5 of the NLDS, Roberts said that Kershaw was his man for Game 2 of the NLCS if the Dodgers advanced. But that was before the staff ace was needed to throw seven pitches in order to save the series-deciding victory.

Still, Roberts suggested that everything seems to be a go with his staff ace.

"Clayton came through well," Roberts said. "I think that he, his teammates, were really excited that he got the last two outs of that game. Physically, he feels great.

"He's going to go out there and get a lift in and throw and run and do what he does. So, obviously, we're not prepared to make that decision yet, but he's tracking to start when we all think."

The 28-year-old rookie from Japan posted a 3.48 ERA over 32 starts in the regular season, but gave up four runs in three innings to the Washington Nationals in the NLDS and took the loss in Game 3.

The Dodgers don't have many options for Game 2 outside of Kershaw. Rich Hill and Julio Uriaspitched in Thursday's game so both would be pitching in Game 2 on short rest.

Since Kershaw only needed seven pitches to get two outs, Thursday's game could also serve as his between-start side session.

While nothing ails Kershaw physically, Jansen is dealing with some leg fatigue, according to Roberts. But he was jogging in the outfield during Friday's full-squad workout at Wrigley Field.

Roberts also said he plans on carrying one more pitcher in the NLCS than he did in the NLDS, but it is not necessarily a nod to the Jansen/Kershaw workload from Thursday.

"Obviously the one thing is it's a seven-game series versus five," Roberts said. "We're probably going to go with 13 (pitchers). We're going to go with an extra pitcher in the pen, and we haven't identified who. And I think that, outside of that, we're trying to figure out what makes the most sense."

Left-hander Brett Anderson, who was not with the club in the opening round of the playoffs, is in Chicago, but Roberts would not say if he was the pitching addition, or if Anderson will join the taxi squad that travels with the team.

Infielder/outfielder Enrique Hernandezwas also with the team Friday after being held off the roster forthe opening round of the playoffs. But Roberts would not confirm his addition to the roster.

The Dodgers are expected to make a handful of roster changes for the NLCS. 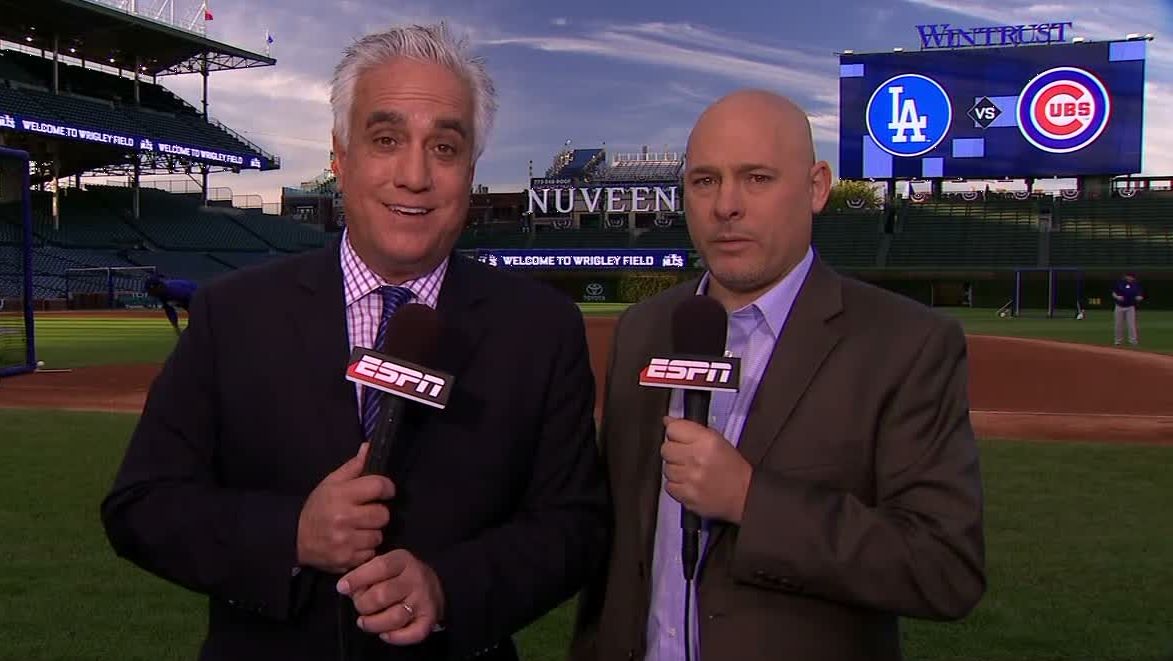