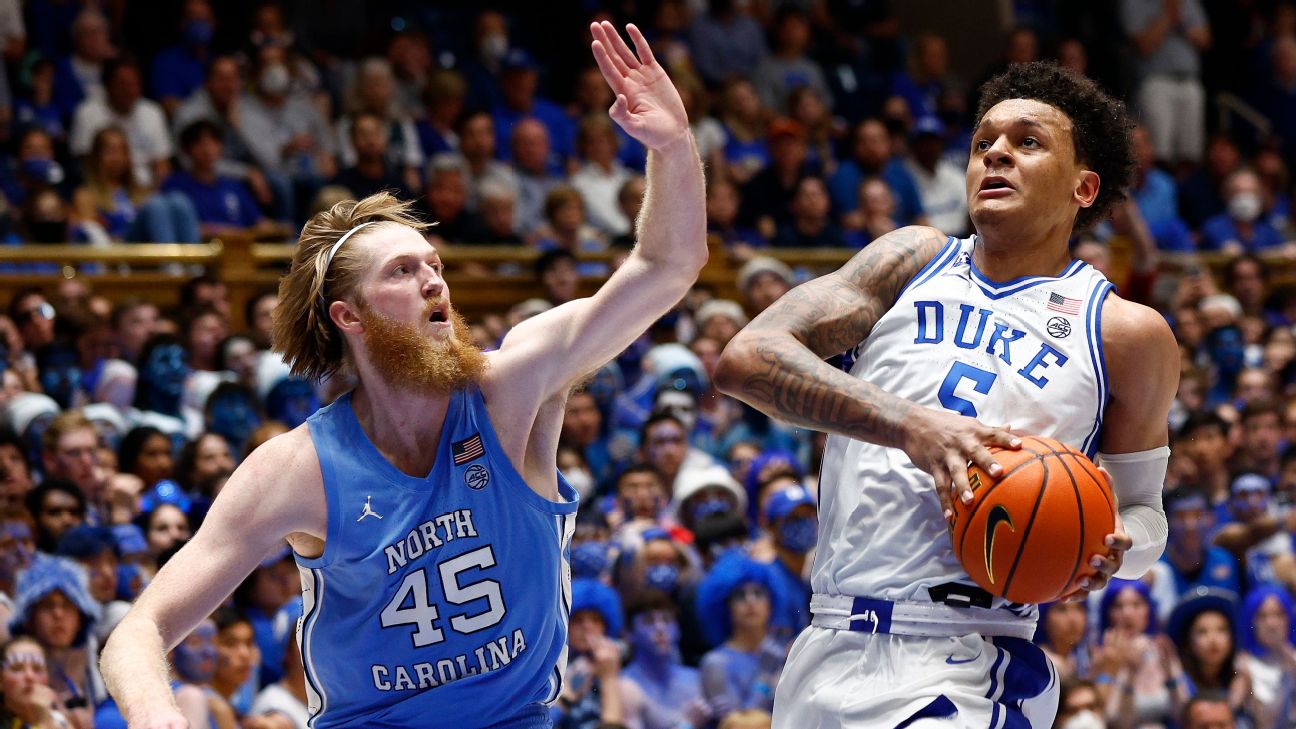 PHILADELPHIA -- With North Carolina's 20-point win over Saint Peter's in the East Regional final, the stage is now set for perhaps the ultimate meeting of rivals. The Tar Heels will face Dukein a national semifinal.

Meetings between rivals at the Final Four are rare, but they've been known to happen. Such collisions even occur once in a great while in the national title game.


Here's an overview of games where conference rivals faced off against each other in the Final Four.

The Orange and the Tar Heels weren't exactly ancient rivals when they met in the 2016 Final Four. Syracuse had just joined the ACC in 2013-14, after all. Even so, expectations were high when Jim Boeheim's group took on top-seeded UNC. Michael Gbinije and Malachi Richardson had just upset Midwest Region No. 1 seed Virginia, and it didn't seem far-fetched to think this team could do the same to another ACC power. Instead, Joel Berry dished 10 assists and the Tar Heels won easily before falling to Villanova in the title game.

On paper the Terrapins entered the 2001 NCAA tournament as a 21-10 No. 3 seed. In reality, Gary Williams' team had played 29-4 Duke tough three times, winning once while the two losses came by a combined total of four points. A close contest was anticipated for the fourth meeting between these rivals, but the Blue Devils -- who expediently erased a 22-point first-half deficit -- won the fifth of an eventual six consecutive tournament games by double-digits. Shane Battier rang up 25 points against the Terps, and Duke went on to win the title over Arizona. Juan Dixon, Lonny Baxter and Maryland would capture their own national championship the following year.

Michigan State defeated the Badgers on consecutive Saturdays in February, in the Big Ten tournament semifinals and, finally, at the Final Four. Just the same, it was an amazing run for Wisconsin to make it that far. Dick Bennett's team upset top seed Arizona 66-58 in the round of 32 and then defeated higher seeds LSU and Purdue. That magic ran out against the Spartans, who got 20 points from Morris Peterson to record a perfect 4-0 record against the Badgers. MSU kept on rolling with a 13-point victory over Florida to capture the national title.

Michigan lost two regular-season games to Nick Anderson, Kenny Battle and Illinois by an average of 14 points. But the Wolverines gained momentum under newly installed interim coach Steve Fisher in the Southeast Regional. Michigan crushed Virginia by 37 in the Elite Eight, setting up a third meeting with the Fighting Illini. This time the Wolverines prevailed behind 28 points from Glen Rice and a game-winning put-back with two seconds remaining by Sean Higgins.

Stacey King, Harvey Grant, Mookie Blaylock and the Sooners won 21 of 22 from late January through the national semifinals. That run included two eight-point wins over KU, a fact which did not matter the third time these two met. Danny Manning recorded one of the greatest individual title-game performances in the event's history with 31 points, 18 rebounds and five steals.

The Friars were the surprise of the 1987 bracket. Billy Donovan, Indiana transfer Delray Brooks and the rest of Rick Pitino's shooters capitalized on the new 3-point line and defeated top seed Georgetown by 15 in the regional final. Then PC ran up against Rony Seikaly, Derrick Coleman and the Syracuse zone. The Friars were 5-of-19 from beyond the arc, and the Orange advanced to a national title game where they lost to Indiana on Keith Smart's game-winner.

The two No. 1 seeds split during the regular season, with each winning on the other's home floor. The second game was played at Madison Square Garden, where John Thompson famously unveiled his own version of Lou Carnesecca's lucky sweater. The Hoyas won "the sweater game," and then repeated that feat two more times. Georgetown defeated St. John's in the Big East tournament title game, and then again in the national semifinals. Reggie Williams put up 20 for the Hoyas while Chris Mullin was limited to just eight shots from the field.

It's called the Perfect Game: Villanova shot 22-of-28 from the floor on its way to a stunning upset of defending champion Georgetown. Perhaps the result shouldn't have been seen as quite so stunning. The Wildcats played the mighty Hoyas tough during the Big East season, losing twice by a combined total of nine points. In the title game, Dwayne McClain scored 17 and Ed Pinckney added 16 against Patrick Ewing and a Georgetown defense that had held its 37 previous opponents to 39.8% shooting from the floor.

Dean Smith and the Tar Heels had gone 0-2 against Ralph Sampson and the top-seed Cavaliers in ACC play, including a heartbreaking one-point loss in Chapel Hill. Things went according to a very different script in the national semifinals: UNC's Al Wood went off for 39 points while Sampson was held to 3-of-10 shooting from the floor. The Heels proceeded to lose to Indiana in the title game, while the Hoos won the D-I tournament's last ever men's third-place game.

The Hoosiers have come down to us through history as the last men's team to record a perfect Division I season on the way to an NCAA tournament title. It wasn't easy for Bob Knight's team, however. For proof look no further than IU's two regular-season wins over Johnny Orr's Wolverines that year. The first came by six points in Ann Arbor, while the game in Bloomington went to overtime before Indiana prevailed. By contrast, the Hoosiers had a much easier time in the national title game, defeating Michigan by 18 behind a combined 51 points from Scott May and Kent Benson. (Note that teams were unseeded until the 1979 tournament.) 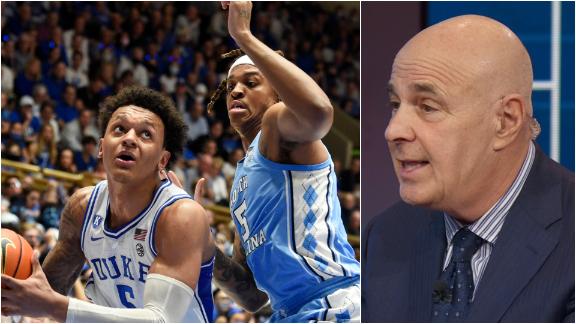 Greenberg: Duke vs. UNC will be 'emotional and historic'
Seth Greenberg says Duke is playing their best basketball ahead of their Final Four clash with UNC. 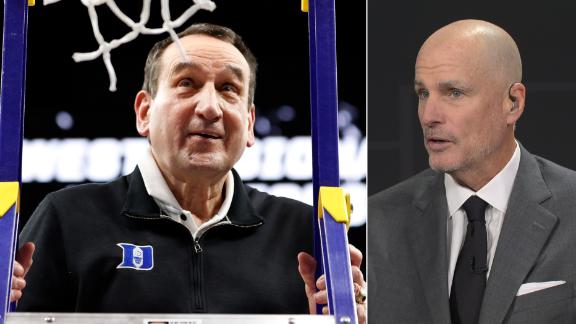