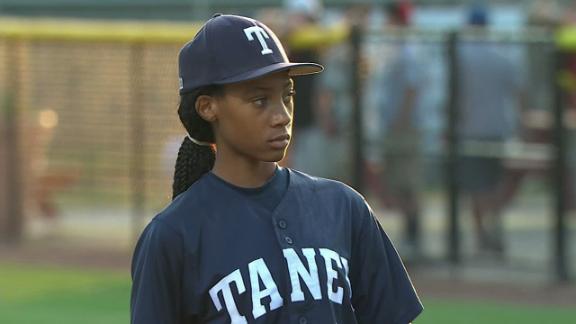 Davis struck out six in the six-inning game in the Mid-Atlantic Regional championship game.

Sunday was Davis' second win over Delaware-Newark National Little League in the regional. She struck out 10 in the previous victory.

Information from The Associated Press is included in this report.

Pennsylvania Headed To LLWS
Mo'ne Davis threw a three-hit shutout to lead Pennsylvania to a berth in the Little League World Series with an 8-0 victory over Delaware.

Mo'ne Davis Excited For Trip To Williamsport
Philadelphia's Taney's Mo'ne Davis comments on her performance to help propel her team to the Little League World Series.