ESPN
By Jeff Goodman
BROOKLYN, N.Y. -- After going scoreless for the first time since his freshman season and picking up a technical for slamming the ball to the floor, Duke's Grayson Allen said he hasn't lost his confidence and isn't being targeted.

"I'm ready to go," Allen said after Duke's 79-72 win over Clemson on Wednesday in the ACC quarterfinals. "I'm as confident as I need to be."

Allen played just 12 minutes Wednesday and missed all four of his shots from the field, the first time he hadn't scored since the Elite Eight of his freshman year, a game in which he played just three minutes. Allen sat out the loss to Miami on Feb. 25 because of a left ankle injury and has averaged 5.3 points per game in the past three games.

"A huge part of it is, he's not able to go at it in practice," Duke coach Mike Krzyzewski said. "He's lost his timing and his rhythm. The two 3s he took were on target, but he was a little short.

"We've got to get him going, but it's difficult individually when you don't practice at the speed of the game and get the normal reps. We need to get Grayson to be Grayson."

Allen told ESPN he isn't being unfairly targeted by the referees but didn't deny that his margin for error, because of past tripping incidents, is small.

"Does it seem that way?" Allen said when asked. "I think you'd be right to say it."

After picking up a foul going for a rebound late in the first half, Allen slammed the ball to the floor in frustration. He was immediately hit with a technical.

"I didn't say anything to the refs," Allen said. "But [when I slammed it down], I missed the ball. It was probably a delay of game. I just missed it. I didn't catch it." 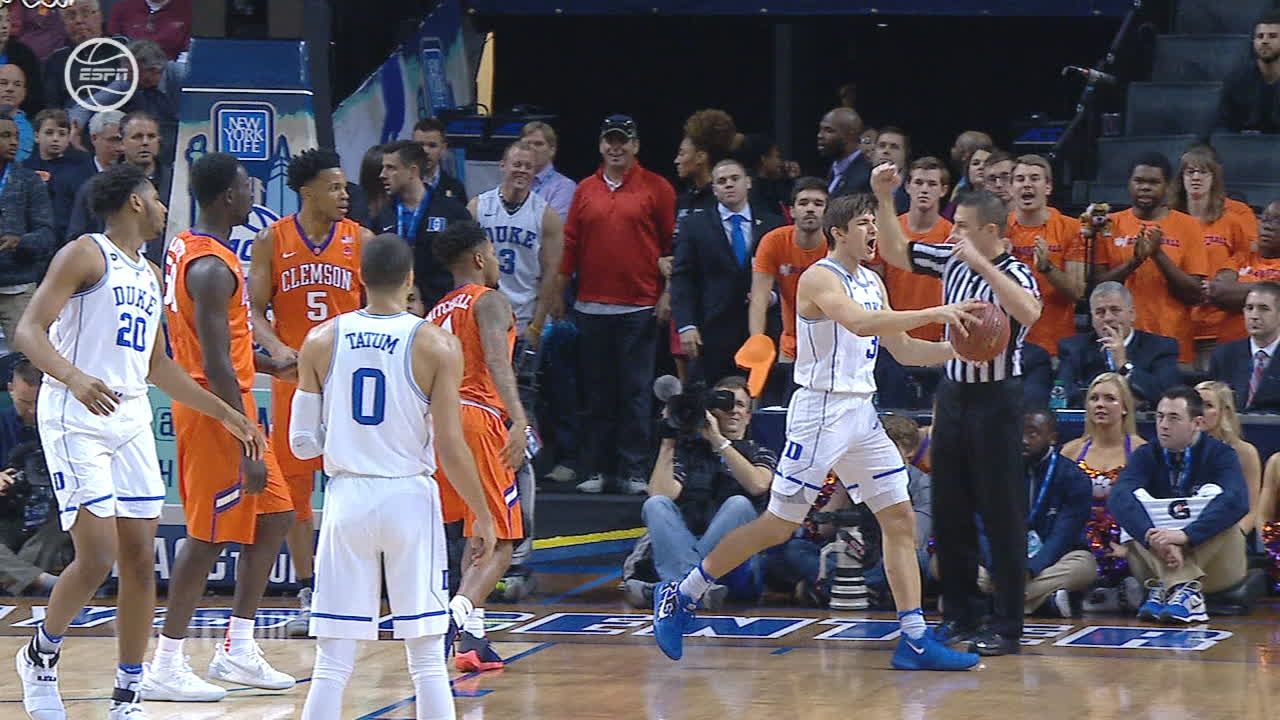