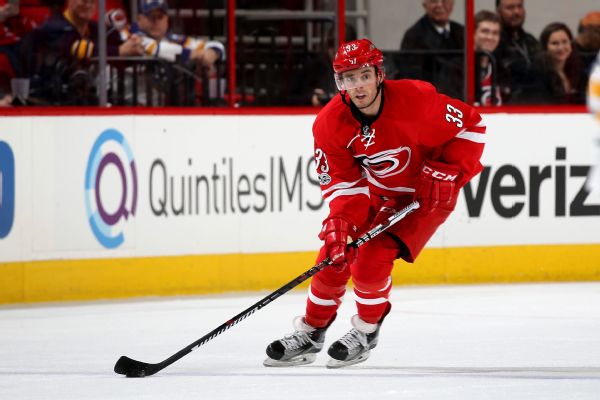 RALEIGH, N.C. -- The Carolina Hurricanes have agreed to terms with forward Derek Ryan on a one-year contract.

Under terms of the deal announced Monday, Ryan will make $1.43 million this season.

General manager Ron Francis said in a statement that Ryan "proved he belongs in the NHL last season."

Ryan would have been a free agent on July 1.