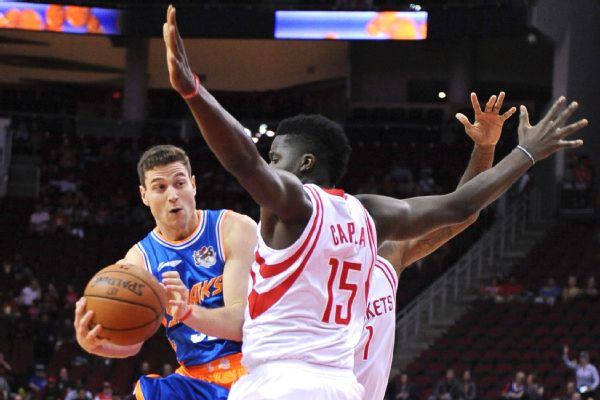 Former NBA first-round pick Jimmer Fredette scored 73 points Sunday night as his Shanghai Sharks lost in double-overtime on the road to the Zhejiang Guangsha Lions in the Chinese Basketball Association.

Fredette's 73 points are the fourth-most in a single game in the CBA, behind Errick McCollum (82), Quincy Douby (75) and Bobby Brown (74). It's also a high for the team and for him.

In his first season in the league, Fredette has led the Sharks, who have struggled recently, to the playoffs, which begin Feb. 24. No. 3 seed Shanghai will face Shenzhen. He is among the league leaders in scoring at 36 points per game and won the 3-point contest at the league's All-Star festivities.