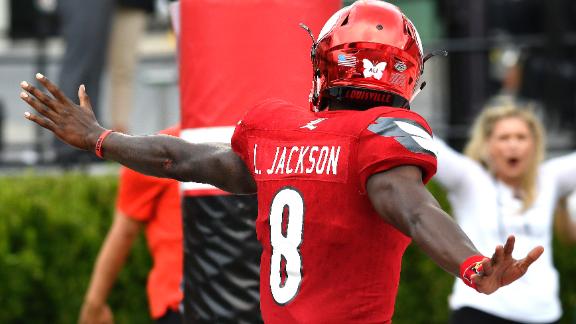 Lamar Jackson and the Louisville Cardinals have earned the respect of Las Vegas oddsmakers.

Jackson is now a clear-cut favorite to win the Heisman Trophy, and the Cardinals are among the top three favorites to win the national championship at the Westgate SuperBook.

Jackson has accounted for 18 touchdowns during the Cardinals' 3-0 start. The sophomore quarterback began the season as a 100-1 long shot to win the Heisman and attracted more than a dozen bets, ranging from $5 to $200, at 100-1 after his eight-touchdown performance against Charlotte.

Jackson was at 8-1 heading into last week's game against then-No. 2 Florida State. After lighting up the Seminoles for 362 total yards and five total touchdowns in a 63-20 rout, Jackson reopened Sunday as a commanding favorite at 6-5 at the SuperBook.

"Six-to-five is ... well, try to bet someone else," SuperBook oddsmaker Ed Salmons said with a laugh.

Louisville also shot up the odds to win the national championship. The Cardinals are now 5-1, behind only consensus favorite Alabama (7-2) and Ohio State (4-1).

Salmons, a 20-plus-year Vegas oddsmaker who is considered among the sharpest college football oddsmakers by his peers, has Louisville at No. 4 in his power ratings.

"They are probably a point behind Clemson, maybe one-half point," Salmons said. "Alabama and Ohio State are a step above everyone else."

Ohio State quarterback J.T. Barrett, at 6-1, is the second favorite to win the Heisman Trophy, followed by Clemson quarterback Deshaun Watson (8-1) and Stanford running back Christian McCaffrey (8-1). But Jackson is, by far, the biggest liability for the books.

"Lamar Jackson is just a massive loser for us at this point," MGM vice president of race and sports Jay Rood said. "I'm hoping Clemson can solve some of those problems for us." 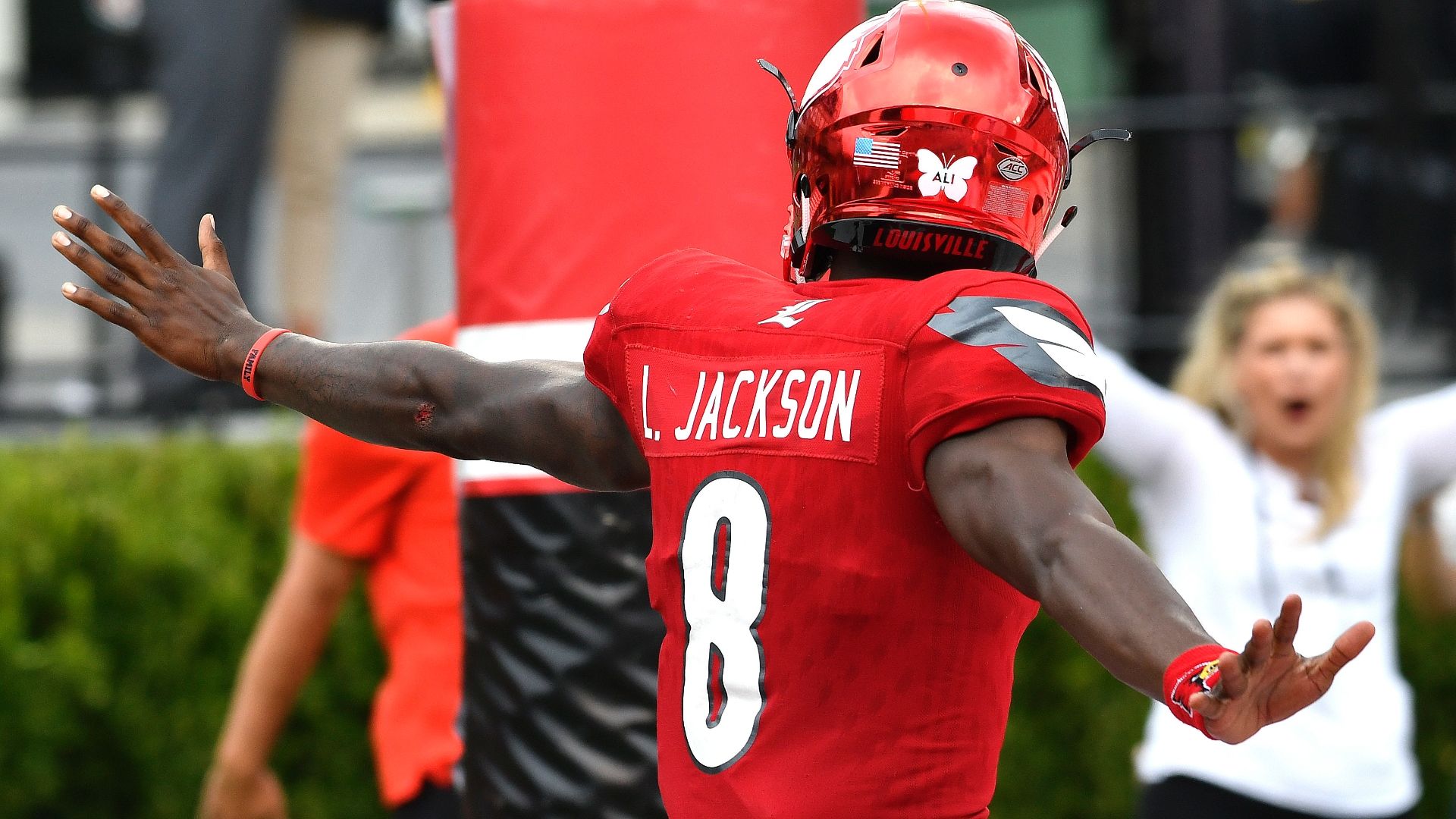