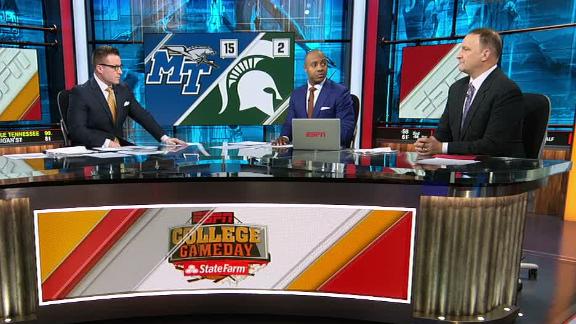 LAS VEGAS -- More money was bet on Michigan State to win the NCAA tournament than any other team at multiple sportsbooks. That money will be staying in-house.

Middle Tennessee, a 16-point underdog, knocked off the Spartans 90-81on Friday in St. Louis. The Blue Raiders were 20-1 to win the game straight and became the eighth No. 15 seed to beat a No. 2 seed.

William Hill's Nevada sportsbook took 78 money-line bets on Middle Tennessee, the largest a $265 wager that netted $5,300. A disappointed Spartans bettor risked $150 on the money-line at -7,000 odds. The wager would have netted $2.15.

The Spartans were the most popular bet to win the NCAA tournament at the Westgate SuperBook in both money and number of tickets after the bracket was released. Michigan State, the No. 2 seed in the East Region, was the tournament favorite or co-favorite at most sportsbooks with odds around 9-2. Middle Tennessee could be found as long as 2,000-1. The Westgate took one $5 bet on the Blue Raiders to win it all.

Eighteen percent of all the money bet on William Hill's odds to win the NCAA tournament was on the Spartans, including a $50,000 futures bet that would have paid $325,000. Only Kansas attracted more money at William Hill.

Caesars sportsbook said Michigan State was by far its biggest liability. There were four bets on Middle Tennessee compared with 513 on the Spartans.

Middle Tennessee's upset continued a strong start to the NCAA tournament for Las Vegas books. The first Thursday of the 2015 tournament produced the biggest single-day win other than the Super Bowl for both the MGM and Golden Nugget sports books. This year's first full day was almost as good, MGM vice president of race and sports Jay Rood said. The Nugget reported a similar result. Caesars sportsbooks won $1 million company-wide Thursday.

After a rough start, bettors battled back Friday night, when a run of wild finishes mostly went against the house and electrified the crowds at the sportsbooks. The biggest decision of the early slate was the Oklahoma-Cal State-Bakersfield game. Eighty-five percent of spread bets on the game were on the Sooners -14.5. Oklahoma won 82-68. As the Sooners dribbled out the final 15 seconds, the desperate crowd yelled, "shoot" and "foul" at the Westgate SuperBook.

Things turned around for bettors in the late slate with Notre Dame and Wisconsin rallying in the second half to win and cover the spread.

Northern Iowa's half-court buzzer-beater that knocked off Texas sent up a roar that could be heard throughout the MGM Grand hotel. Sixty-one percent of the money was on Northern Iowa at William Hill. Oregon, Xavier and St. Joe's winning and covering also was good for bettors at most shops. 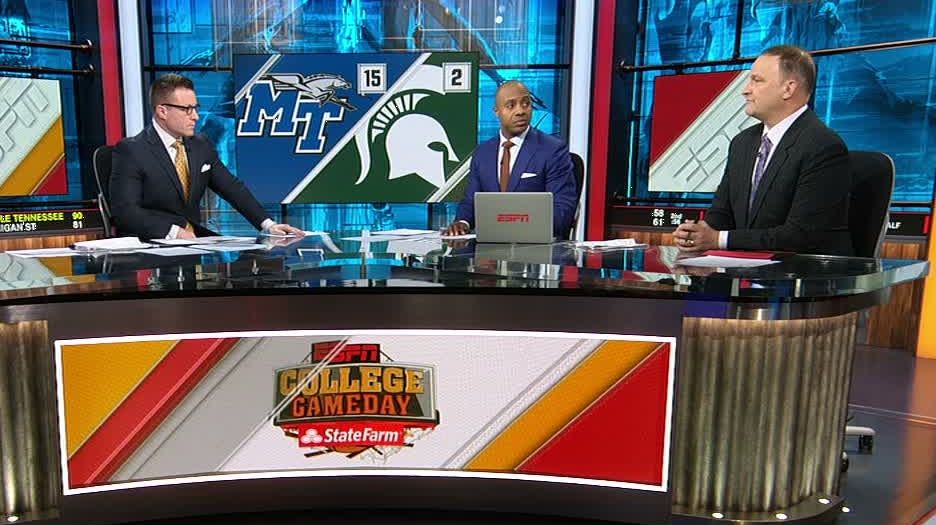 How did Michigan State lose?
Dan Dakich and Jay Wiliams break down what went wrong for Michigan State in a 90-81 loss to Middle Tennessee in the first round of the NCAA tournament. 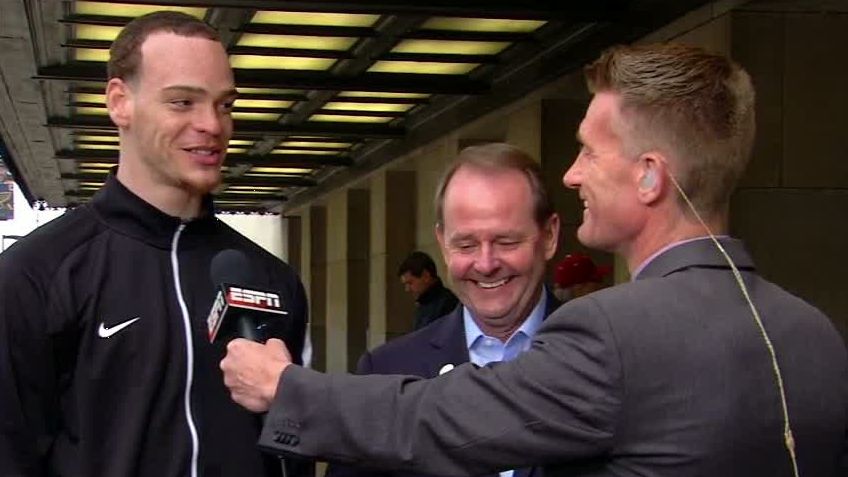