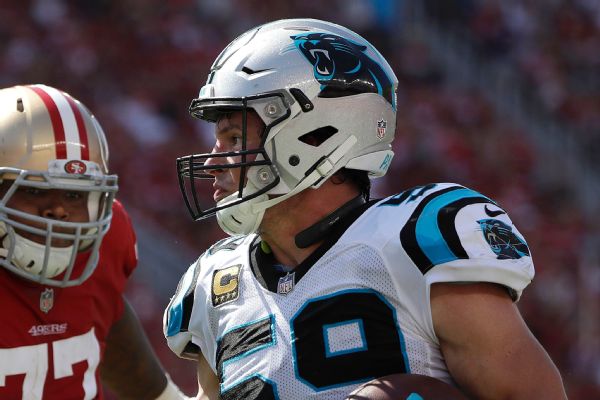 The Carolina Panthers do not believe that Luke Kuechly suffered another concussion even though the star linebacker remains in the concussion protocol, league sources told ESPN.

The Panthers announced Sunday that Kuechly remains in the protocol and needs to go through a series of steps before being cleared to play. The concussion protocol requires a player to pass five levels of tests before he is cleared.

But all tests conducted on Kuechly since Thursday night's loss to the Philadelphia Eagles have not revealed another concussion, sources said.

Kuechly entered the concussion protocol Thursday after he collided with Eagles guard Brandon Brooks and hurt his shoulder and neck, but he was at the team's training facility Friday and felt fine, according to those around him.

"It's always encouraging, not just from a standpoint of Luke getting back on the field, but with his health," Panthers defensive coordinator Steve Wilks told reporters Friday. "It's good to know he was feeling a lot better today, in good spirits and being his old self. I'm excited about that."

Kuechly's availability for next Sunday's game at Chicago isn't guaranteed, but for now, the Panthers are assuming he will be able to play, sources said.