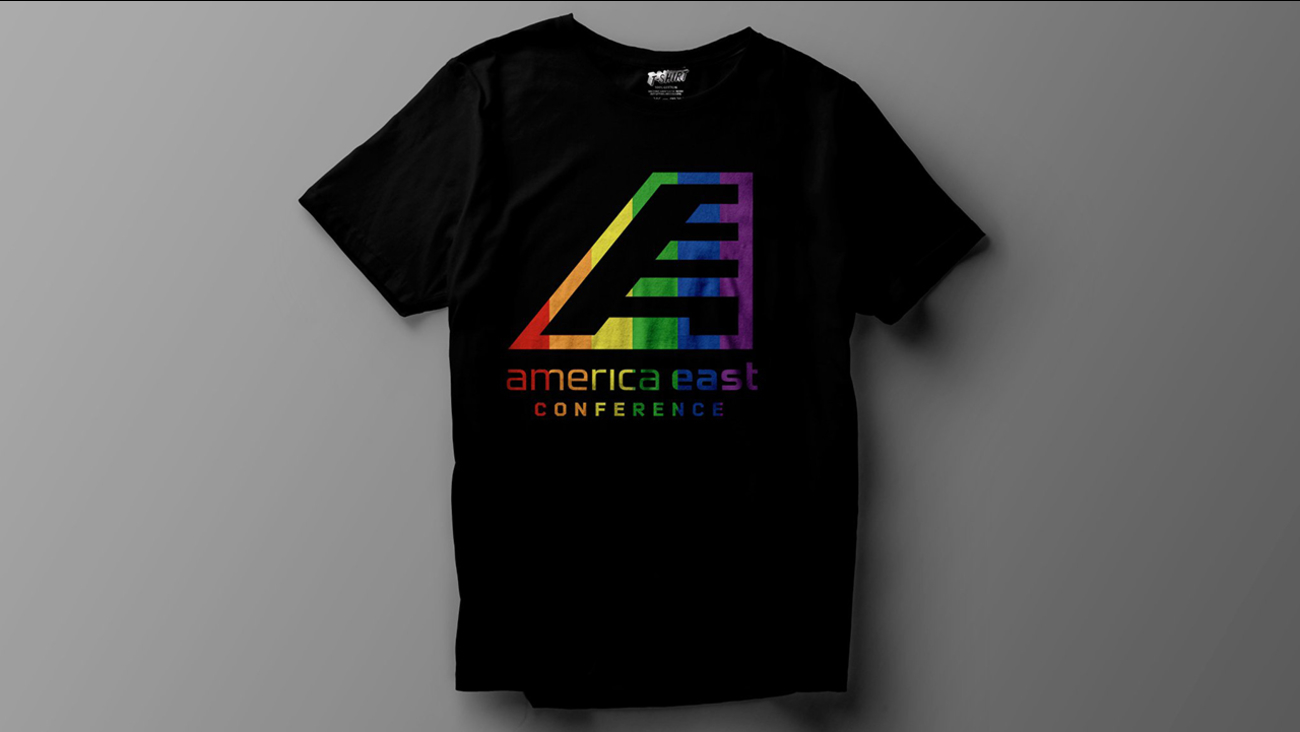 The Maine men's basketball team will wear black and rainbow-themed warm-up shirts before its Saturday game against Duke as a way to protest North Carolina's controversial HB2 law.

That law, signed in March by Gov. Pat McCrory, effectively prevents transgender people from using a bathroom of their identity, rather than of the gender on their birth certificate.

The warm-up shirts are in coordination with You Can Play, a social activism organization dedicated to eradicating homophobia and transphobia through the sports world. The team also has the support of the America East Conference, of which Maine is a member.

"It's one thing to boycott or not show up because of the financial impact and the message that would send," said Chris Mosier, You Can Play's vice president of program development and community relations. "But they wanted to be visible and the biggest thing is they want to take the next step. It's not just wearing a pin or a patch or a shirt. They want to be better allies. And they would have done this whether it was Duke or any North Carolina institution because (HB2) doesn't align with their values."

The law applies only to bathrooms in government buildings, schools and public universities. Duke is a private institution and is not subject to the measure, but has come out against it.

Duke athletic director Kevin White told ESPN in July the bill is "most unfortunate. As an institution, if not personally, we have gone on the record indicating that our state position on this is very troubling, if not embarrassing."

Maine is not the first America East program to take action in response to the law. The Albany men's basketball team canceled its Nov. 12 matchup with the Blue Devils, as New York Gov. Andrew Cuomo issued an executive order banning publicly funded and nonessential travel to North Carolina. And the Vermont women's basketball team canceled its road game against North Carolina.

Maine considered also cancelling its trip to Durham but decided the television audience could draw attention to its cause.

The conference partnered with You Can Play back in 2012 with all nine conference members hosting a "You Can Play Night" throughout the fall, winter and spring sports seasons.

"Had we not had the groundwork from 2012, I don't think Maine would be taking such an assertive effort for the Duke game," said America East Commissioner Amy Huchthausen. "We haven't issued an official statement on HB2, but our actions have spoken pretty loud and clear of where we stand. When people turn on the TV on Saturday, the message can speak for itself."

The law has caused ramifications in other sporting events in the state. In February, the NBA decided to move its All-Star Game from Charlotte to New Orleans. In September,the ACC decided to move all neutral-site conference championship games out of North Carolina. The NCAA also moved seven championship events this academic year from North Carolina, including the first and second rounds of the 2017 NCAA men's basketball tournament.