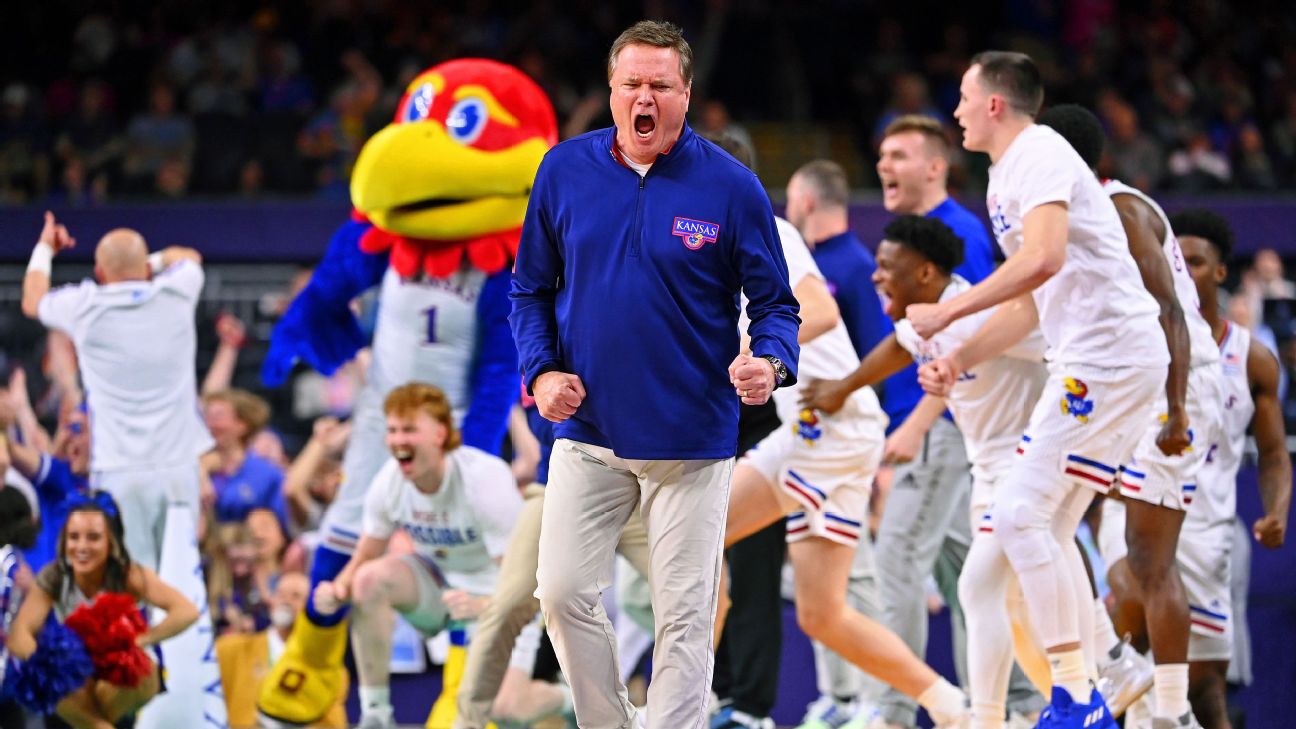 Well, folks, we made it. Countless upsets and busted brackets later, the2022 NCAA men's basketball tournament is over. It's officially "One Shining Moment" time for theKansas Jayhawkswho beat the North Carolina Tar Heels72-69in Monday's national championship game in New Orleans.

The Jayhawks scored the first seven points of the game before the Heels took off. In a six-minute stretch to end the first half, UNC rattled off 16 unanswered points. It was just the third time this season that Kansas has trailed by double figures. UNC'sArmando Bacot, who entered the matchup with an injured ankle, refused to be deterred. He had 12 points and 10 rebounds in the first half.


The second half? That was an entirely different story as Kansas came back with avengeance. The Jayhawks, who trailed by 15 at halftime, went on a 31-10 run in the first 10 minutes of the second half.David McCormackcame up clutch for Kansas with 15 points and 10 rebounds.

UNC's Bacot finished the night with 15 points and 15 rebounds before re-injuring his ankle in the final minute while going for what would've been a potential game-winning layup attempt. He was unable to return to the game.


KU's comeback win puts them in rare (read: non-existent) company. Kansas is the first team in Final Four history to overcome a 15-point halftime deficit to win the title game. According to ESPN Stats & Information data, teams down 15+ points at halftime are now 9-452 (.980) in NCAA tournament history.

Here's how social media celebrated -- and lamented -- the outcome of the blue blood battle: 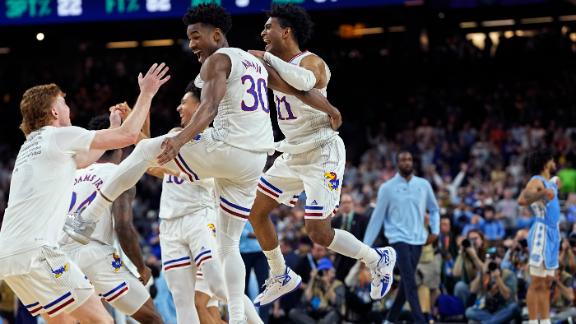