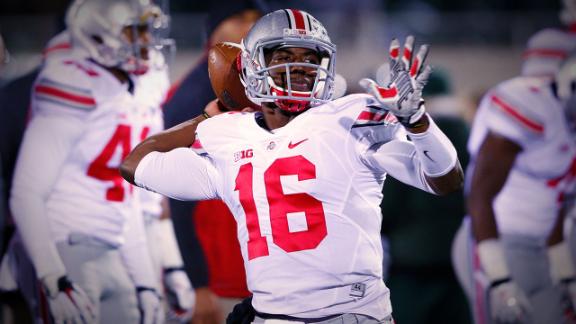 COLUMBUS, Ohio -- Clearly there is no controversy at quarterback this season for Ohio State, but there already appears to be one shaping up for next year.

After previously backing Braxton Miller as his starter when he returns from the shoulder injury he suffered in August, Buckeyes coach Urban Meyer seems to have backed off that stance with J.T. Barrett playing at an elite level and keeping the team in the thick of the College Football Playoff conversation.

It won't arrive this season with Miller still facing a long rehabilitation process and Barrett clearly in command of Ohio State's high-scoring offense. The redshirt freshman earned his third Big Ten offensive player of the week honors of the season Monday after accounting for five touchdowns in a critical East Division road victory over No. 8 Michigan State, essentially picking up where Miller left off after two record-breaking seasons with the Buckeyes.

Miller, a two-time Big Ten Offensive Player of the Year, hasn't offered any public comments about his future since reinjuring his throwing shoulder in training camp and releasing a statement indicating that he planned to return to the Buckeyes. One month later, on Sept. 30, Meyer left little doubt that Miller's place in the lineup would be waiting for him and saying definitively, "Braxton is our quarterback."

But since then, Barrett has emerged as one of the best in the nation at the position, completing 64 percent of his passes for 2,156 yards and 26 touchdowns and rushing for 582 yards with eight more scores on the ground. That has opened up the debate for 2015, although Ohio State is trying to keep its focus on this season and a trip to Minnesota on Saturday.

"Again, I know it sounds like coachspeak, but I honestly give [a potential 2015 competition] zero thought," offensive coordinator Tom Herman said. "Zero. I hate to say that, but I'm focused on this team -- and I'm also focused on Braxton and his rehab, which is going great, from what I understand. He's diligent, he's working his tail off in there and doing everything that's asked of him.

"We'll cross that bridge when we come to it."

Herman made it clear that Ohio State is still anticipating having Miller back next fall, and he said he "can't even imagine" the possibility of the senior transferring for his final season of eligibility.

That could make for a heated battle when Miller is healthy enough to throw again, which isn't expected until sometime after spring practice.

"We're very fortunate to have those guys," Meyer said.

Barrett Boosting Buckeyes
Adam Rittenberg looks at the turnaround Ohio State has undergone since losing to Virginia Tech, and the potential problem the Buckeyes could have next season with both Braxton Miller and J.T. Barrett battling for snaps. 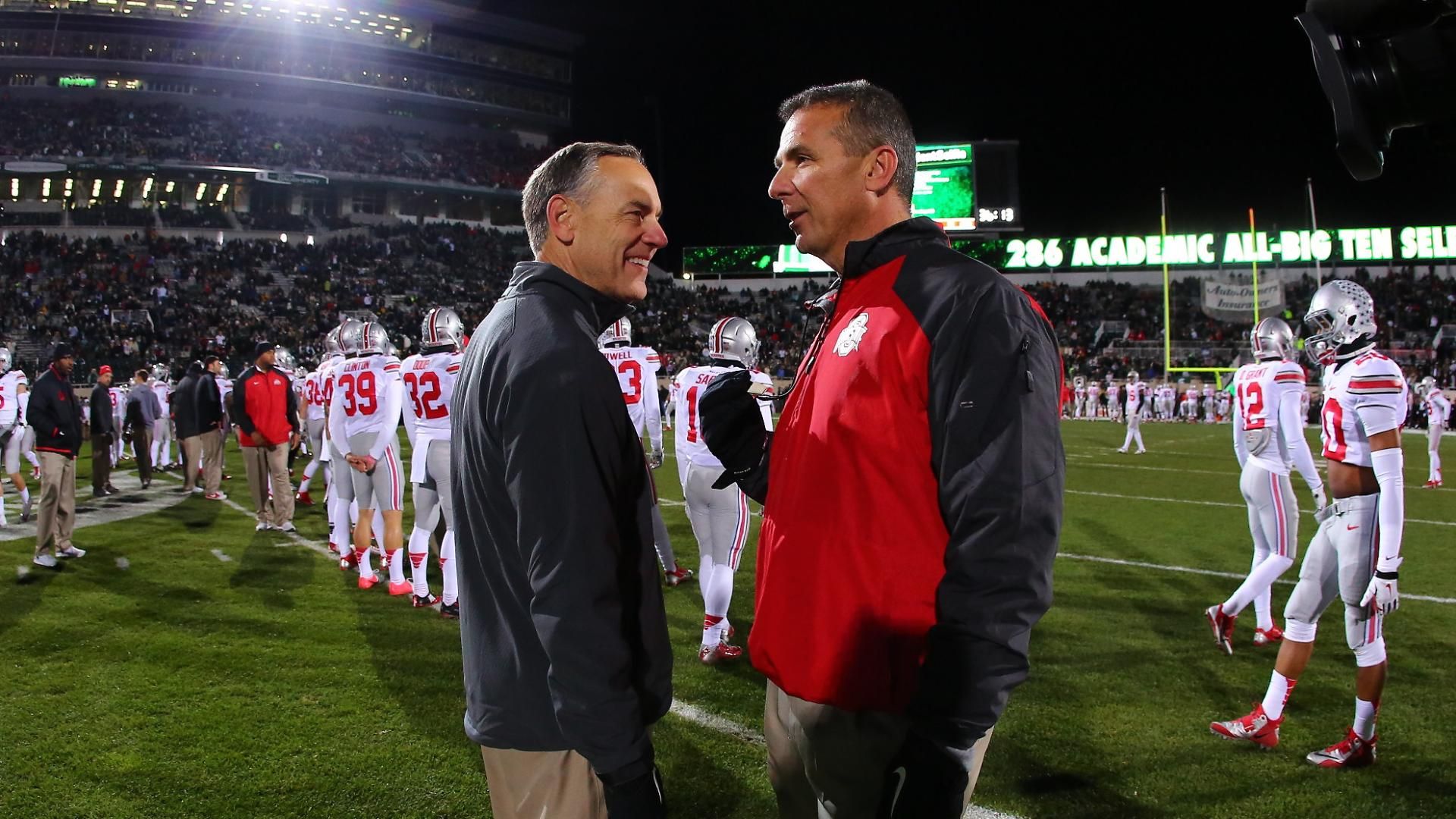 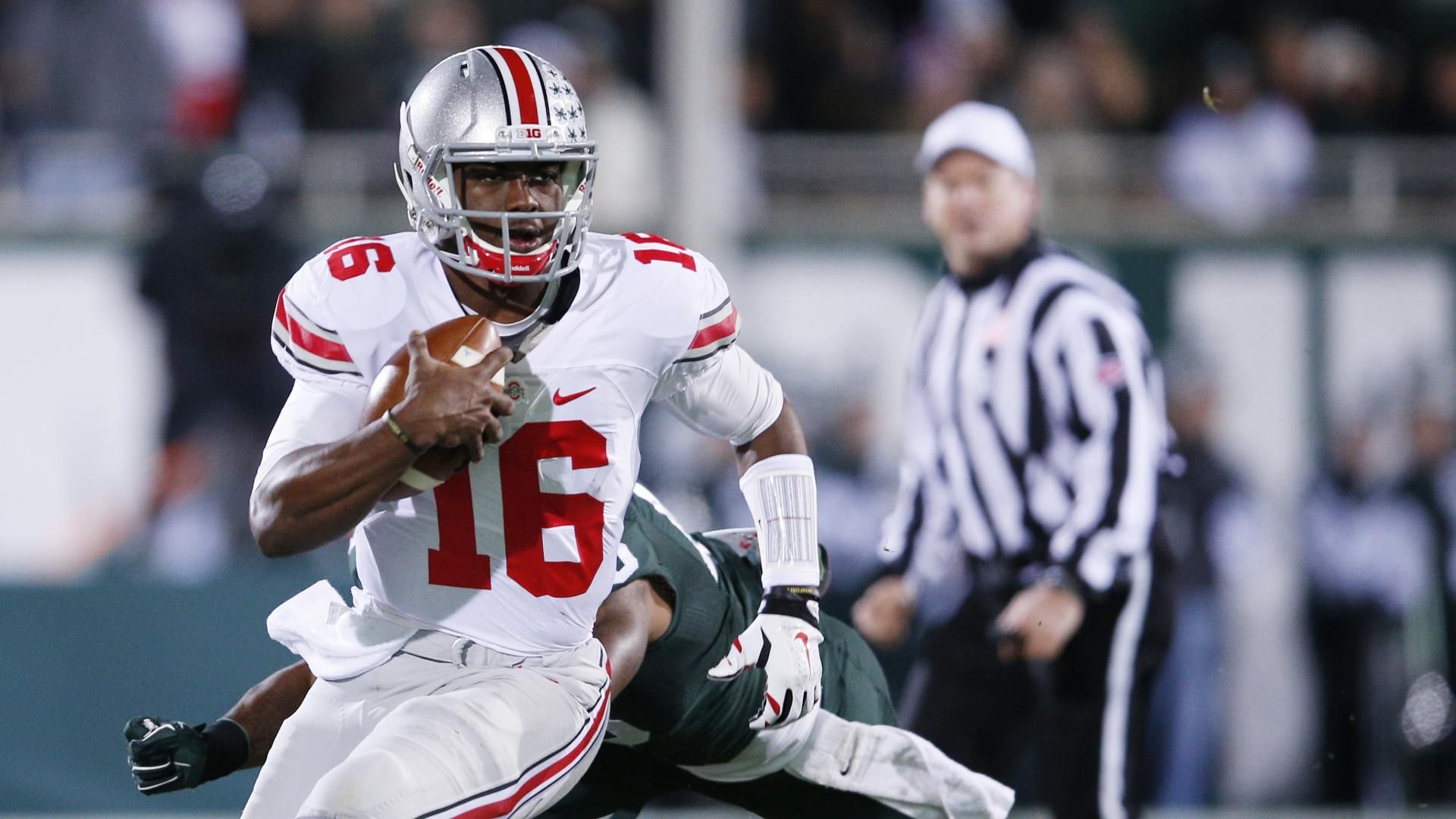