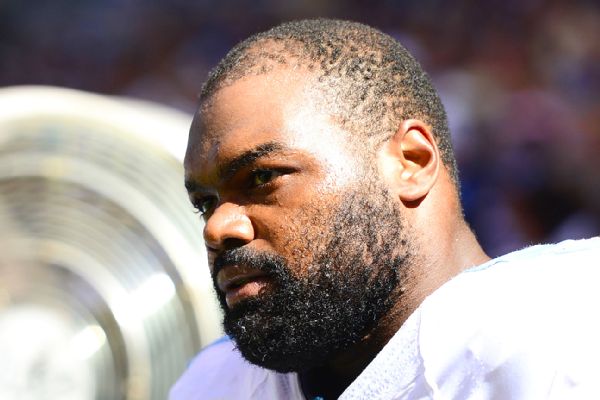 Oher's future with the team, however, remains uncertain.

Oher was placed in the concussion protocol in September and missed the final 13 games of last season. The subject of the 2009 Hollywood movie "The Blind Side'' remained in the protocol when he reported for a mandatory June minicamp after missing the voluntary portion of offseason workouts.

He never took the field during the mandatory minicamp, but he was scheduled to meet with doctors. Panthers coach Ron Rivera was vague when asked whether Oher would be with the team in training camp.

"We're going to go into training camp with the guys that we have," Rivera said. "We'll have 90 on our roster, and we'll be ready to go with those guys."

Oher was Carolina's starting left tackle during the 2015 Super Bowl run and the first three games of the 2016 season before suffering the concussion. The Panthers signed free agent Matt Kalil to a five-year, $55.5 million deal during the offseason to play left tackle, with the plan to move Oher to the right side.

Oher, 31, has spent most of the offseason in Nashville, Tennessee, where he was charged with assaulting an Uber driver in April. He is scheduled to appear in court for the misdemeanor charge on July 21.

Oher signed a three-year extension through the 2019 season in June 2016. He is set to count $5,093,750 against the 2017 salary cap. Releasing him would save only $1,693,760 in cap space this season.
Report a correction or typo
Related topics:
sportsespnron riveraprotocoltaylor motoncarolina panthersnflthe blind sidemichael ohertraining campconcussionmatt kalildaryl williams
Copyright © 2022 ESPN Internet Ventures. All rights reserved.
TOP STORIES
Snow, sleet, freezing rain expected again this week
NC legislature votes to further delay primaries until June 7
Third arrest made in Black Friday shooting at Streets at Southpoint
Daniel Turcios shot 5 times after crash on I-440, RPD reports
'He was special': Durham friends remember Andre Leon Talley
'We can't get any more': Store struggles to restock shelves
Victim in fatal I-85 crash was just 3 months old
Show More
19-year-old charged in wreck that left 2 Marines dead
Earnhardt Jr. to be inducted into NASCAR Hall of Fame
Raleigh man feels lucky to be alive after bullet found above his bed
2-year-old accidentally shot himself in Harnett County
Biden, 1 year in, says nation weary from COVID but in a better place
More TOP STORIES News