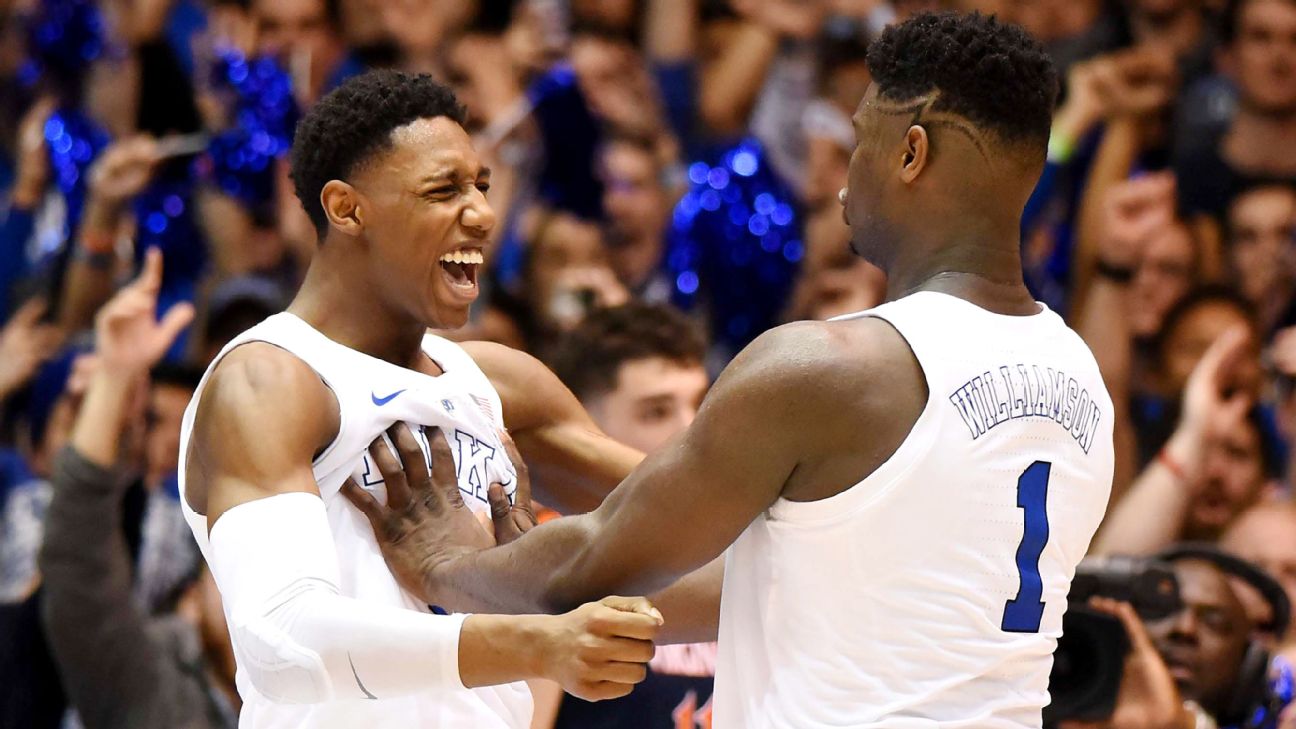 ESPN
By Jordan Schultz
The 2018-19 college basketball landscape is littered with great players -- and not just freshmen, either! As we get into the second half of conference play, we wanted to highlight the 15 best, knowing full well that an array of new cases for All-America candidacy will be made come March.

Williamson has exceeded a seemingly impossible level of expectations. A one-man zone-buster from the high post who eats up the teeth of a defense with his quickness and ability to elevate, Williamson is also an elite shot-blocker and posts the best Player Efficiency Rating (42.6 as of Monday) since the creation of the statistic during the 2009-10 season. Maybe most important is the continued progression of his perimeter jumper. Williamson's shooting stroke still needs refining, but his has become a smoother, quieter motion, resulting in elevated numbers from outside.

Barrett has been a supremely efficient scorer, often taking over games with his ability to attack closeouts and get a bucket on command. A 6-foot-7, 202-pound matchup nightmare, Barrett is a legitimate three-level threat because of his immense skill set and willingness to take big shots. At a tick above 23 points per game, the Canadian has an opportunity to go down as Duke's most accomplished freshman scorer ever.

One of the most explosive scorers in the country, Howard has already posted two 45-point games, as well as a 53-point effort. Despite his sub-6-foot stature, Howard plays with tremendous bounce, quickness and a lethal crossover going either direction. He consistently makes both contested and clutch shots and doesn't need a ball screen to make a play, even against loaded-up defenses.

College basketball's version of Russell Westbrook: That is the best way to describe the aerial act that is Murray State's Ja Morant. With his fearless forays into the paint resulting in highlight-reel dunks, tough finishes and impressive passes, Morant averages 24 points per game to go along with a robust 10.2 assists, which is tops in the country. No guard plays passing lanes better, either -- think of a young Allen Iverson -- and Morant's two steals per game often result in a one-man fast break.

Averaging 20 points per game on 60 percent shooting, the Japanese-born Hachimura is a vastly improved player whose sensational combination of strength, quickness and length (7-foot-2 wingspan) gives other forwards fits on both ends. He displays excellent patience and a diverse skill set when he operates from either the perimeter or low block.

One of the best overall players in America, the 6-foot-10 Happ averages 18.5 points -- almost all from the block and interior -- along with 10.3 rebounds. Happ separates himself with rare vision and decision-making to find cutters and deliver on-point skip passes. Often the recipient of double-teams, Happ tallies nearly five assists, as well.

Edwards is similar to Markus Howard with his incredible scoring ability and capacity to attack gaps with elite change of direction. No major-conference player can match Edwards' 24.5 PPG, either. Plus, he keeps coming at you. Hovering around 6-foot, Edwards is constantly on the attack, probing the paint and exercising a series of step-backs to locate his spots.

A lightning-quick left-handed assassin, Ponds is the Johnnies' engine. Lethal in both transition and pick-and-roll, his 5.6 assists lead the Big East, while his 20.4 points slot him third. Most importantly, Ponds is Chris Mullin's go-to option in the clutch, an area in which the 175-pound guard excels.

No surprise here, with Daum fast-approaching rarified air as a potential 3,000-point scorer. Blessed with a deft shooting touch (36.8 percent 3s) and enough chops to drive the ball, the 6-foot-9, 235-pound forward inverts the floor by averaging 24.9 PPG on 52 percent shooting.

The San Jose State transfer has been exceptional for Gonzaga, showcasing his strong scoring punch (16.4 PPG), excellent rim protection (2.9 blocks, ranking third nationally) and paint-finishing ability -- hence his 70 percent conversion rate on 2-point attempts. Clarke is a jumping jack, who just so happens to be immensely skilled on both sides of the floor.

Schofield is simply one of the most productive two-way players in the country. An ideal Robin to Grant Williams' Batman, Schofield possesses strong playmaking skills to complement his feathery perimeter shooting touch (39 percent from 3), and he also consistently defends top scoring threats.

The Memphis transfer has helped power Kansas all season, particularly without injured center Udoka Azubuike. Highlighted by Lawson's capacity to make plays and score from both the high post and low block, he averages 19.5 PPG and 10.9 RPG.

Arguably the best point guard to come through East Lansing under Tom Izzo, Winston's steady and creative hand (Big Ten-leading 7.3 APG) is only topped by a healthy 18.8 PPG on a ridiculous 45.4 percent from distance.

Culver, a Lubbock native, is perhaps the best two-way wing in college basketball, flashing pure lockdown ability and dynamic scoring skills (22.8 PPG per 40 minutes) on a nightly basis. But there is more to his game. At 6-foot-5, the ultra-smooth Culver -- who also collects 6.8 rebounds per game -- has both the vision and basketball acumen to make his teammates better (he averages 3.7 assists per contest). 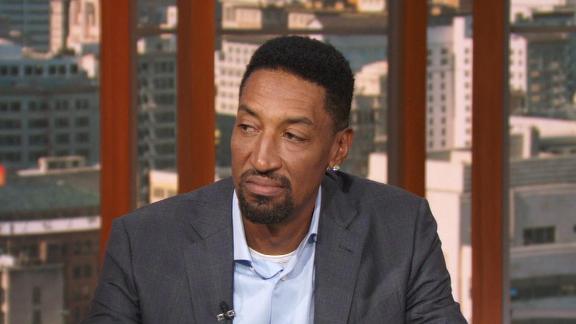