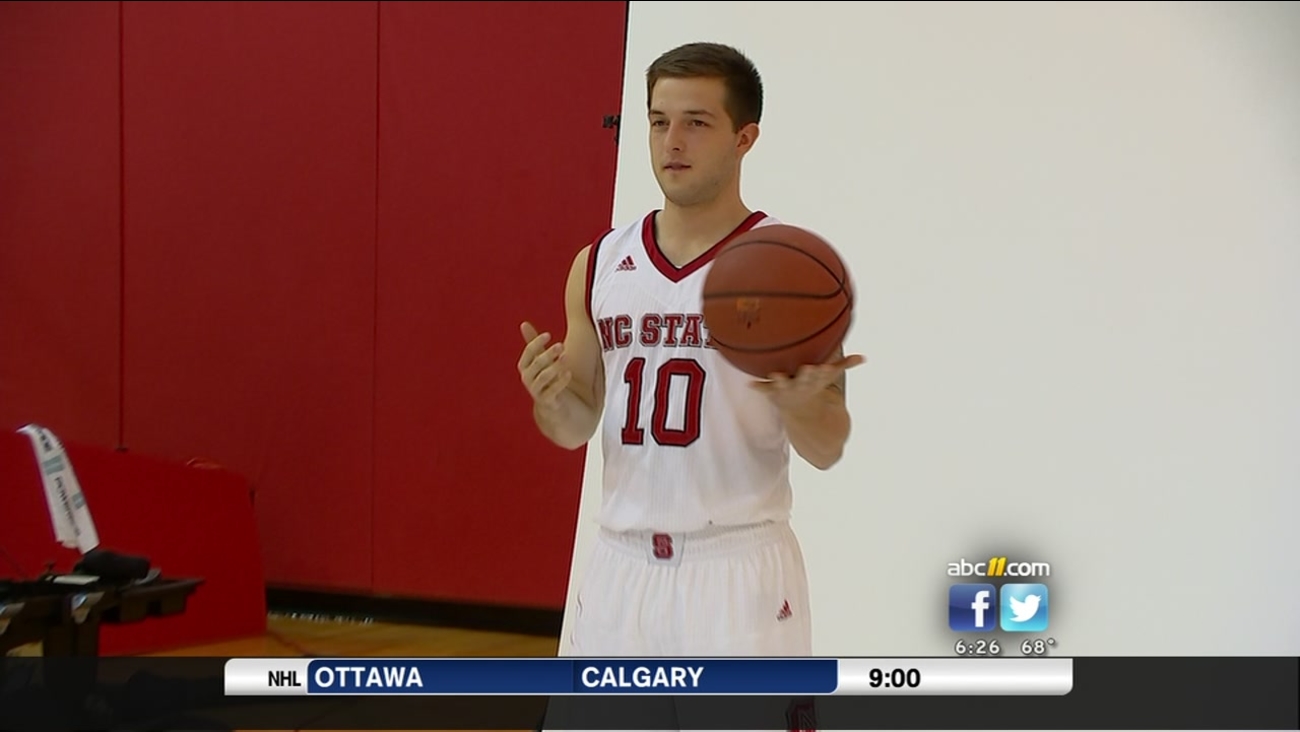 Braxton Beverly was told he has to sit out a year and then lost an appeal. Finally, the NCAA has come to its senses.

RALEIGH, North Carolina (WTVD) -- There's no other way to put it - the NCAA finally came to its senses Tuesday and will allow NC State guard Braxton Beverly to play this year.

Twice before, it had denied his appeals for immediate eligibility. Beverly will suit up for the Wolfpack at PNC Arena on Tuesday night as they play Bryant.

Beverly had become the cause du jour of the college hoops scene, drawing outspoken support from the likes of ESPN's Jay Bilas and Dickie V.

Having spoken to Beverly's attorney, Scott Tompsett, my sense was always that public pressure would eventually force the NCAA's hand more than any further legal wrangling.

We appreciate the NCAA reaching out to further discuss the circumstances surrounding Braxton’s decision to leave Ohio State. We fully support his immediate eligibility and wish him well. Great move! https://t.co/ZaP1dqWoRE

His case was cut and dry and should never have taken this long. How could you penalize a kid athletically for getting a jumpstart on his academic career at Ohio State? In the end, the NCAA couldn't justifiably do that.

"Braxton is absolutely thrilled with the NCAA's decision to make him immediately eligible to compete for NC State this season. He'll be suited up and ready to play in tonight's game against Bryant.

Braxton wants to thank the NCAA for carefully considering NC State's Request for Reconsideration and permitting him to play this season. He is very grateful.

Braxton also appreciates the public support he's received from so many people across the country and the media outlets that have reported on his case.

Braxton is ready to compete for the NC State Wolfpack!"

Beverly figures to be a reserve for the Pack this year, so this was never about the prominence of his role with the team. It was about right and wrong. Right finally arrived, just two games later than it should've.

Coincidentally - Kevin Keatts received a commitment Tuesday from JUCO forward DJ Funderburk. Funderburk was briefly a teammate of Beverly's at Ohio State and before that, Hargrave Military Academy.

God always opens doors for those who stay the course and trust the process ‼️ Wolf Pack Nation 🐺 pic.twitter.com/Sv1U3dZ6fu

Current Pack assistant coach AW Hamilton coached the duo at Hargrave. It's a family reunion! (Once Funderburk arrives next year anyway). DJ was once a top 100 recruit out of the Cleveland area.

He was kicked off Ohio State's team this summer after a redshirt year. Now playing at Northwest Florida State, he'll join NC State next season as a sophomore.

Here’s some Funderburk video from his Juco in Florida. Reunited at State with former teammate Braxton Beverly and coach AW Hamilton: pic.twitter.com/0pjl1x3wBL

ABC11 has decided to slowly reduce the number of stories on the website that have a comments section. We believe very strongly that our audience should have an opportunity to discuss and debate events in our world, however, we have not been able to moderate the comments as well as we would like. Instead of hosting a platform that could allow a few loud and ugly voices to dominate a conversation, we want to encourage everyone to join us on our social media platforms and speak out there. Facebook: facebook.com/ABC11 Twitter: twitter.com/ABC11_WTVD
Report a correction or typo
Related topics:
sportsraleighncaanc state wolfpack
Copyright © 2022 WTVD-TV. All Rights Reserved.
TOP STORIES
Clayton police searching for man involved in shooting injuring 1
Event for Ukraine raises money for paramedics on frontlines
Zibanejad leads Rangers to 3-1 win over Hurricanes in Game 3
1 person in hospital after a pedestrian was hit crossing I-95
78,000 pounds of infant formula arrives in US
Barber attempts to cut concerns about violence in Durham
12-year-old girl escapes burning Cary home
Show More
Texas woman sought in fatal shooting of pro cyclist: US Marshals
Snorkeler finds $2,000 dentures in Gulf - reunites with owner
'Absolutely terrified' teen boy dies hours after 'sextortion' scam
AAPI heritage celebration highlights cultures and traditions
Barbershop Buzz helps concerned men share fatherhood advice and tips
More TOP STORIES News