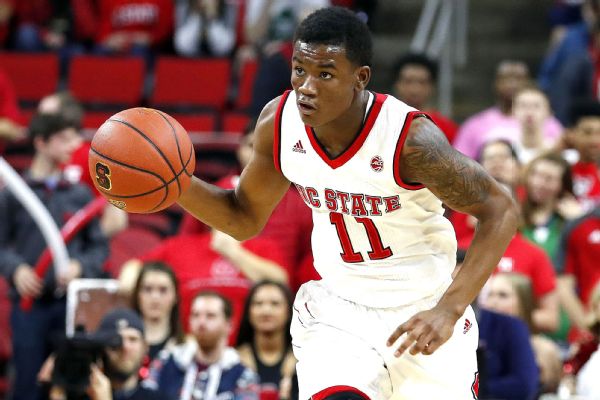 NC State starting point guardMarkell Johnsonhas been suspended indefinitely for "a violation of the Student-Athlete Code of Conduct,'' the school announced Saturday.

Johnson missed Saturday's 81-76 loss to UNC Greensboro, which picked up its first win against the Wolfpack in 11 attempts and just its third win in 62 games vs. ACC opponents.

Johnson wore warmups as he sat on NC State's bench during the game. He had started all 10 games this season, averaging 8.7 points, 6.6 assists and an ACC-leading 2.4 steals per game.

NC State coach Kevin Keatts offered no timetable for Johnson's return and did not agree with the notion that the team missed him during Saturday's loss.

"I wouldn't call it troubling,'' Keatts said. "We were able to put a team out on the floor. Listen, I'm not going to make an excuse because we didn't have a young man play."

Abdul-Malik Abu made his first start for the Wolfpack (8-3) in Johnson's absence.