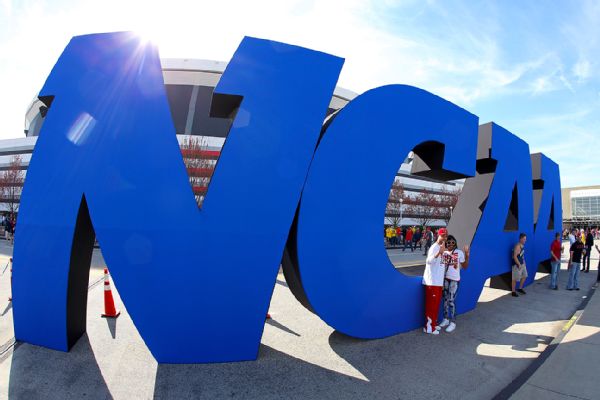 ESPN
The NCAA and 11 major athletic conferences announced Friday night that they have agreed to pay $208.7 million to settle a federal class-action lawsuit filed by former college athletes who claimed the value of their scholarships was illegally capped.

The settlement still must be approved by a judge and it does not close the antitrust case. The NCAA said in a statement the association and conferences "will continue to vigorously oppose the remaining portion of the lawsuit seeking pay for play."

The settlement will be fully funded by NCAA reserves, the association said. No school or conference will be required to contribute.

The original antitrust lawsuit was filed in 2014 by former West Virginia football player Shawne Alston. The case was later combined with other lawsuits and covers Division I men's and women's basketball players and FBS football players who competed from 2009 to 2010 through 2016 to 2017 and did not receive a cost-of-attendance stipend.

In January 2015, the five wealthiest college conferences -- the Atlantic Coast Conference, Big Ten, Big 12, Pac-12 and Southeastern Conference -- passed NCAA legislation that allowed schools to increase the value of an athletic scholarship by several thousand dollars to the federally determined actual cost of attending a college or university.

Cost of attendance includes expenses beyond tuition, room and board, books and fees.

Each member of the class will receive approximately $6,000, said Steve Berman, lead attorney in the case.

"This is a historic settlement for student-athletes and there is more to come as the second part of the case seeks injunctive relief that will force the NCAA to pay student-athletes a fair share," Berman told AP in a text message Friday night.

The NCAA said in its statement that the agreement maintains cost of attendance as "an appropriate dividing line between collegiate and professional sports." The statement also said the NCAA and conferences "only settled this case because the terms are consistent with Division I financial aid rules."

Ramogi Huma, executive director of the National College Players Association, said the settlement lays the groundwork for a full challenge to the NCAA's capping of player compensation at the cost-of-attendance value of a scholarship.

Huma is an unpaid adviser to plaintiffs in the lawsuit and, working with antitrust lawyer Jeffrey Kessler, recruited the lead plaintiff, Clemson football player Martin Jenkins, in a separate lawsuit that argues for the lifting of the NCAA's current restrictions on what universities can offer players.

"This [is] another clear indication that college athletes cannot be denied equal protection under the law," Huma told ESPN. "It gives momentum to the Jenkins' case which can be a real game-changer financially for current and future college athletes."

The NCAA and college sports have been facing numerous legal challenges simultaneously in recent years.

Last year, a judge approved a $75 million class-action concussion case against the NCAA.

In 2014, a U.S. district judge decided the NCAA's use of names, images and likenesses of college athletes without compensation violated antitrust law. Judge Claudia Wilken ruled schools could -- but were not required to -- pay football and men's basketball players up to $5,000 per year. The money would go into a trust and be available to the athletes after leaving college. Wilken also ruled schools could increase the value of the athletic scholarship to meet the federal cost of attendance figure for each institution.

In 2015, the San Francisco-based 9th U.S. Circuit Court of Appeals overturned Wilken's ruling on the payments of $5,000 but upheld the antitrust violation.

The NCAA and Division I football conferences are also currently facing dozens of new lawsuits by former players seeking damages for the mishandling of concussions.