No. 1 PG Dennis Smith Jr. commits to NC State, will enroll in January

ESPN
By Jeff Borzello
Dennis Smith Jr., the No. 1-ranked point guard in the ESPN 100, will graduate high school early and enroll at NC State in January.

Smith, who made the announcement on ESPNU, tore his left ACL during the Adidas Nations event in early August and was expected to miss six to nine months following successful surgery. He committed to the Wolfpack in September over Kentucky, North Carolina, Louisville, Duke and Wake Forest.

"Mainly for the rehab purposes," Smith said when asked for the reasoning behind the decision. "I can rehab everyday there, and thankfully my grades were good enough for me to do it early."

January would mark five months from the time Smith had his surgery, which would be on the short end of the recovery timeline. Sources indicated that NC State doesn't plan to rush him back by January.

Smith is ranked No. 4 in the ESPN 100 for the 2016 class. He was the lone commit in NC State's recruiting class and signed his letter-of-intent on Thursday morning. 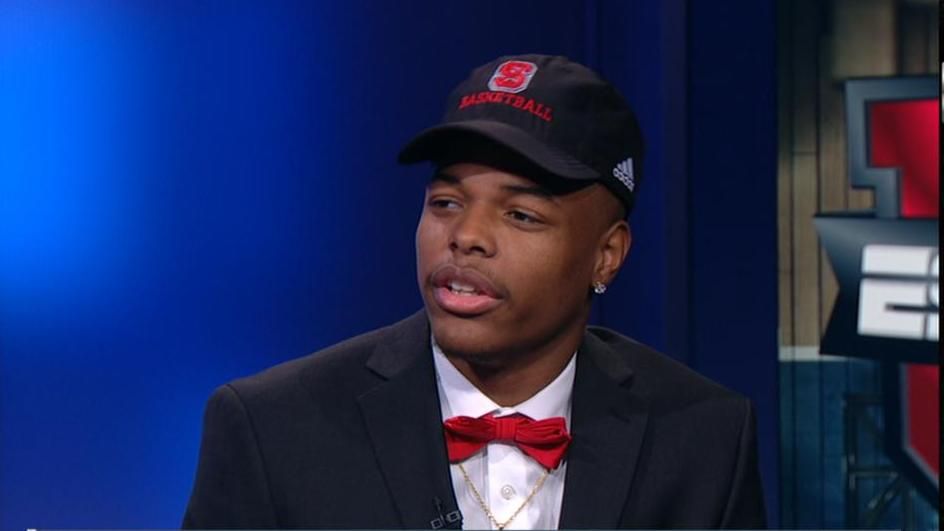