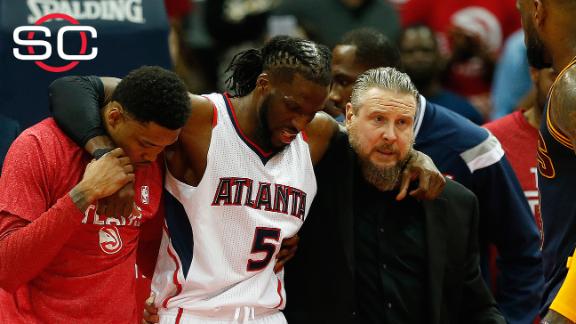 ATLANTA -- Hawks forward DeMarre Carroll has been diagnosed with a sprained left knee, the team confirmed Thursday. X-rays were negative.

Carroll's status for Game 2 of the Eastern Conference finals against Cleveland on Friday in Atlanta is questionable.Hawks coach Mike Budenholzer said Carroll will undergo extensive treatment between now and then.

There is no ligament or structural damage in the knee, nor any cartilage tears, merely a small bone bruise, according to sources who characterized the diagnosis following an MRI on Thursday as "the best-case scenario."

"A sigh of relief," Hawks forwardPaul Millsapsaid. "It looked worse than what it was. I'm happy for him."

Carroll injured the knee in the fourth quarter of Game 1 on a fast break when he landed awkwardly on his left foot as he gathered the ball to elevate for a layup attempt. He was being guarded by Cavs wing Iman Shumpert, although there was no contact on the play.

Players, coaches and trainers gathered around Carroll on the baseline before he was helped to his feet. He couldn't put pressure on the leg as he was helped off the floor and to the locker room.

Carroll returned to the Hawks training facility in Philips Arena after his examination Thursday, where he was greeted by teammates.

"It's always a relief to see a guy walk in under his own powers, smiling and laughing and cheering," Hawks forwardKent Bazemoresaid. "That's always good news."

Carroll, limited to five points and one rebound with two steals in 35 minutes, had been the team's most reliable player in the postseason entering Wednesday.

Brooklyn Nets coach Lionel Hollins cited Carroll as the series MVP after his team lost to the Hawks in the first round, and Carroll maintained his production in the Hawks' conference semifinals win over Washington. In 13 playoff games, including Wednesday night, he has averaged 16.2 points, 6.4 rebounds and 2.2 assists.

Accordingly, Carroll drew the task of defending LeBron James. He and James battled throughout Game 1, occasionally jawing at one another in tight one-on-one matchups in the halfcourt. As Carroll was being helped off the floor, James patted Carroll on the back and offered some words of encouragement.

"The NBA is a brotherhood," James said from the podium following the game. "You never want to see anybody get hurt."

Carroll's absence would present complications for Atlanta, which was already depleted on the wing after losing Thabo Sefolosha to a broken leg suffered in an incident last month with law enforcement in New York.

Bazemore replaced Carroll after his injury and presumably would be the starter should Carroll be unable to return to action.In addition, Millsap defended James a significant portion of the second half when Cleveland opted for a smaller lineup that featured James at power forward.

Millsap brought some levity to Thursday's media availability when asked what goes through his mind when he sees James writhing on the floor after an apparent injury, as he did on Wednesday night in the first half and in the Cavaliers' conference semifinals win over Chicago.

"What goes through my mind is he'll make a good actor after his career," Millsap said, before qualifying his statement. "He's a tough guy. He gets hurt and he's coming back in the game. He fights through it. So I don't think anything of it, to be honest with you -- that was a joke." 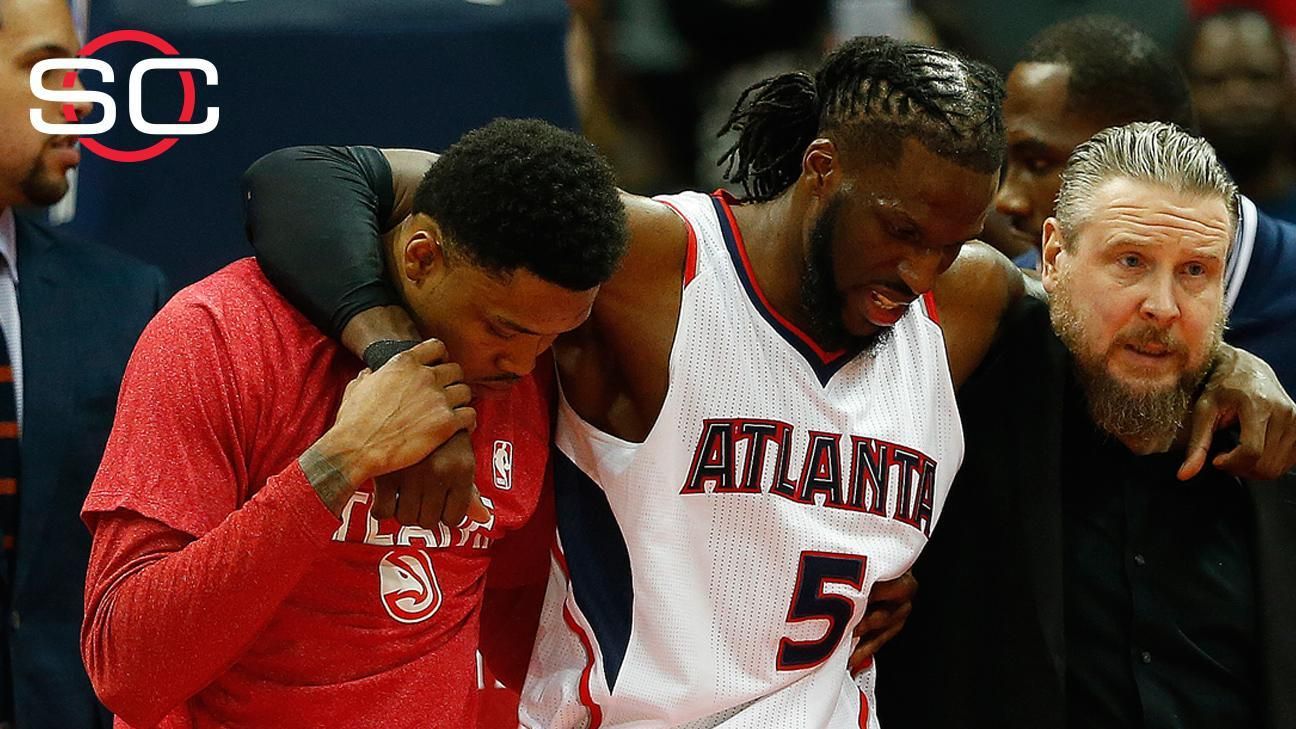