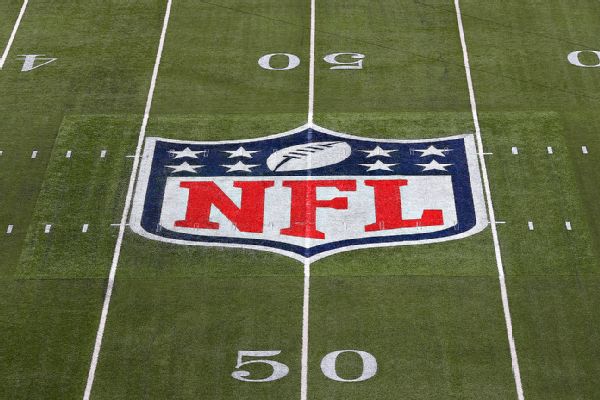 The 2016 Pro Bowl teams were announced Tuesday with the Oakland Raiders placing a league-high seven players on the AFC roster.

The Raiders (11-3) had three players selected from their offensive line, a big reason the team has finally ended its long playoff drought.

"It means a lot. It's a great honor to be recognized for what you do,'' Hudson said. "It's very humbling. I give a lot of thanks to our teammates because you can't do any of it by yourself.''

Despite missing the first four games of the season because of his Deflategate suspension, New England quarterback Tom Brady was picked for the 12th time in his career. Arizona wide receiver Larry Fitzgerald was selected for the 10th time.

Twenty-six of the 32 teams had at least one player picked. Twenty-players were selected to the Pro Bowl for the first time, including three rookies: Ezekiel Elliott and Dak Prescott from Dallas and Kansas City's Tyreek Hill.

Among the notable omissions was Detroit quarterback Matthew Stafford. The first-place Lions, who lead the NFC North at 9-5, did not have a single representative.

After the Raiders and Falcons, the Cowboys, Steelers and Titans were next with five players selected each.

In addition to Prescott and Elliott, offensive linemen Travis Frederick, Zack Martin and Tyron Smith were picked from Dallas.

For the surprising Titans, tied with Houston for first place in the AFC South, it's their most players picked for the Pro Bowl since they had six in 2008.

Running back DeMarco Murray leads the group. He has 1,224 yards rushing, second in the NFL behind Elliott. Left tackle Taylor Lewan earned his first Pro Bowl honor in his third season, and linebacker Brian Orakpo earned his fourth Pro Bowl trip overall and first since signing with Tennessee in March 2015. Tight end Delanie Walker and defensive lineman Jurrell Caseyboth earned their second Pro Bowl trip and were selected to start for the first time.

Beckham is tied for third in the NFL with 85 receptions and 10 touchdown catches, and he is fourth with 1,173 yards receiving. He became the first Giants player to be voted to three consecutive Pro Bowls since guard Chris Snee from 2008-10.

"It is exciting,'' Beckham said. "It is cool to be on a team with multiple Pro Bowlers, so it is a huge accomplishment for myself and my teammates.''

Cleveland tackle Joe Thomas, one of the game's elite left offensive tackles, became just the fifth player in NFL history to be selected 10 straight times to open a career. He also holds the team record for most Pro Bowls, a mark he previously shared with Hall of Famers Jim Brown and Lou Groza.

"It's always an honor to be recognized by the fans, coaches and your peers,'' said Thomas, who has not missed a snap since he was drafted in 2007. "It is a feeling that never gets old. When I think about Jim Brown and Lou Groza, I think about not just two of the greatest Browns, but two of the greatest players to ever suit up in the NFL. It's humbling to be mentioned in the same sentence as them. Those guys helped the Browns capture championships and that is one of my goals."

The Pro Bowl will be played on Sunday, Jan. 29, in Orlando, Florida. The game will return to the NFC vs. AFC format after three years. Former stars Jerome Bettis, Tony Gonzalez, Ray Lewis and Charles Woodson will serve as "Legends Captains."

The Pro Bowl players were determined by the consensus votes of fans, players and coaches. Each group's vote counted one-third toward determining the selections.