Panthers' McCaffrey talks about helping save a life 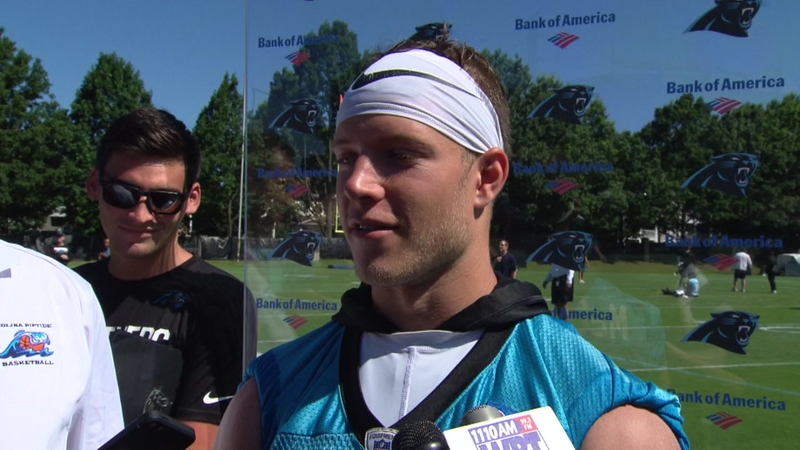 Panthers' McCaffrey talks about helping save a life

Christian McCaffrey was home in Colorado and went out for a standard hike with two of his brothers and a buddy back in March.

He witnessed 72-year-old Dan Smoker Sr. tumble off the side of a cliff and fall, almost certainly to his death.

It turned out he wasn't dead, but Smoker was in big trouble, with a raft of internal injuries.

McCaffrey called 911 and his buddy and brother helped attend to Smoker and his 13-year-old grandson, who had also been along for the hike.

This morning we got to meet the #CastleRock paramedics that worked on dad. What an amazing crew. #SmokerStrong pic.twitter.com/FiT7GzwZK5

After five and a half weeks in the hospital, Smoker has now recovered and the families have kept in touch.

In fact, at McCaffrey's invite, the Smokers will attend a Panthers game this season in Charlotte.

Michael Mann, @run__cmc and @notoriousmax25 are great football players, but even better humans. Yesterday, they helped save my dads life after he fell off of Castle Rock. They comforted my son when he was alone. Then showed up at the hospital to check in. @AdamSchefter @espn pic.twitter.com/MVAdbr2gYV

When the @Panthers said they were sending a gift basket, I thought it'd be some chocolates. This certainly went above and beyond! Panthers and @run__cmc, Eli and dad can't wait to come see y'all play! #KeepPounding #SmokerStrong pic.twitter.com/a6RO9dNjkp