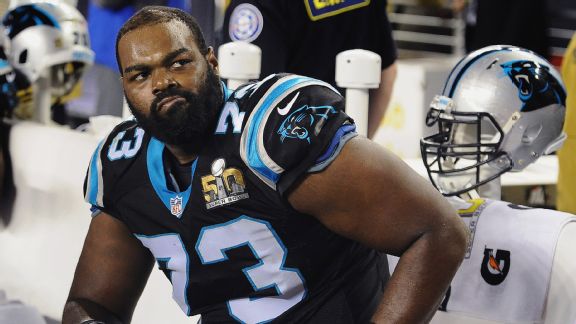 Oher also plans to play for the Panthers this season if cleared from the concussion protocol, the source said.

Oher missed the final 13 games last season after being placed in the protocol in late September. He was working out five days a week, according to general manager Dave Gettleman, in late March.

"He's working his fanny off,'' Gettleman said at the time. "He's doing NFL workouts. He is fully engaged in that weight room and sweating his butt off, and he looks great. He sounds great.''

But Oher was mysteriously absent during the first five weeks of voluntary workouts and there is no indication he will participate in the voluntary portion of OTAs.

Oher has spent much of his offseason in Nashville, Tennessee, where he was charged April 14 with allegedly assaulting an Uber driver. The subject of the 2009 Hollywood movie "The Blind Side'' was arrested May 9 but was not incarcerated.

He is scheduled to appear in court June 6.