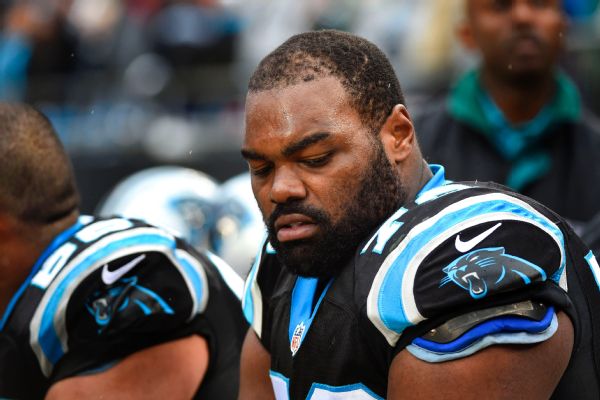 The incident was reported April 14, and Oher has been ordered to appear in court on May 8 for the misdemeanor assault charge.

Oher, a native of Memphis, Tennessee, is best known as the subject of the 2009 Hollywood movie "The Blind Side.''

"We are aware an incident occurred involving Michael,'' team spokesman Steven Drummond said. "We have no further comment at this time.''

According to the incident report acquired by ESPN.com, the Uber driver told Nashville Metro police that he picked up Oher and four other friends to go to a restaurant. The driver told police that Oher suggested the driver did not know where he was going and an argument broke out.

The argument continued at the destination of the ride as Oher and the driver got out of the car. The report said "the victim then put his hands towards the suspect's face and the suspect pushed him down onto the ground.''

The report said the driver also claimed "that the suspect then kicked him in the leg while he was on the ground.''

The other passengers then got out of the car and restrained Oher, according to the report.

Oher missed the final 13 games of the 2016 season with a concussion. He remains in the concussion protocol, but team officials are hopeful he will be ready for the 2017 season.