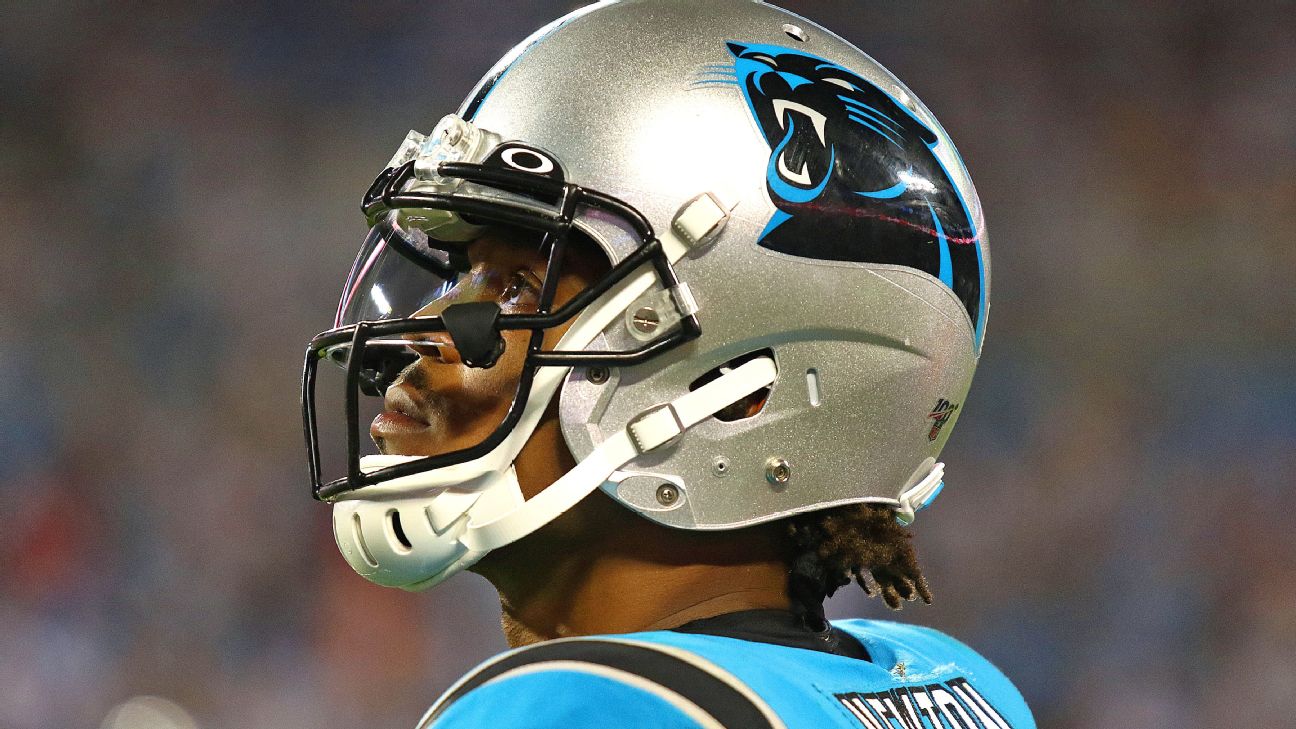 ESPN
By David Newton
CHARLOTTE, N.C. -- Frustration over the lack of improvement in what has been described as a mild Lisfranc injury led Carolina Panthers quarterback Cam Newton to fly to Green Bay, Wisconsin, on Friday to meet with specialist Dr. Robert Anderson, coach Ron Rivera said.

Newton has been sidelined since reaggravating the injury, originally suffered during the third preseason game, in a Week 2 loss to Tampa Bay.

The 2015 NFL MVP appeared to be making progress as he worked on the side with team trainers during practice last week. He didn't work outside at all on Wednesday or Thursday as the team prepared for Sunday's home game against the Tennessee Titans, and he appeared to be walking with a limp while in the locker room.

Rivera said he wouldn't refer to Newton's decision to get another opinion from Anderson as a setback, just another step in the process. He said the hope is that surgery will not be required and Newton will be back at some point.

"He wants to compete so badly," Rivera said. "I did get the sense he was frustrated."

Rivera also admitted to being frustrated himself in dealing with Newton's injury and the questions surrounding it. At one point early in the process, he walked out of a news conference after repeated questions on Newton and not the upcoming game.

On Friday, Rivera answered every question about Newton and offered a funny story about what a trick-or-treater said on Thursday night as he passed out Halloween candy at home.

"It was awesome," Rivera said. "I was trying to figure out which one of you guys [reporters] had the kid about 7 years old that was willing to ask, 'Hey, how's Cam?' I told him, 'Give me back the candy.'"

Despite the Panthers' 51-13 loss at San Francisco last weekend, Rivera feels good about where the team is with second-year quarterback Kyle Allen.

The Panthers (4-3) are 4-1 since Allen took over in Week 3. Rivera hasn't given up on making the playoffs, referring to Earl Morrall going 9-0 for the injured Bob Griese during the Miami Dolphins' 1972 17-0 Super Bowl season.

"You just never know what's going to happen," Rivera said. "Like I always like to tell the guys, that's why you play the game."

Rivera declined to speculate on whether Newton could be placed on injured reserve, saying the team will know how to move forward after it gets the results of Anderson's examination.

"He's been honest. He's done everything he can," Rivera said of Newton. "He's working hard. This is another one of the steps he has to take."

"I spent a long time speaking with Cam this week, and he's done everything he possibly can in his rehab process to get his foot to 100%," Hurney said. "Unfortunately, we haven't reached that point. The next step is for him to go see Dr. Anderson and gather more information."

Hurney traveled on Friday to Birmingham, Alabama, to support outside linebacker Mario Addison, whose younger brother was laid to rest five days after being shot to death. Rivera said it would be up to Addison whether he plays on Sunday.

Rivera on Monday ruled Newton out for the sixth straight game.

"I guess going through this is part of the process," he said of the Anderson visit. "The circumstances of what has happened is really dictating the circumstances going forward." 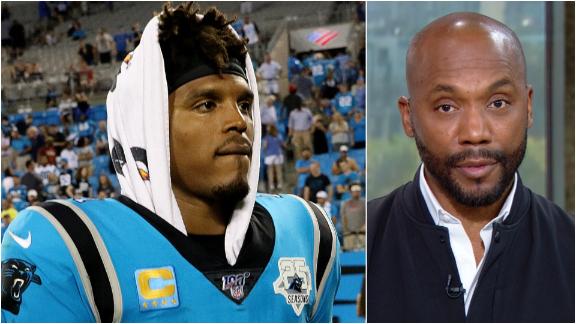