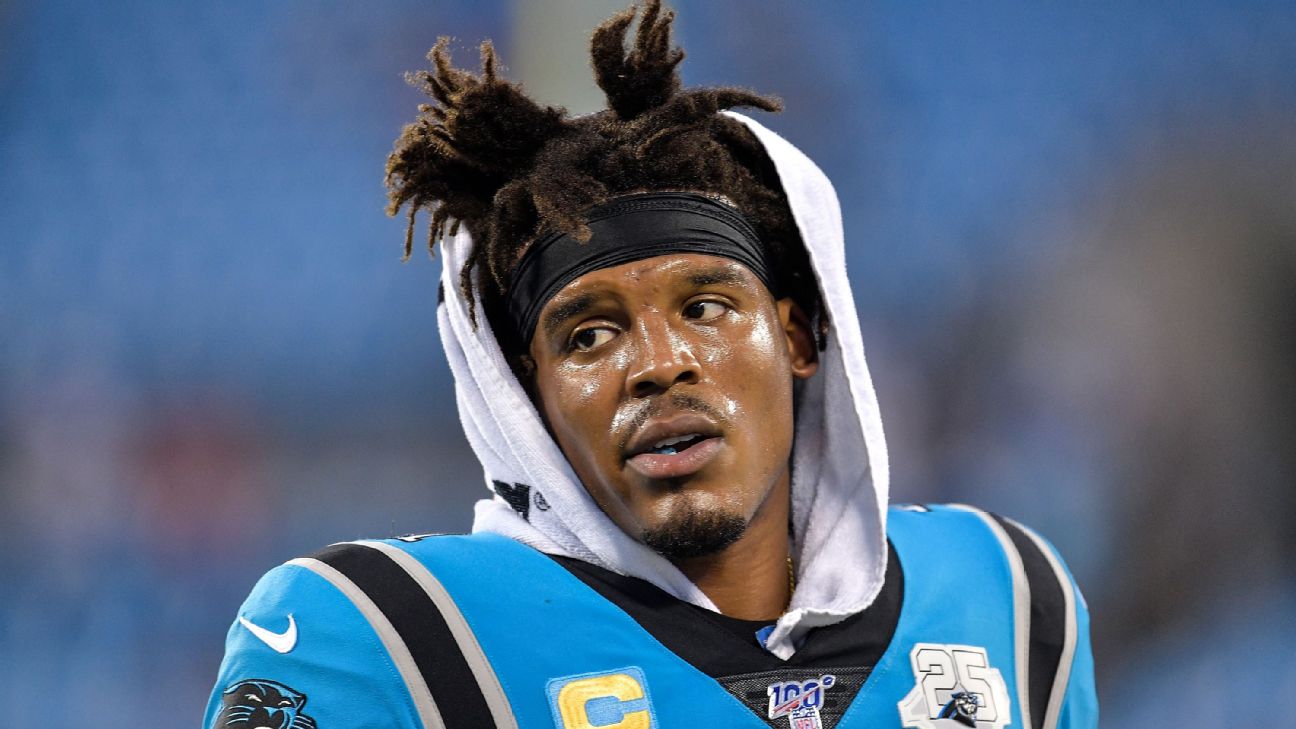 Newton, whocontinues to rehab from foot surgery, had a physical in Atlanta on Monday that was coordinated by the Panthers and his agency, sources told ESPN's Adam Schefter.

Newton passed the physical and is healthy, with both his shoulder and foot "checking out well," a source told Schefter. "He is hungrier than ever and eager for the next opportunity."

"Cam has meant a lot to this organization and the Carolinas," general manager Marty Hurney said in a statement. "Everyone saw his performances on the field. I had the privilege of seeing how hard he worked off the field, and his commitment to this team when no one was watching. He's the ultimate competitor and it physically hurts him to lose. He willed this team to victory on many occasions and will always be considered one of the greatest players in the history of this franchise. His contributions to this team, this community and the game of football will leave a lasting impact on our organization."

Newton posted to Instagram on Tuesday, saying he was "free and hungry."

His release ends the team's nine-year relationship with the 2015 NFL MVP. A week ago, the Panthers announced that they had given him permission to seek a trade. Newton disputed that, however, writing on Twitter that the Panthers "forced me into this.''

Within a few hours of that tweet, news surfaced the Panthers were completing a deal to sign former New Orleans Saints backup quarterback Teddy Bridgewater to a three-year, $63 million deal.

After the Panthers completed the Bridgewater deal, it became necessary for them to release Newton to clear the $21.1 million that he was scheduled to count against the salary cap in 2020.

Releasing Newton saves the team $19.1 million in cap space with only $2 million in dead money.

The Panthers also traded quarterbackKyle Allen to the Washington Redskins and signed P.J. Walker out of the XFL on Monday.

Bridgewater's deal is cap-friendly, particularly on the front end. He'll count $14 million against the 2020 cap, $23 million in 2021 and $26 million in 2022. The team would take on only $5 million in dead money if Bridgewater is cut or traded in his third year.

That the Panthers couldn't find any suitors for Newton, 30, is unsurprising. He had surgery in December, and teams can't bring him in for a physical or workout because the NFL has ceased such activity during the coronavirus pandemic.

"Right now, he's worth nothing until such time as people can work him out and give him a physical -- their own doctors give him a physical and then work him out,'' Pro Football Hall of Fame executive Bill Polian told ESPN. "It's unfortunate. He's got to prove he's healthy for a number of reasons, and right now he can't do that, for a number of reasons.''

Newton has been posting videos on social media the past few weeks showing his progress in rehab. His latest Instagram post on Monday night mentioned he was "unemployed.''

His post after the Panthers said Newton was given permission to seek a trade summed up how he felt: "Stop with the word play. I never asked for it. There is no dodging this one. I love the Panthers to death and will always love you guys. Please do not try and play me, or manipulate the narrative and act like I wanted this; you forced me into this!''

Polian doesn't expect anything to happen fast with another team, unless a one-year, team-friendly deal -- like Indianapolis gave former Chargers quarterback Philip Rivers--can be reached.

"I wouldn't be willing to give up anything until I knew he was healthy,'' Polian said.

Newton was the NFL MVP in 2015 when he led the Panthers to the Super Bowl, a 24-10 loss to Denver. The Panthers have been to the playoffs only once since then, a wild-card loss to the Saints in 2017.

Newton, who holds most of Carolina's career passing records, missed 14 games last season with the Lisfranc injury and the final two games of the 2018 season with a shoulder injury that also required surgery. 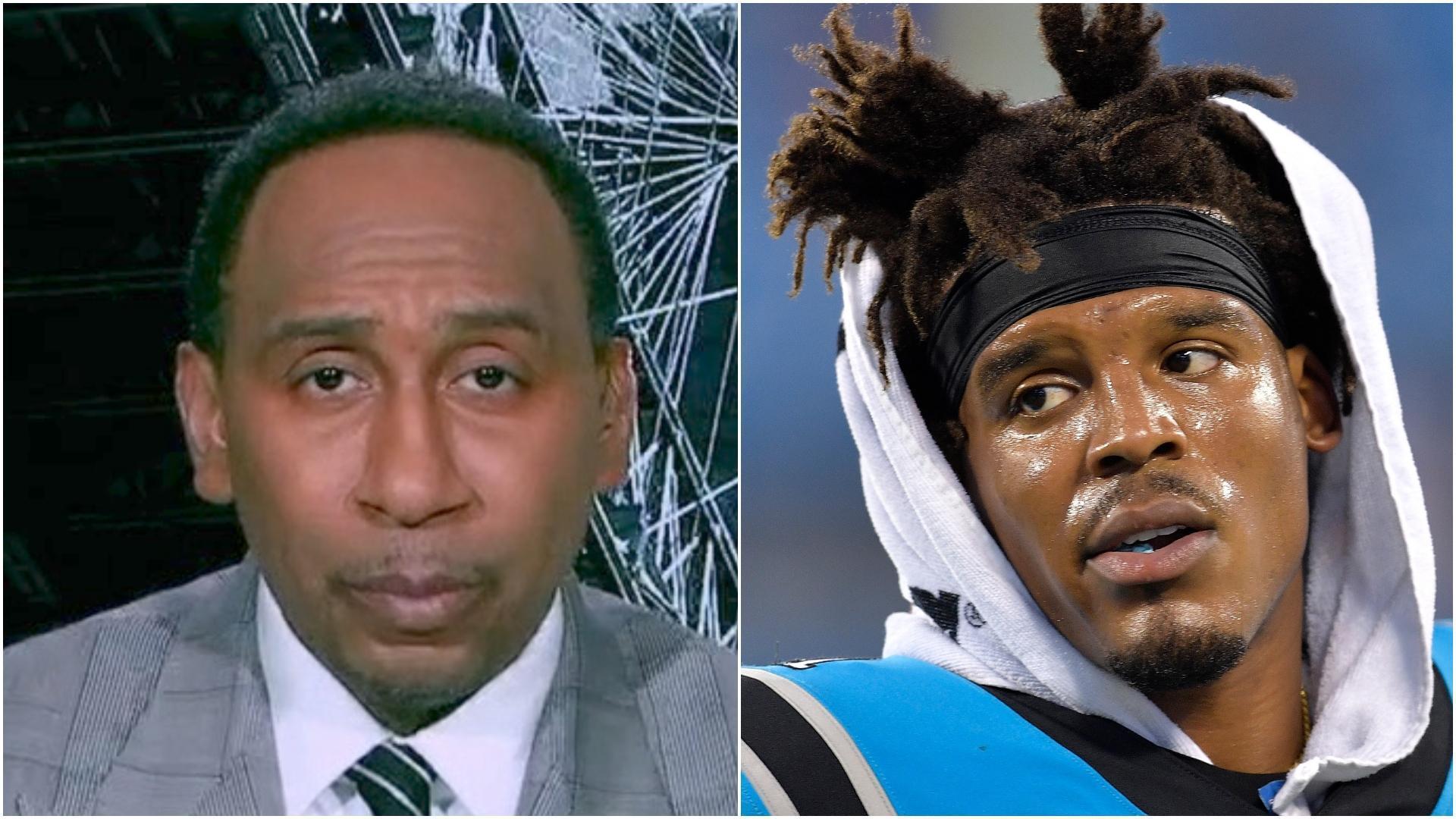 Why Stephen A. isn't surprised by Panthers' decision to release Newton
Stephen A. Smith and Max Kellerman react to the news that the Panthers are expected to release Cam Newton. 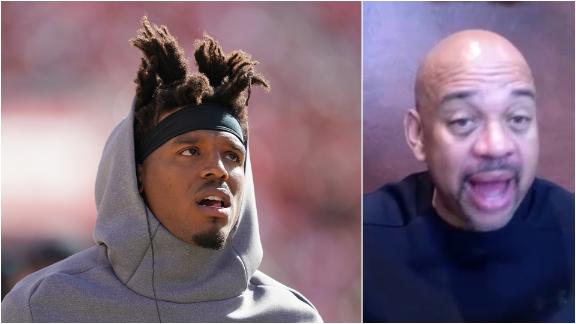