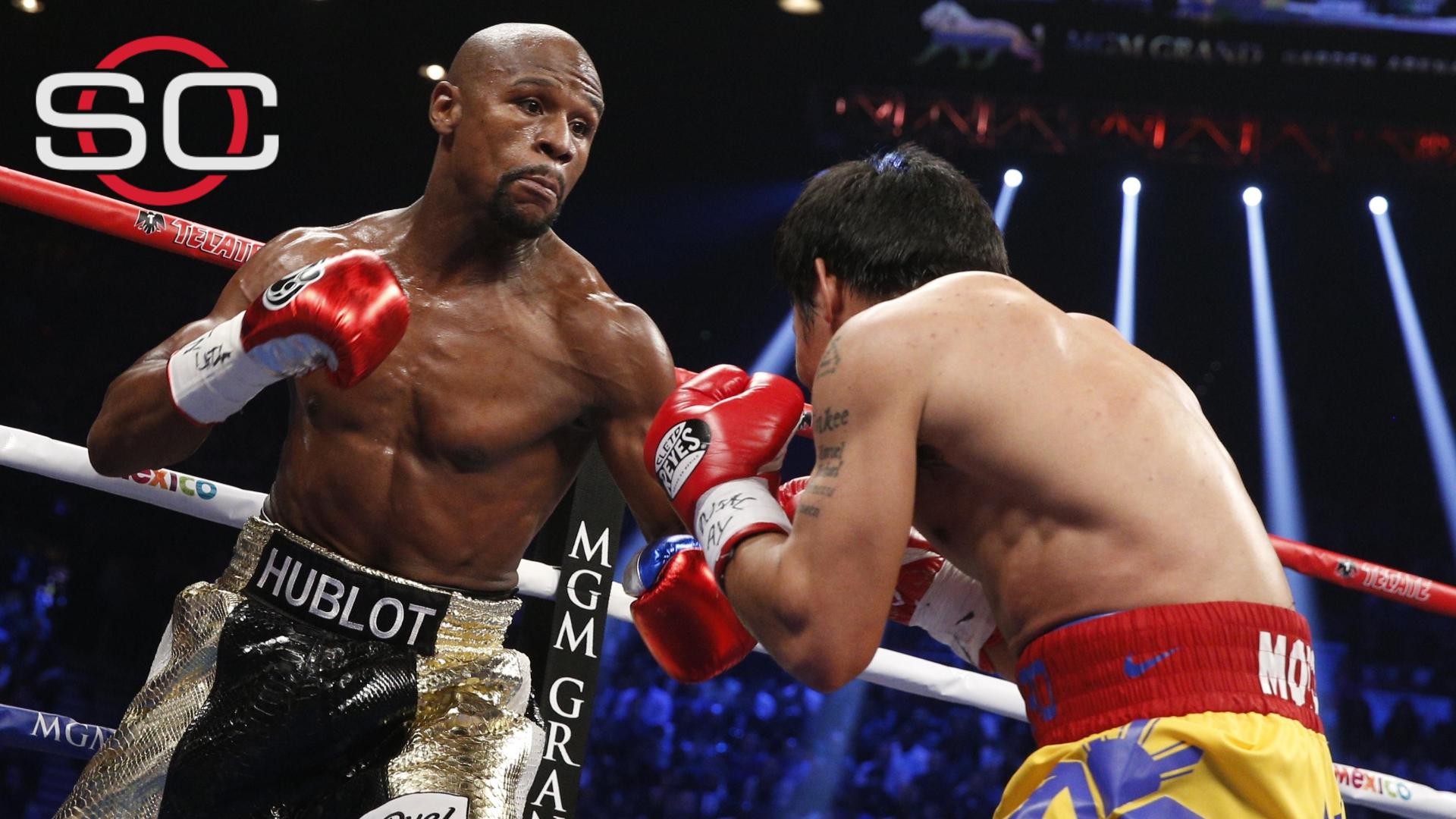 LAS VEGAS -- On the eve of his record-breaking megafight with Manny Pacquiao on May 2, pound-for-pound king Floyd Mayweather took an intravenous injection of saline and vitamins that was banned under World Anti-Doping Agency guidelines, according to a report by SB Nation on Wednesday.

Three weeks after the fight, Mayweather received an exemption from the United States Anti-Doping Agency, the report said. However, Nevada State Athletic Commission executive director Bob Bennett said USADA does not have authorization to grant an exemption. Bennett said only the commission, which was not notified of the exemption until after it was given, can give an athlete an exemption.

Although the substances contained in the IV were not banned by WADA, whose standards USADA says it follows, the fact that they were given intravenously was not allowed.

USADA disputed the report on Thursday with a statement saying Mayweather applied for and was granted an exemption for the infusion.

"Although Mr. Mayweather's application was not approved until after his fight with Mr. Pacquiao and all tests results were reported, Mr. Mayweather did disclose the infusion to USADA in advance of the IV being administered to him," USADA's statement read. "Furthermore, once the TUE [therapeutic use exemption] was granted, the NSAC and Mr. Pacquiao were immediately notified even though the practice is not prohibited under NSAC rules."

Mayweather also released a statement saying he did not violate USADA's or Nevada's guidelines and that he's always followed their rules.

"Let's not forget that I was the one six years ago who insisted on elevating the level of drug testing for all my fights," Mayweather said. "As a result, there is more drug testing and awareness of its importance in the sport of boxing today than ever before. I am very proud to be a clean athlete and will continue to champion the cause."

According to the SB Nation report, USADA, which had been contracted by Mayweather and Pacquiao to conduct random drug testing for their bout, sent collection agents to Mayweather's house in Las Vegas the night before the fight to conduct an unannounced drug test.

The report was published on the day that Mayweather and Andre Berto held the final news conference for their welterweight championship fight Saturday night at the MGM Grand, which Mayweather has said will be the final bout of his 19-year career.

WADA rules do not allow intravenous infusions or injections of more than 50 milliliters per six hours "except for those legitimately received in the course of hospital admissions, surgical procedures, or clinical investigations."

According to the report, WADA bans such injections and infusions because they can be used to "dilute or mask the presence of another substance."

SB Nation also reported that USADA did not inform the Nevada commission about the IV until May 21, when it sent correspondence to commission officials and Top Rank, Pacquiao's promoter, notifying them that Mayweather had been given a retroactive therapeutic-use exemption, which was allowed in the contract the fighters signed to cover the drug-testing protocol for the bout. However, when the commission and Top Rank requested more information about it, they learned Mayweather had not applied for the exemption until May 19. It was granted May 20, the report said.

While Mayweather was given an exemption three weeks after the fight, Pacquiao was denied a request to be injected with the legal painkiller Toradol on fight night to ease pain in his injured rotator cuff, which he had surgery on after the bout. The commission declined Pacquiao's request because it was not made in a timely manner, and he had not previously disclosed the injury.

"The TUE for Mayweather's IV -- and the IV was administered at Floyd's house, not in a medical facility, and wasn't brought to our attention at the time -- was totally unacceptable," Bennett is quoted as saying in the report. "I've made it clear to [USADA CEO] Travis Tygart that this should not happen again. We have the sole authority to grant any and all TUEs in the state of Nevada. USADA is a drug-testing agency. USADA should not be granting waivers and exemptions. Not in this state. We are less than pleased that USADA acted the way it did."

When Mayweather and Pacquiao initially began negotiating a fight in late 2009, it fell apart over a disagreement on drug-testing protocol, which became a major hurdle in making the fight. After Mayweather accused Pacquiao of using performance-enhancing drugs, Pacquiao sued him and Mayweather eventually agreed to an undisclosed seven-figure settlement. 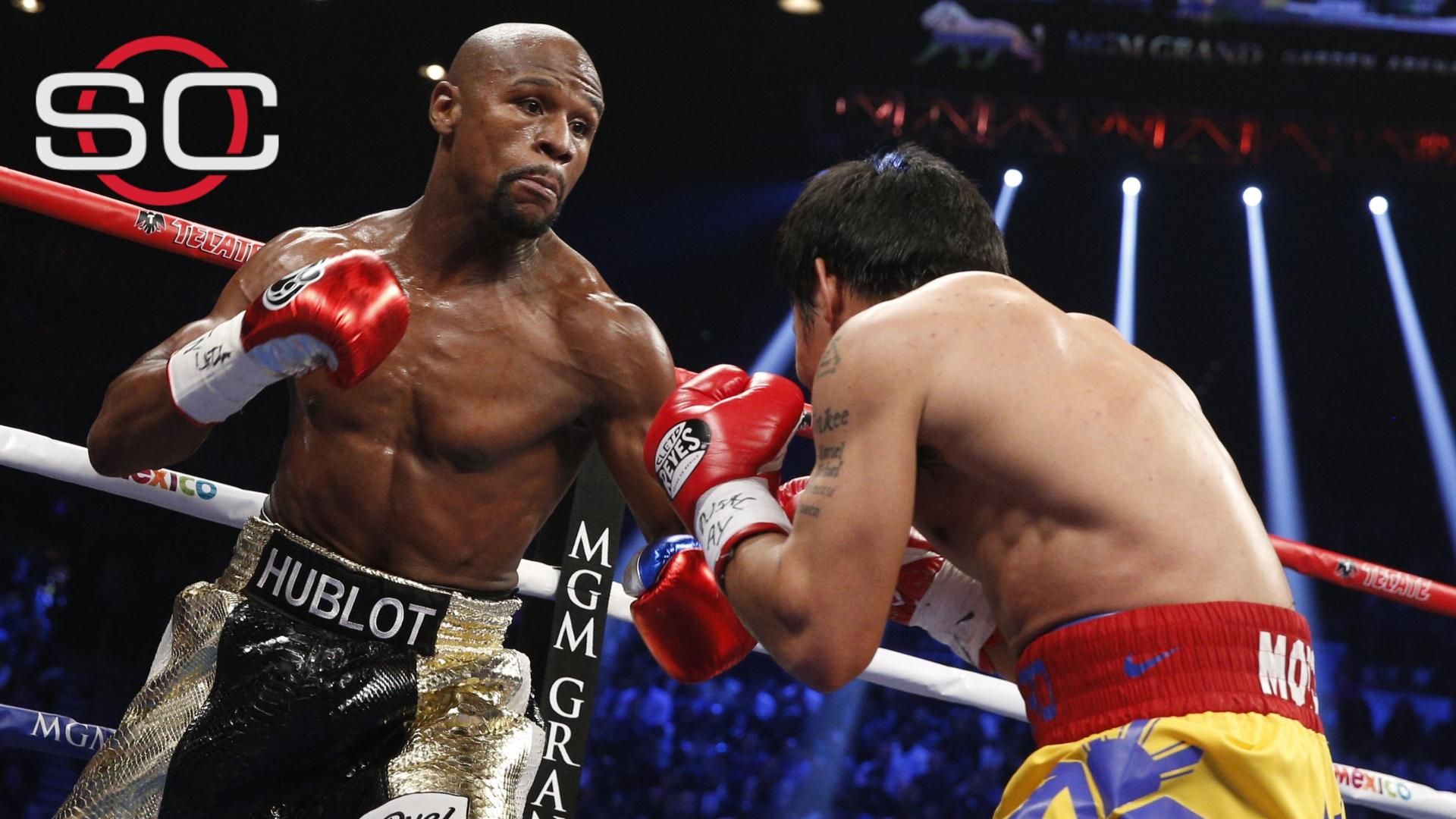