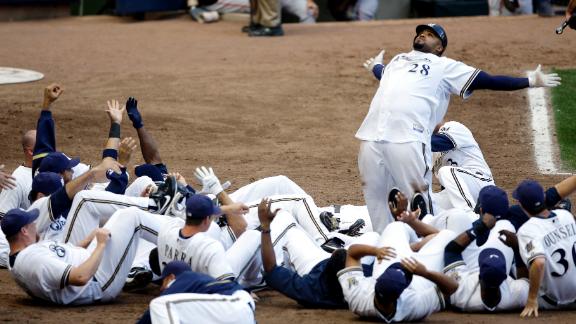 Texas Rangers designated hitter Prince Fielder is expected to announce his retirement, according to Fox Sports.

The Rangers are expected to hold a news conference Wednesday to announce Fielder's decision.

Fielder, 32, hasn't played since July 19 after an MRI revealed a herniation of disks in his neck just above an area that was repaired two years ago.

He is hitting .212 with eight home runs and 44 RBIs this season. He has 319 career home runs in 12 seasons for the Brewers, Tigers and Rangers.

The six-time All-Star is scheduled to receive $24 million annually through 2020 as part of the nine-year, $214 million deal he signed with the Tigers in 2012.

The Tigers traded him to the Rangers in the 2013 offseason in exchange for second baseman Ian Kinsler.