Russell Westbrook apologizes to official for throwing ball at him 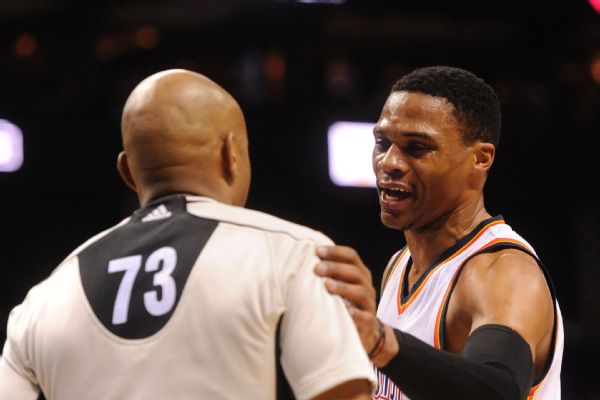 Russell Westbrook said following the Oklahoma City Thunder's 123-112 loss to the Charlotte Hornets on Wednesday that hitting referee Tre Maddox with the basketball was unintentional and that he would "never, ever disrespect the game like that."

With 3:13 left in the first quarter, Westbrook threw the ball at Maddox's head after the Thunder had called timeout. Maddox turned his head as Westbrook let go of the ball, and it hit the referee in the side of his face.

"I called his name. He turned right at me and then looked away. I don't know," Westbrook said. "I don't know what to tell you, brother. I really don't. I'm not the type of guy ... I would never, ever disrespect the game like that and throw the ball at the referee. I've never done it before. That's just not even heard of in the game before. To get a tech, it's crazy to me. But you take the good with the bad."

The throw came after Westbrook didn't get a call on consecutive drives to the basket. Westbrook has expressed frustration with not getting foul calls this season, saying he is not officiated like other players.

Westbrook was initially shielded by teammates, but he made it clear to Maddox and the other officials that it was accidental. Westbrook later appeared to apologize to Maddox.

"Instead of Russell giving the ball to the nearest official, he throws it in the area where Tre is and Tre's not looking, and the ball hits him in the face," head official Sean Corbin told a pool reporter after the game. "So that's a technical foul."

After the incident, Westbrook went into the tunnel with assistant coach Maurice Cheeks to cool off. It's a tactic the emotionally charged Westbrook has used throughout his career. He finished the game with 33 points on 10-of-31 shooting with 15 rebounds and 8 assists.

Westbrook had another incident of throwing the ball earlier in the season, this one coming from half court during a game against the Portland Trail Blazers. The ball struck the stanchion, and initially Westbrook was assessed a technical foul. After the referees convened, they determined it was unintentional. Asked about that situation, Westbrook took exception.

Westbrook is currently six technicals away from an automatic one-game suspension. 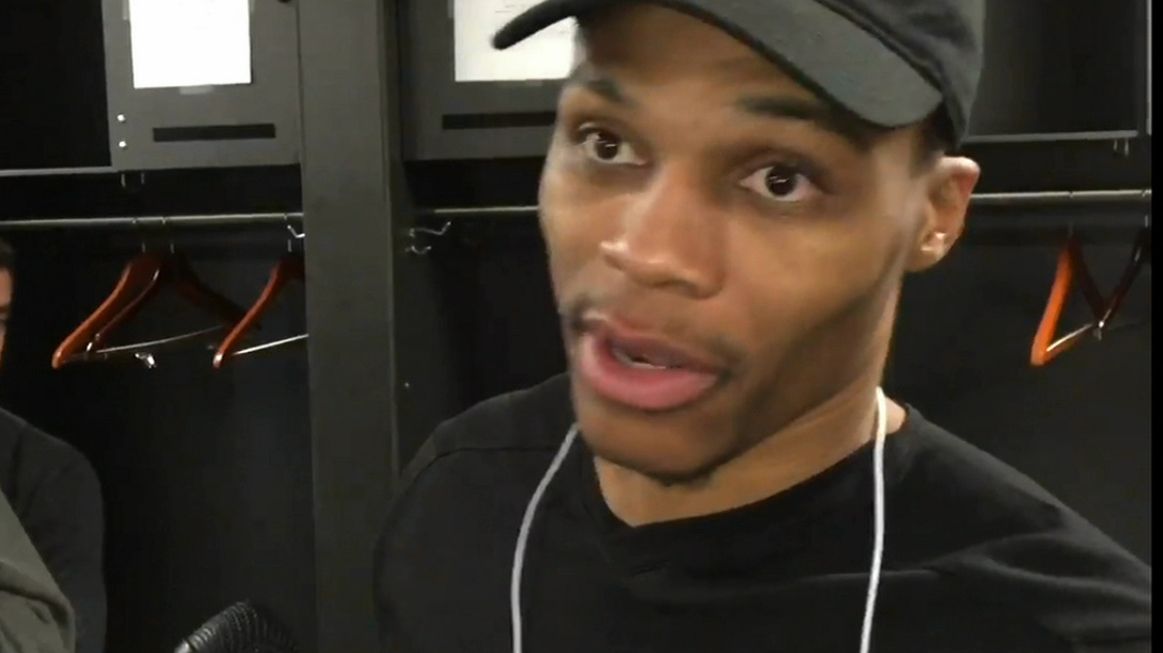 Westbrook blames hitting ref with ball on miscommunication
Russell Westbrook says a miscommunication is what lead to him hitting a referee in the head with a ball and says he would never "disrespect the game" in that way.