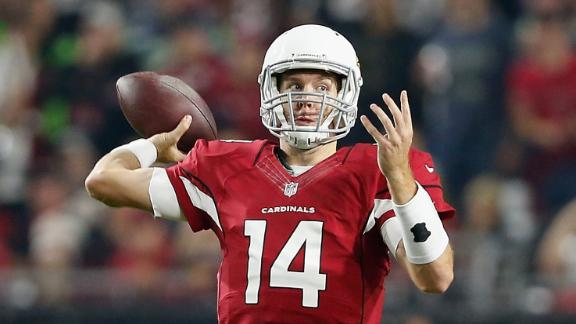 The Arizona Cardinals have decided to start third-year quarterback Ryan Lindley for a second straight week in place of the rookie from Virginia Tech, according to sources within the organization.

The Week 17 move comes a few days after Cardinals coach Bruce Arians said Thomas would start and play at least a half. But through it all, Arians gave himself an out, saying he would be quick to give Thomas the "hook" -- even going as far as saying he could change his mind during the week of practice.

Apparently, it took just one day of watching Thomas practice for Arians to make the move.

Arians said after Wednesday's practice that Thomas had a "shaky" start but finished "pretty strong."

Arians doesn't speak to the media on Thursdays. Offensive coordinator Harold Goodwin said he didn't have a comment about Lindley starting.

Goodwin said all three quarterbacks -- Lindley, Thomas and rookie Jeff Mathews, on the practice squad -- had a good practice Thursday.

"He's a confident kid," Goodwin said of Thomas. "We have confidence in him and we'll just go from there."

Lindley was 18-for-44 for 216 yards and an interception in Sunday night's 35-6 loss to the Seattle Seahawks. He hasn't thrown a touchdown in an NFL-record 225 consecutive pass attempts, according to the Elias Sports Bureau.

Lindley is 1-4 as a starter and has a career completion percentage of 50.6. He's thrown eight interceptions to his zero touchdowns. And on throws of 20 yards or longer, Lindley is 2 for 29, according to ESPN Stats & Information.

Ryan Lindley To Start For The Cardinals
Field Yates explains the Cardinals' decision to go back to Ryan Lindley for Sunday and what the team's plans at quarterback could be for the playoffs.