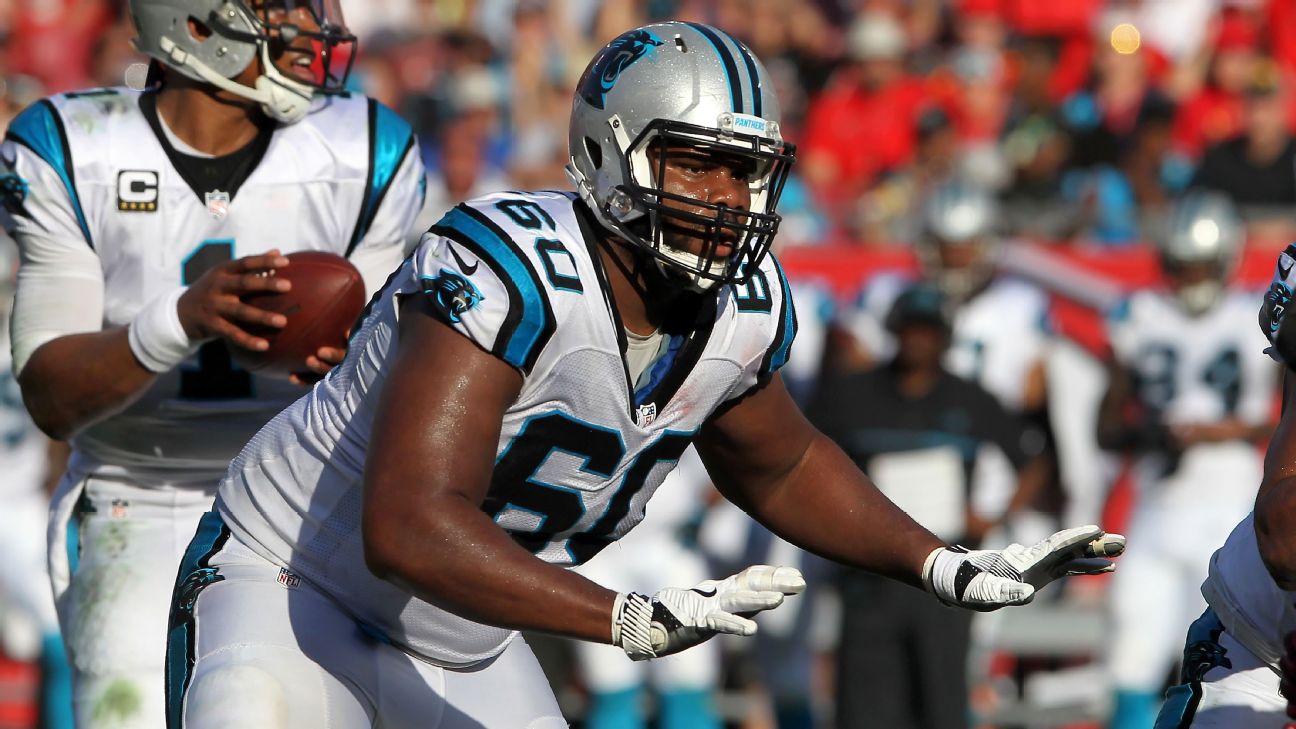 Right tackle Daryl Williams is re-signing with the Carolina Panthers on a one-year deal worth up to $6 million, a source tells ESPN's Adam Schefter. This will be a prove-it year for Williams after an injury-plagued 2018 season.

Williams, 26, was in line for a big contract after a 2017 season in which he started 16 games for the Panthers at right tackle. Pro Football Focus gave the 2015 fourth-round pick (102nd overall) out of Oklahoma a grade of 78.0 that ranked third among right tackles in the NFL.

There was speculation that the Panthers would give the 6-foot-3, 330-pound tackle an extension before the 2018 season. But Williams was carted off the field early in training camp with a dislocated right kneecap and torn MCL. He returned to start the opener against Dallas, then suffered another knee injury that required surgery and landed Williams on injured reserve.

Williams said after the season that the rehab on the knee was going well and he hoped to return to Carolina, but "at the end of the day, I've got to do what's best for me and my family.''
Report a correction or typo
Related topics:
sportsespnnflcarolina panthersnfl free agencydaryl williams
Copyright © 2022 ESPN Internet Ventures. All rights reserved.
TOP STORIES
LIVE: Snow likely to stick around due to cold temperatures
Aerial views of Triangle area covered in snow
Slick roads found across central NC
Truck with 100 monkeys crashes, 1 still on the loose, police say
Booster shots needed against omicron, CDC studies show
How to make snow cream
Delta flight slides off taxiway after landing at RDU
Show More
Anti-mask parent threatens to bring guns to school: 'Loaded and ready'
Laundrie claimed responsibility for Petito's death in notebook: FBI
2 NYPD officers shot, 1 fatally, responding to domestic violence call
Person struck by vehicle on Western Blvd in Raleigh
City, county governments close services as wintry weather hits NC
More TOP STORIES News