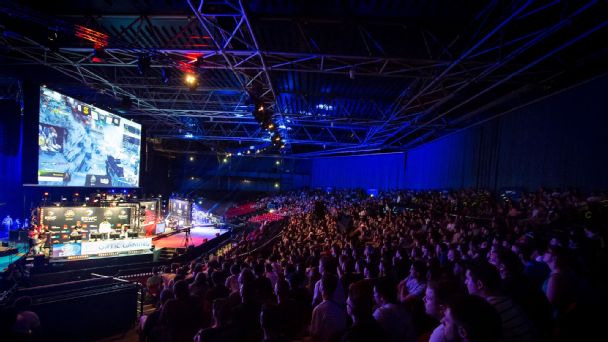 Call of Duty publisher Activision is exploring options to potentially discontinue its online Call of Duty World League competition and launch an offline league to begin in the spring of next year.

The publisher's esports division held a conference call with many of its 2016 World League owners on Tuesday and proposed these competitive changes, multiple sources who participated in the call told ESPN.

Led by Kevin Flynn, the Call of Duty World League's senior manager of esports, Activision told teams that it would like to discontinue the competitions that were hosted on the PlayStation Network service in 2016. Instead, upon the release of its upcoming title -- Call of Duty: Infinite Warfare -- Activision would like to run consistent offline events through the winter and early spring, awarding circuit points depending on a team's placement.

Activision also proposed during the call that beginning sometime in March or April, it would like to host what it tentatively referred to as the "Global Super Bowl," an offline league consisting of roughly 16 teams (10 from North America, four or five from Europe, and one or two from Australia and New Zealand) based on rewarded circuit points to take place at the Major League Gaming Arena in Columbus, Ohio.

Activision Blizzard, a conglomerate of the two game development and publishing titans, purchased Major League Gaming and the company's assets on Jan. 4.

Activision said if it goes through with this plan, it will provide housing and relocation costs for all teams who participate. In between the splits of this proposed league, similar to the previous Call of Duty World League online competition, there will be a midseason transfer period.

Activision did not provide insight into the visa approval process that European and Oceanic competitors would have to go through to compete in this league. Traditionally, since December 2013, esports athletes wanting to compete in the United States regularly have applied and obtained P-1A internationally recognized athletes visas.

The proposal of changes comes after the Call of Duty World League system brought new challenges to the tournament structure. Occasionally, the PlayStation Network would crash for hours on end, causing matches to be canceled or rescheduled.

Should it choose to finalize these changes, Activision will join the growing list of publishers or leagues to host offline tournaments instead of online events. League of Legends developer and publisher Riot Games began its offline league, the League Championship Series, in 2013 to much fanfare, moving each team to Santa Monica, California, and Cologne, Germany. Additionally, Turner Broadcasting launched ELeague, an offline Counter-Strike: Global Offensive televised league, in 2016.