Sources: Andy Dalton likely out for season with fractured thumb 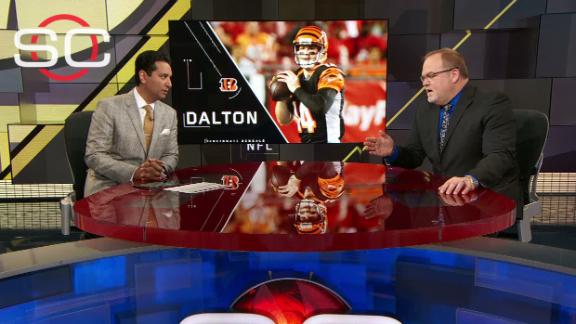 Dalton suffered a fractured thumb in Sunday's loss to the Pittsburgh Steelers, but the Bengals are uncertain how long he will be sidelined.

The best-case scenario, sources told Holtzman, is that Dalton will return for the playoffs.

Bengals coach Marvin Lewis said Dalton will definitely miss next week's game against San Francisco but acknowledged he did not know whether Dalton would miss any additional time.

"I hurt my thumb," Dalton said. "They told me there is a fracture in there."

Dalton, who will see a specialist Monday, left the game in the first quarter and did not return. After initially being declared questionable to return, he was downgraded moments later and returned to the sideline with a black cast around his right hand.

Dalton acknowledged that he was injured on the final play of the Bengals' opening drive, one that ended with him throwing an interception to Steelers defensive end Stephon Tuitt.

"You can't go into any play thinking you're going to get hurt," Dalton said. "That's the last thing you have to think. It's unfortunate that it happened."

Dalton said he didn't know he hurt himself right away. He returned to the sideline after the interception and tried to grip a ball. When he couldn't do that without pain, he knew his day was over.

Dalton was attempting to get the ball to running back Giovani Bernard on a screen, but Tuitt moved right by Bernard, guessed correctly and intercepted the pass. Dalton immediately stepped up to tackle Tuitt, and cameras appeared to show his right hand hitting Tuitt's knee on the tackle.

Dalton was replaced by backup AJ McCarron, a second-year quarterback who appeared in the past two games. McCarron, a former Alabama star, hadn't played extended minutes in the regular season throughout his career.

"You have to embrace [the situation]," McCarron said. "I love it. You have to love pressured moments.

"That's where the great ones really shine. I guess Tom Brady was in the same situation when he had the opportunity. I've got to make the most of it and do my job each week. I know we have an unbelievable defense and if we don't turn the ball over, we have a great chance."

McCarron passed for 280 yards and two touchdowns Sunday but was intercepted twice.

Dalton hasn't missed a start in his career. His 74.4 Total QBR entering this week was the third-highest in the league.

In addition to Dalton, tight end Tyler Eifert was knocked out of the game during the Bengals' opening drive. Eifert was placed under the concussion protocol after taking a hard hit to the head from Steelers safetyMike Mitchell, who was flagged for hitting a defenseless receiver.

Bengals safety George Iloka, who started Sunday after missing last week's game, suffered a groin injury in the first half and also was ruled out. 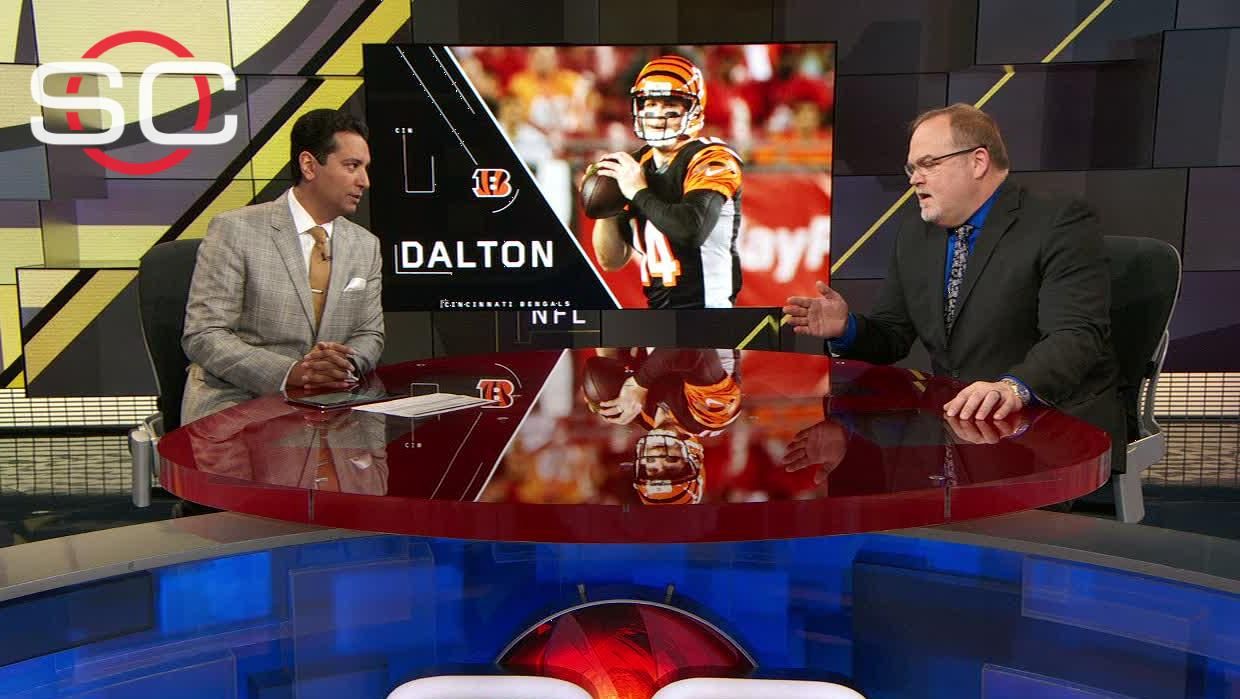 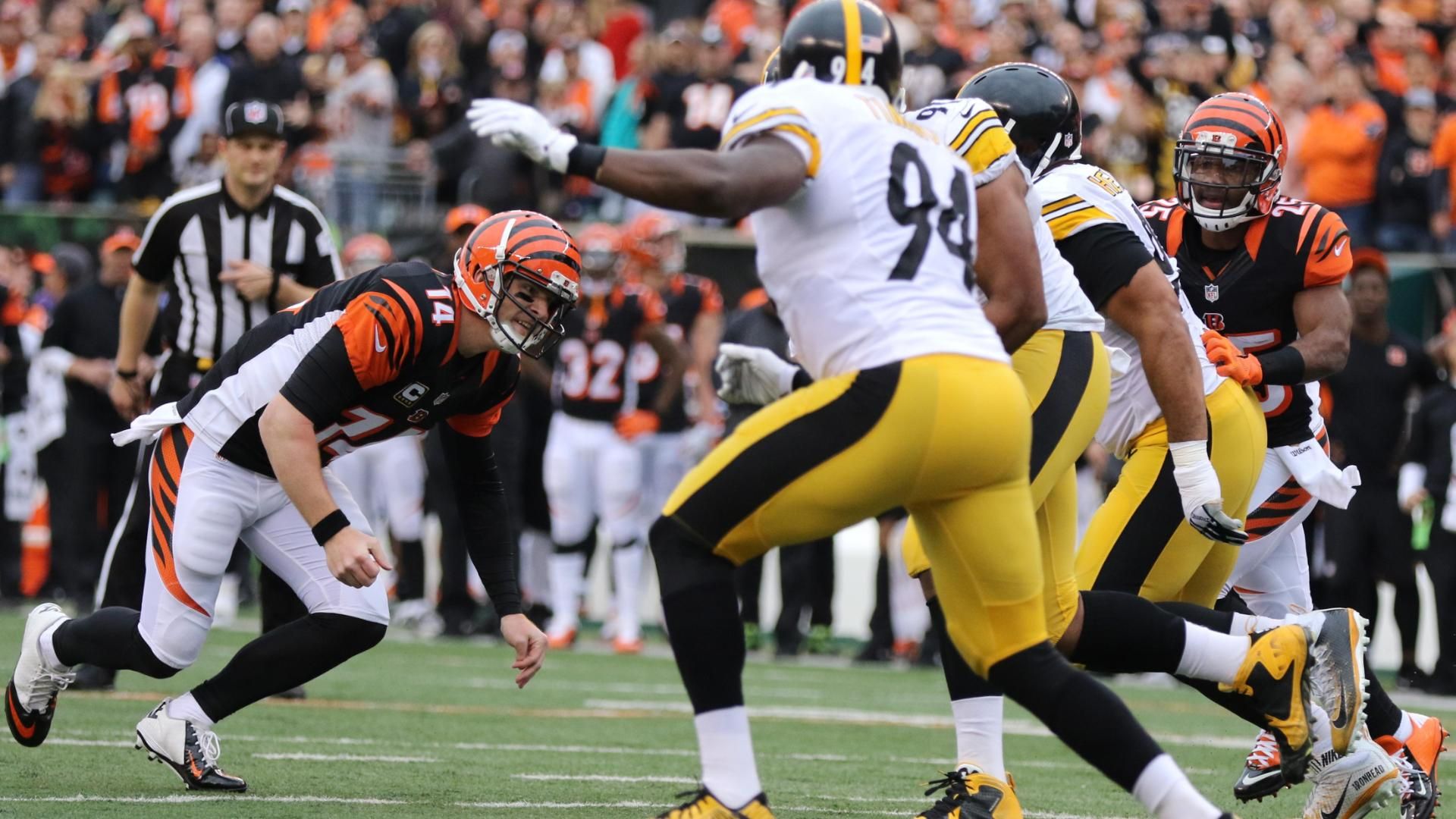 Dalton leaves game with fractured hand
Bengals QB Andy Dalton leaves the game against the Steelers after he suffers a fracture in his right hand trying to tackle a defender following an interception. Dalton did not return to game and was sporting a cast.

Dalton: I'm going to get back as quick as I can
Bengals QB Andy Dalton reacts to what happened on the play where he fractured a bone in his throwing hand and how this affects the outlook of Cincinnati's season moving forward. 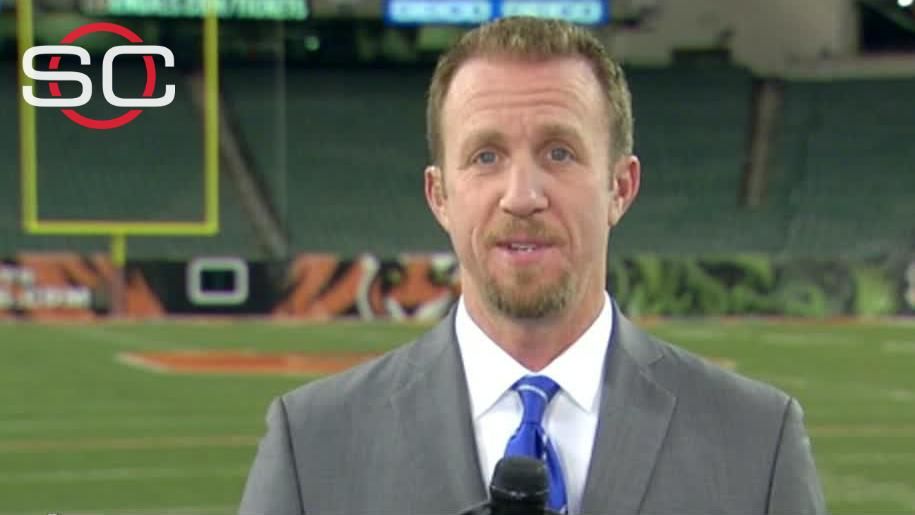