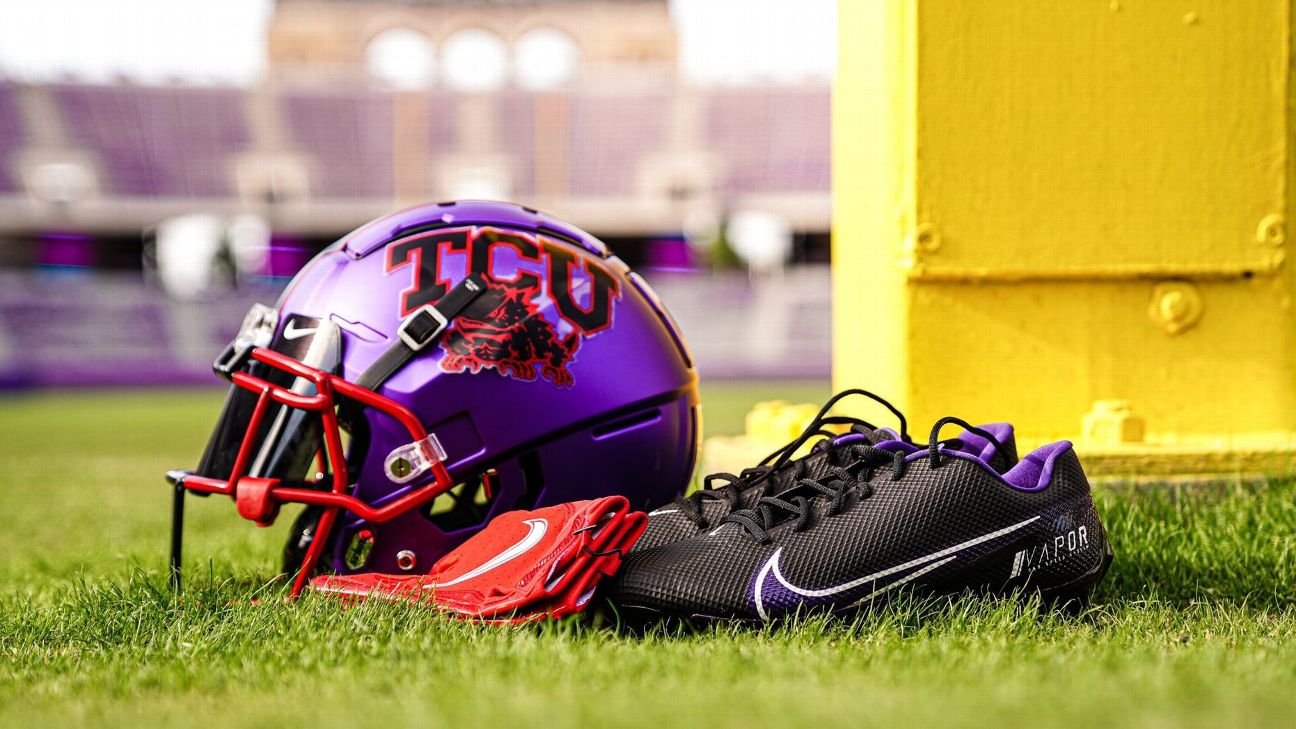 Week 10 of the college football season is here. The first version of the College Football Playoff rankings was revealed Tuesday, and there was plenty to talk about -- especially among the top 10. Heading into this weekend's action, teams are giving us a lot to discuss with their game-day wardrobes.

Some schools debut vibrant new threads, while others are rocking rarely seen combinations. We also have headgear that puts a modern twist on classic logos.


We highlight some of the best looks around college football this weekend:

Kent State gets a shoutout for the sweet powder blue ensemble it debuted Wednesday night against the Northern Illinois Huskies, featuring a lightning logo on the side of the helmets.

The North Carolina Tar Heels' look is a first-time combination, and they have some sweet footwear as well. The team has fresh Player Edition Air Jordan Retro V cleats to complete the outstanding outfit.

Hawaii's uniforms were designed to commemorate the 80th anniversary of the 1941 bombing of Pearl Harbor for the school's Military Night. The design also pays homage to the football team of that same year, some of whose players joined the armed forces as sentries and watchmen after the attack on Pearl Harbor. The color gray was chosen to "show reverence for all those affected," per the school's website.

This week, Virginia Tech's uncommon white/orange/white combo stands out for Friday's game against Boston College. It's been three years since the squad last rocked this look and just the seventh time since 1987.

TCU brings out its fierce "Spit Blood" uniforms. The "blood" comes in the red accents and the helmet is aesthetically one of the best in college football this weekend.


No. 19 NC State's outfits this week prioritize intricate designs over flashy colors. The details on the jersey are precise, while the wording on the pant leg adds pizzazz to the uniform.

The USF Bulls are celebrating homecoming week, and they have a new helmet design for the event. A classic logo gets a modern, and golden, update.

Self-proclaimed as "Drip U," the UCF Knights also have a fresh helmet design for homecoming weekend. They went back to the "State of UCF" logo, updating the gold shade from the 1990s. It's the second time this decal has been worn this century and the fifth new helmet concept the team has had this year.

Purdue's headgear this weekend features an exceptional camouflage design. The camo is displayed within the logo and down the center stripe as the squad honors the military for Veterans Week. 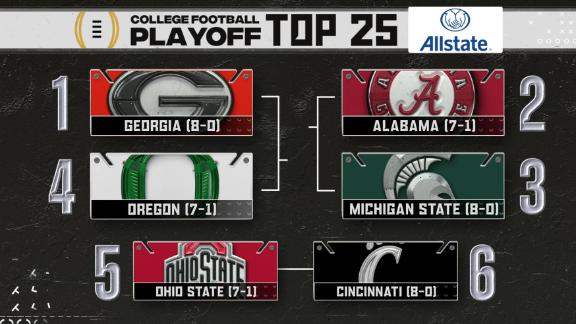