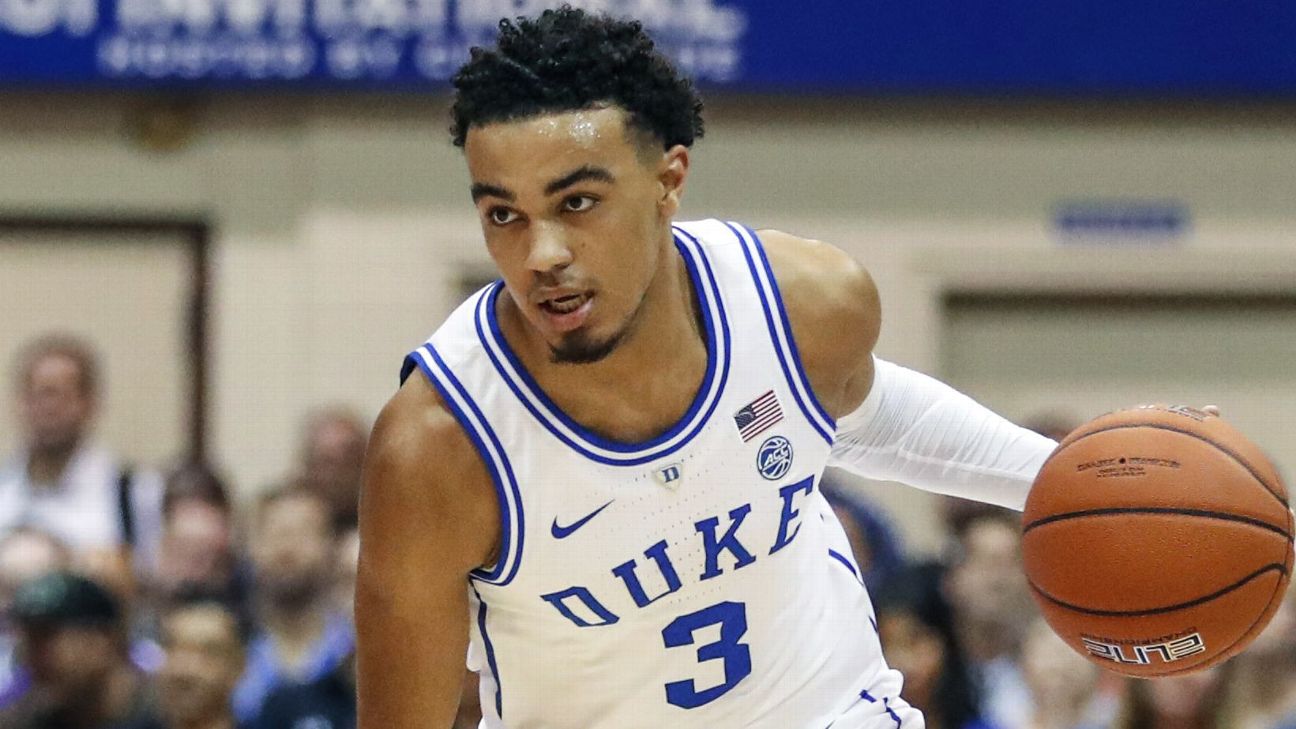 Dukefreshman guard Tre Jones, who had been out with a right shoulder injury since Jan. 14, was in the starting lineup for Saturday's game against Georgia Tech, a 66-53 win for the Blue Devils.

Jones missed two games after suffering an AC joint separation early in the Blue Devils' overtime loss to Syracuse. No. 2 Duke (16-2, 5-1) won both those games and is in a five-way tie atop the ACC standings.

He was 3-for-7 for six points on Saturday, with four assists and four rebounds.

Coach Mike Krzyzewski had told Duke broadcaster David Shumate on Friday that Jones was likely to play, noting "he has really progressed well."

Jones, the younger brother of former Duke and current Minnesota Timberwolves guard Tyus Jones, is averaging 8.1 points and 5.7 assists per game for the Blue Devils. His assist-to-turnover ratio of 5.69 is ranked second nationally. 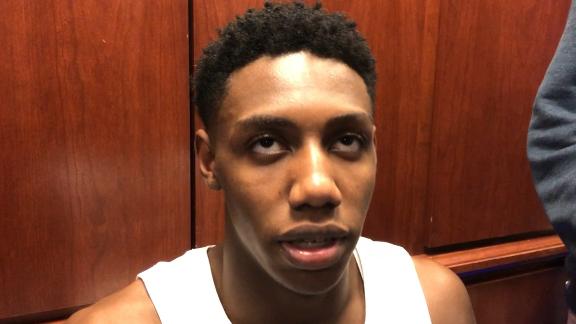