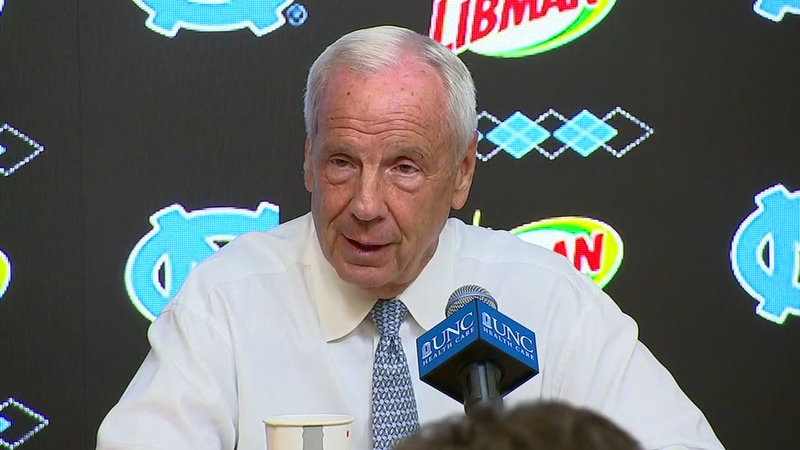 Williams' contract was one of several contracts announced in a press release Wednesday.

UNC also extended its agreement with Nike for 10 more years and agreed to 12 more years with Learfield Communications.

Williams has been one of the most successful college basketball coaches in history. He's 432-128 at UNC over the last 16 seasons. He's won three NCAA titles, been to five Final Fours, won the ACC regular-season eight times, and finished in the top 10 of the Associated Press poll 10 times.

The court at the Dean E. Smith Center was named Roy Williams Court before the start of the 2018-2019 season.