WTVD
By Mark Armstrong
DURHAM, NC (WTVD) -- Mike Krzyzewski threw some expert shade at the NCAA on Friday morning, asking if any of the media had watched the news conference earlier this week announcing all the rules changes for college basketball.

His point? There had been no news conference. Indicative, in his mind, of the rudderless state of the college game's leadership.

Krzyzewski called the rules changes "a start" but spent a great deal of time lamenting the lack of a "plan of execution."

Without any explanation from those in charge and any coordination with the other governing bodies they dragged into their announcement (the NBA and USA basketball), 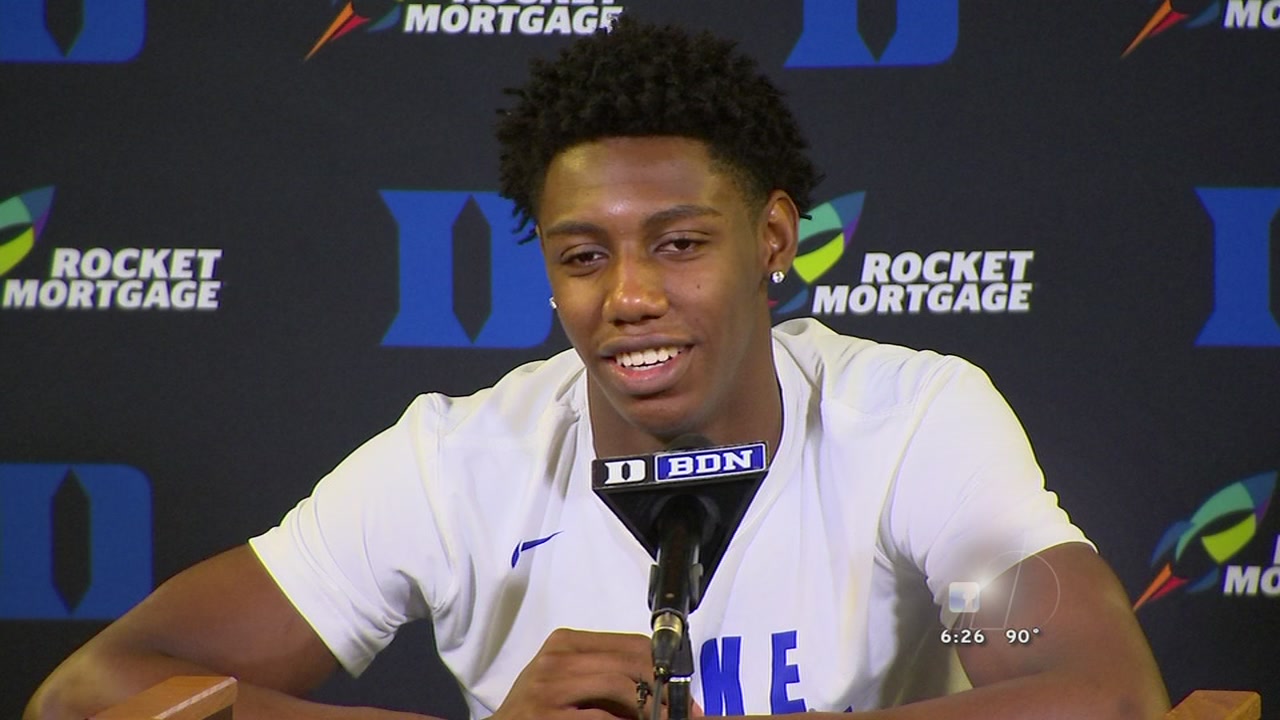 RJ Barrett eager to be Duke's tour guide in Canada
Duke freshman star RJ Barrett will start his college career in very familiar territory next week as the Blue Devils travel to his hometown of Toronto (more specifically Mississauga) for a couple exhibition games before traveling to Montreal for a third.

Coach K feels the NCAA got more than a little out over their skis as it were.

He was most disappointed by the fact that two changes he strongly supported were discarded out of hand by the NCAA voters: Allowing coaches more instructional time with their players in the summer and allowing the Directors of Basketball Ops to actually do some coaching. That's Nolan Smith in Duke's case.

Krzyzewski feels that it's stunting the development of young coaches, and taking away valuable instructional time from the players while coaches are on the road recruiting.

Mostly, Krzyzewski was advocating for leadership and a system that integrates more input from those who know the game inside and out. "Who runs basketball?"