With back healed, Jerry Jones says conditioning is next for Tony Romo 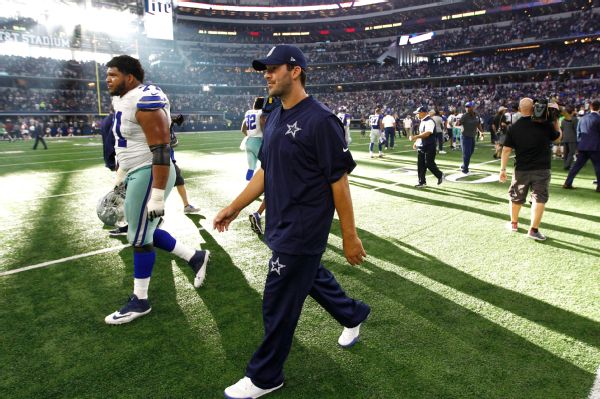 FRISCO, Texas -- The MRI on Dallas Cowboys quarterback Tony Romo'sback showed that his compression fracture has healed to the point where the quarterback "has no more concern about this injury that has sidelined him this year," general manager Jerry Jones said.

While speaking on 105.3 The Fan on Tuesday morning, Jones, however, would not say when Romo would return to game action. The targeted dates have been Oct. 30 against the Philadelphia Eagles and Nov. 6 against the Cleveland Browns.

Also on Tuesday, Jones said "we won't take any chances there," regarding wide receiver Dez Bryant's recovery from a tibial plateau fracture near his right knee. Jones said Bryant had some "sensitivity" after running last week and that Thursday and Friday will be critical in determining whether he will play against the Green Bay Packers.

Jones said doctors have told him that Romo's vertebra should be "as strong or stronger than what it was before the injury."

Romo's focus now is conditioning and getting back into football shape after being sidelined since Aug. 25. He has been throwing for the past month. On Monday, coach Jason Garrett said that taking part in team drills "is a little further down the road." The Cowboys will have their bye after playing the Packers on Sunday.

"What you're into is getting him to get his core, get his core/back area back in shape as he's had to do for the last several years," Jones told The Fan. "All players at this age need to do it, have to do that. So it's just a question of him working back in. We've got a great situation here. I just have to pinch myself to think about it. We've got Dak Prescott, who's playing at a level that is very capable of winning these games.

"We've got the future. Every time he walks out there, we got the optimism of the future. It's inspiring. It's inspiring his team and then we have in my mind one of the very top quarterbacks in the league as well. So at a position that in the past we've been compromised at, we're entering a time here where we're one of the best at the position that there is in the NFL."

Prescott has thrown four touchdown passes and has gone 155 passes without an interception, closing in on New England Patriots quarterbackTom Brady's record of 162 passes without a pick to start a career. Because of Prescott's play, Jones said the Cowboys can maximize Romo's rehab time and pick their spot as to when the veteran quarterback will return.

"No one is happier to have Dak Prescott performing and winning than Tony Romo because he can see that this is going to give him an opportunity to be on a Cowboy team that's got a chance to do it now," Jones said. "And really do it in a big way. Maybe all the way."

While many outside organizations wonder about an impending quarterback controversy, Jones looks at it differently because things can change quickly.

"It's a miracle problem to have, in my mind," Jones said. "I'm so proud because every time Dak takes a snap, I see our future getting stronger. I see the encouragement that his future brings to this team. I see what he's doing right now, his presence on that particular series or that particular down, all of that is there. And I look over there and in my mind [see] someone that is very capable of winning it all, Tony Romo, with all that experience. ... So how do you ask for any more? I don't have to have succinct problem-solving answers at this time. I don't live that way." 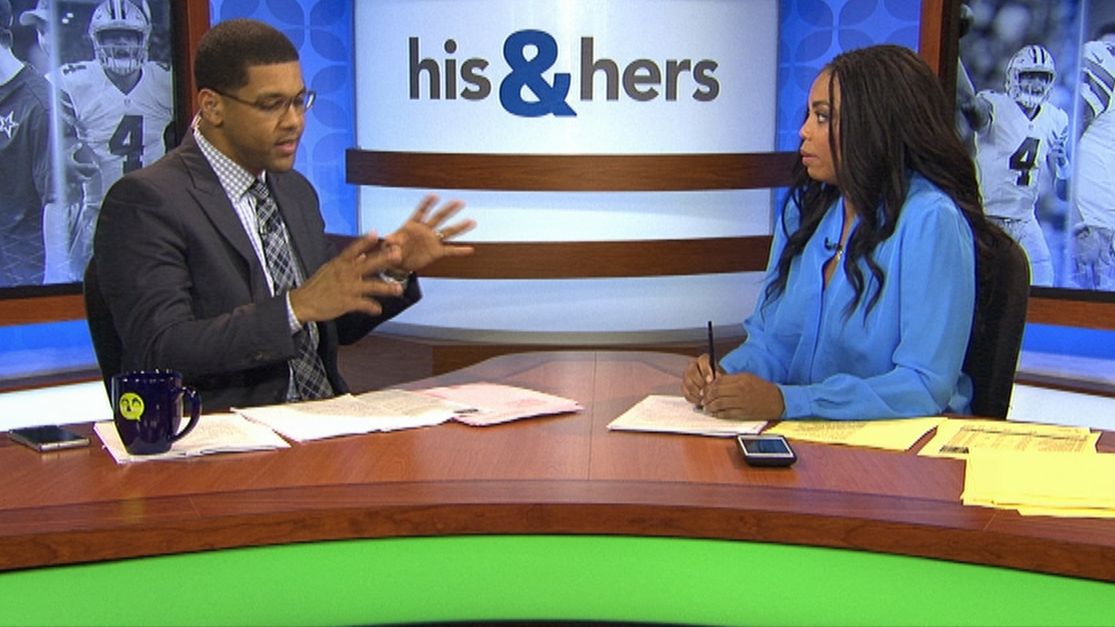 Cowboys Locker room may be split between Prescott and Romo
His and Hers discuss why younger Dallas players may not care what Tony Romo has accomplished in the past and feel that Dak Prescott should continue leading the Cowboys even after the incumbent starter is healthy.
Related topics:
sportsespnpreseasondez bryantfractured vertebramriback injuryhealednflconditioningdak prescottjerry jonestony romotom bradydallas cowboys
Copyright © 2021 ESPN Internet Ventures. All rights reserved.
More Videos
From CNN Newsource affiliates
TOP STORIES