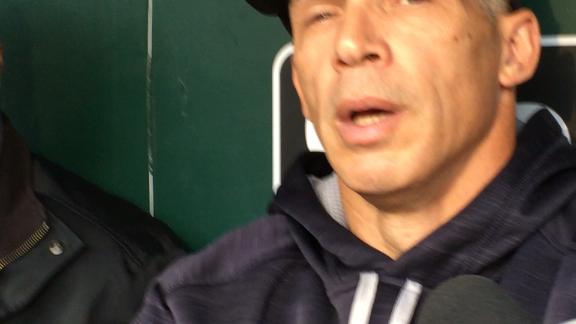 He suffered the injury while running to first base on a fifth-inning double-play groundout Tuesday night against the Orioles.

"The machine doesn't lie," Rodriguez told reporters after his MRI, adding that he had hoped to avoid going on the DL.

Rodriguez and Yankee personnel said they did not know how long the injury would keep him sidelined.

Rodriguez also revealed that the team had a meeting prior to Tuesday's loss in which he told his teammates that there is no reason they can't score five runs per game.

A-Rod made his statements during the Yankees' regular pre-series hitters' meeting -- when the batters go over the opponents' pitchers. Both manager Joe Girardi and fellow veteran leader Carlos Beltrandownplayed the magnitude of the meeting.

Rodriguez is hitting .194 with five home runs and 12 RBIs.

For the struggling Yankees, who entered Wednesday in last place in the AL East at 8-16, he had been a bright spot in the lineup in recent games.

He entered Tuesday having gone 6-for-14 in the Yankees' previous six games and was hitless in three at-bats Tuesday night.