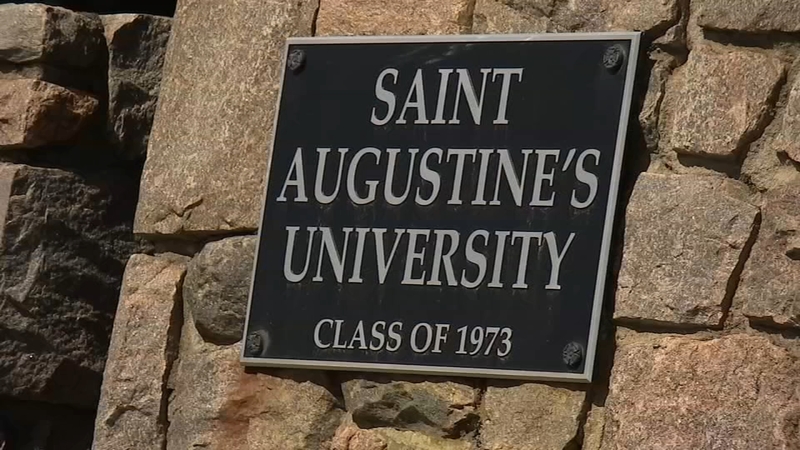 St. Augustine's says there are no security concerns

RALEIGH, N.C. (WTVD) -- Administrators at St. Augustine's University are promising students there is no lapse in security after an outside firm abruptly left campus Thursday afternoon.

According to executives at Champions National Security, the company pulled its dozen officers because of an outstanding debt worth more than $190,000. The executives added that Champions had provided security services to St. Augustine's since 2018 and covered a "wide range" of assignments on campus, including dorms and administrative offices.

"We have not at any point put our students at risk," Kimberly Williams, Director of Communications at SAU, said to ABC11. "We do not owe them $190,000 and beyond that, we are not commenting on our payment terms as we wouldn't with any other vendor."

As for security plans, Williams explained that SAU has long been working on a transition from a third-party security service to an "in-house" service -- the St. Augustine's Police Department. She did not elaborate on the staffing or size of the on-campus police.

The ABC11 I-Team this week looked into claims of other large debts and financial liabilities affecting St. Augustine's, a Historic Black College and University (HBCU) located just outside of Downtown Raleigh.