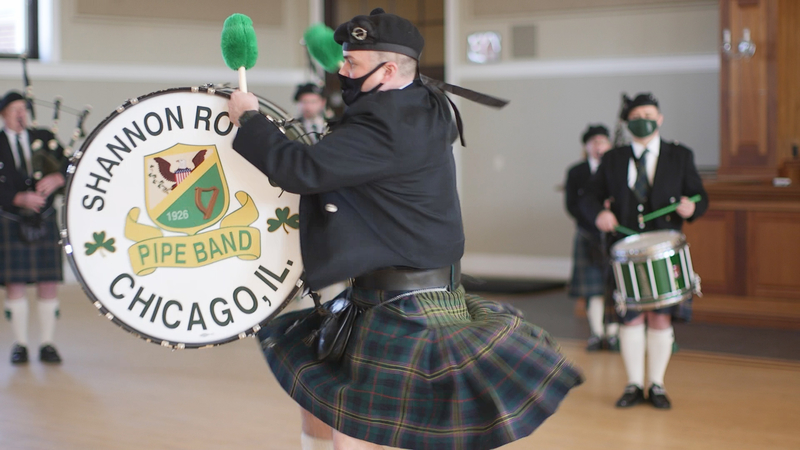 CHICAGO -- A group of Irish immigrants formed "The Shannon Rovers" in 1926 to bring the beloved music from their homeland to the Windy City.

The Rovers began as a fife and drum band, with only a handful of players. Not long after, they switched from playing fifes, to bagpipes.

Now, they boast well over 70 members.

When former Chicago Mayor Richard J. Daley launched the annual Chicago St. Patrick's Parade in 1956, one key part of the agreement, was that The Shannon Rovers would lead the parade - every year!

They've become famous in the Windy City and have played all over the world. They've even played for seven sitting presidents and the pope.

They have become fixtures at weddings, anniversary and birthday parties in Chicago.

During the traditional St. Patrick's Day season, they would typically play more than 100 gigs. But the St. Patrick's parade is cancelled for the second year in a row, due to the COVID-19 pandemic.