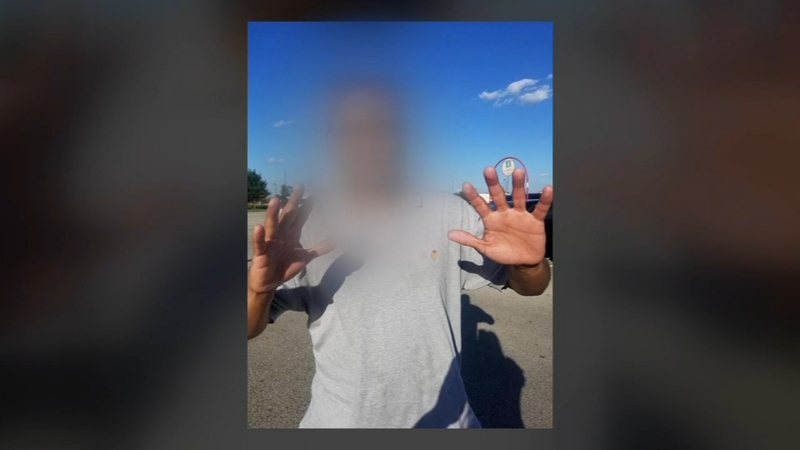 KATY, Texas -- A Texas mother is sharing her family's story after a frightening incident involving a man who they say followed her 24-year-old daughter around for hours.

"This can happen to anybody," said Marina Hernandez. "It's not just in the movies, it's real."

She and her daughter were on a routine trip to JCPenney. They spent time shopping then returned home.

Hernandez said her daughter was driving, and neither of them noticed a black Altima follow them into their neighborhood.

She said three hours later, her husband noticed the vehicle parked in an undeveloped cul-de-sac and became suspicious, walking outside to watch his daughter drive out of the neighborhood on an errand.

"He was parked right there facing south, my husband said. And when she drove to the stop sign... he followed her out the neighborhood."

Hernandez and her husband quickly got in their car and followed the Altima down I-10, watching as the driver followed their daughter to a local grocery store.

"Then he turned into the H-E-B parking lot with Samantha. At that point my heart started racing, I was like, 'There is no way,'"

She said she walked up to the man in the store and confronted him. Without hesitation, she said she admitted he had been following her daughter for hours.

"Then that's when he said JCPenney. And that's when I really lost it, I said, 'You've been following us since JCPenney? And you went to my house and you sat there for three hours?' He's like 'Yeah, but I'm sorry. I won't do it again, I'm sorry. I'm sorry.'"

Hernandez said the man appeared nervous and scared by the confrontation.

"First he's like, 'She was attractive; she's attractive to me.' I said 'What?' He said, 'Well she looks familiar, I thought she was someone else.'"

The mother snapped pictures of the man and his car as he ran away.

The family reported him to police.

Thanks to a license plate the family recorded, investigators were able to find the man at work.

Katy police said he voluntarily came in and confessed.

"He admitted to everything, I just couldn't believe it," said Hernandez.

He even wrote an apology letter to the family that said in part, "I want to genuinely apologize for the pain and grief I have caused in a moment of irresponsibility and recklessness... I did a harmful thing and am humbled by the wake-up call I've received, as it could have been much worse."

"That letter doesn't mean anything to me, he shouldn't have done it to begin with," said Hernandez.

The 37-year-old from Fulshear was not charged.

Investigators said the incident did not meet the threshold for a stalking crime, which requires the suspect to commit the act more than once.

They said he has no criminal history.