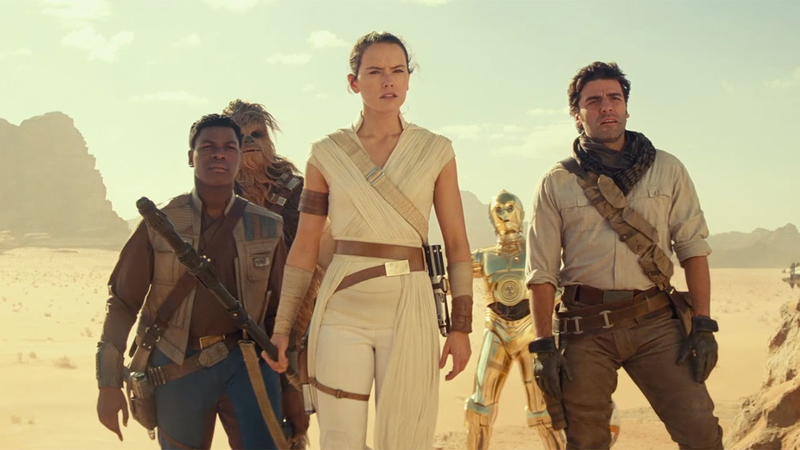 These Disney, Marvel movies are hitting the big screen in 2019

Start the countdown: "Star Wars: The Rise of Skywalker" hits theaters in a matter of weeks, and a new trailer is here!

The trailer premiered on ESPN during "Monday Night Football," and tickets for the film's theatrical release went on sale following the trailer's debut.

Lucasfilm has teased "Star Wars: The Rise of Skywalker" as "the riveting conclusion of the seminal Skywalker saga, where new legends will be born and the final battle for freedom is yet to come."

Abrams previously announced that he would be using footage of late actress Carrie Fisher to wrap up Princess Leia's story, but he promised it would be done in a way that honors her memory.

As with other 2019 Disney movies, "Star Wars: The Rise of Skywalker" will eventually be available for streaming exclusively on Disney+, which launches on Nov. 12.

The streaming service's original offerings include "The Mandalorian," a new series following a bounty-hunting gunfighter in the outer reaches of the galaxy. The series is set after the fall of the Empire but before the emergence of the First Order.

Disney also announced this summer that Ewan McGregor will reprise his role as Obi-Wan Kenobi in a new, untitled Star Wars series in the works for Disney+.