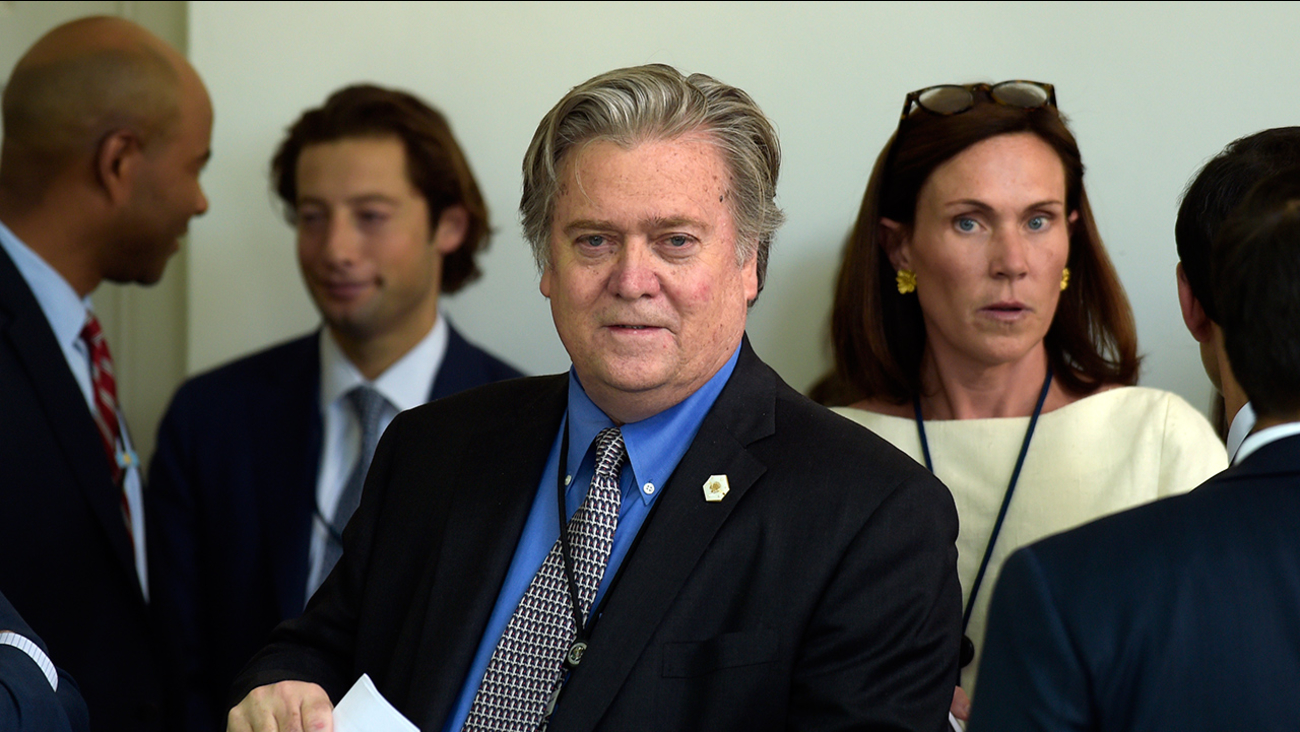 WASHINGTON -- White House chief strategist Steve Bannon tells ABC News he has resigned from the Trump administration, two weeks ago, effective Aug. 14 - the one year mark of his joining the campaign.

He says he will continue to fight for the president's agenda outside the White House.

Bannon was a key adviser to Trump's general election campaign and has been a forceful but contentious presence in a divided White House. The former leader of conservative Breitbart News pushed Trump to follow through with his campaign promises. But he's also sparred with some of Trump's closest advisers, including son-in-law Jared Kushner.

"White House Chief of Staff John Kelly and Steve Bannon have mutually agreed today would be Steve's last day. We are grateful for his service and wish him the best."