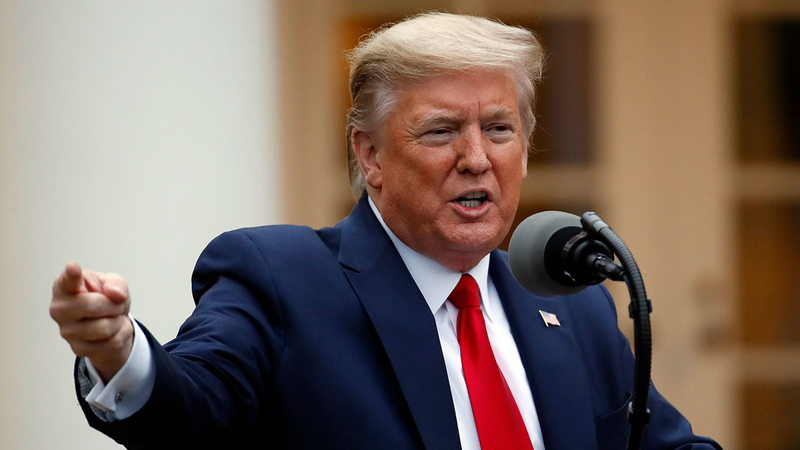 Trump's name to be printed on stimulus checks

WASHINGTON -- Donald Trump has always liked to put his name on things -- in big letters -- on towers, hotels, golf resorts -- even steaks. As president, his black-marker signature was outsize and famously distinctive.

So, when questions were raised about whether he would want his name on millions of stimulus checks sent to Americans last year, it not only seemed plausible, it also unleashed a firestorm of criticism from Democrats.

Now, internal emails obtained by ABC News give an inside look at the scramble to add Trump's name just days before payments started going out in the middle of a presidential election year.

The documents provide a glimpse behind the scenes as the Trump administration sought to take credit for the payments. And for the first time, the government has released images showing versions of the checks that did not make the final cut -- including those with then-Treasury Secretary Steven Mnuchin's name alongside Trump's.

In the end, "President Donald J. Trump" appeared below the words "Economic Impact Payment" on the memo line of the final version of the checks, which were sent to 35 million Americans. 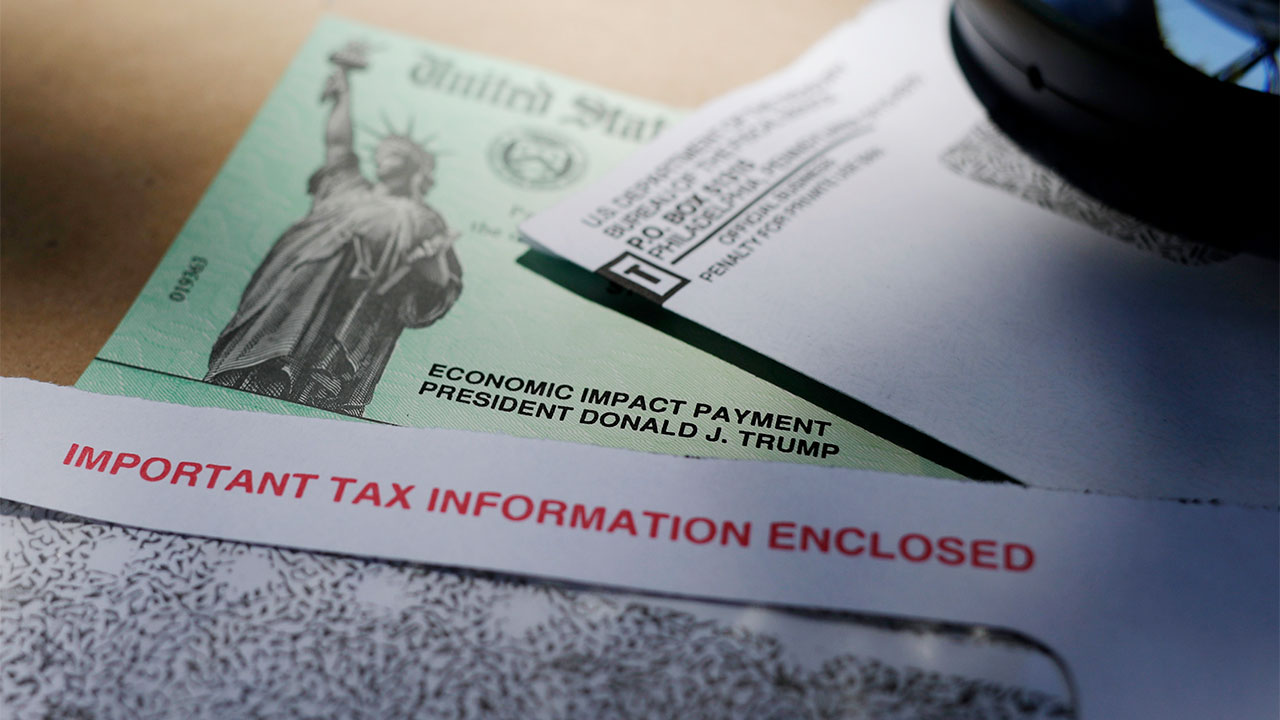 In this April 23, 2020, photo, President Donald Trump's name is seen on a stimulus check issued by the IRS to help combat the adverse economic effects of the COVID-19 outbreak.

Unlike Trump, President Joe Biden's name did not appear on a new round of stimulus checks that started going out this spring, although like Trump, Biden did sign a letter mailed to Americans to notify them about the payments.

The inclusion of Trump's name on the actual checks last year -- which experts believed was unprecedented -- sparked controversy as the president ran for reelection.

Critics accused Trump, who has made a career of branding businesses with his own name, of trying to take credit for an aid program Americans relied on amid an economic crisis.

At the time, Mnuchin said it was his idea to include the president's name, and when a newspaper report raised concerns the decision could delay payments, the Internal Revenue Service denied there was any holdup.

In fact, emails obtained by ABC News through a Freedom of Information Act request show that officials scrambled to generate mock-ups for what the checks would look like.

ABC News obtained the emails after suing the Treasury Department to speed up the release of communications related to the inclusion of Trump's name. The department provided some key emails just five days before Trump left office in January, while it shared the draft check images with ABC News only last week.

The Reporters Committee for Freedom of the Press represented ABC News in the lawsuit.

Appearing in some of the check image drafts was Mnuchin's name, alongside Trump's. Ultimately, the secretary's moniker did not make it to the final version.

But the Treasury Department has refused to share certain emails from top officials in which they discussed what would appear in the memo line.

Dozens of blacked-out portions hide key exchanges and even the names of those sending and receiving emails. The unredacted parts do not make clear whose idea it was to include Trump's name.

Several emails that the department did provide to ABC News showed the scramble unleashed by the decision to add the president's name.

Just days before payments were due to go out, a senior Treasury official, David Lebryk, requested a new mock-up. That day, April 9, 2020, another official thanked colleagues "for turning this around so quickly," while they emailed about font size.

Then, late the next day, Lebryk emailed the head of the Internal Revenue Service to tell him they had settled on the final language. The IRS, part of the Treasury Department, was in charge of distributing the payments.

"We got word from the Secretary that he would like the memo line on Economic Impact Payments to read consistent with the attached image," the official, David Lebryk, wrote to IRS Commissioner Charles Rettig.

Rettig said that he needed formal confirmation before he could proceed; Lebryk replied the next afternoon that "this was a direct instruction from the Secretary."

Two days later, on April 13, Rettig again asked for confirmation that Mnuchin himself was instructing the IRS to include Trump's name on the memo line. Baylor Myers, who served as Mnuchin's deputy chief of staff, replied late that night, "Yes."

The next day, the department's Bureau of the Fiscal Service updated its mock-up to reflect the change.

In another email to Treasury officials, Rettig confirmed reporting by The Washington Post that he and other IRS officials had been "unaware" of the decision to put Trump's name on the checks until later in the process.

Amid the back-and-forth, late on April 14, the Post reported that the decision to include Trump's name would likely delay the checks going out; the paper cited unnamed officials.

That story ricocheted around the Treasury Department, with Mnuchin quickly emailing it to White House chief of staff Mark Meadows. Democrats on Capitol Hill blasted the administration, accusing Trump of hurting Americans in need and demanding more information.

The IRS quickly denied there would be any delay. Direct deposit payments started hitting bank accounts the next day -- April 15 -- and the checks with Trump's name followed later in the month.

It is unclear from the emails the Treasury Department provided to ABC News who exactly thought of including the president's name in the first place.

The Post reported, citing unnamed administration officials, that Trump had privately suggested to Mnuchin he wanted to formally sign the checks. But previous practice dictated that a civil servant sign them instead.

The president was asked about that report and denied he wanted to sign the checks.

Later, on April 15, he said he did not "know too much about" the decision to include his name.

"I don't know too much about it, but I understand my name is there," he said during another news conference. "I don't know where they're going, how they're going. I do understand it's not delaying anything. And I'm satisfied with that. I don't -- I don't imagine it's a big deal. I'm sure people will be very happy to get a big, fat, beautiful check and my name is on it."

Then, several days later, Mnuchin said he had thought of it.

"We did put the president's name on the check," Mnuchin said during an April 19 interview with CNN. "That was my idea. He is the president, and I think it's a terrific symbol to the American public."