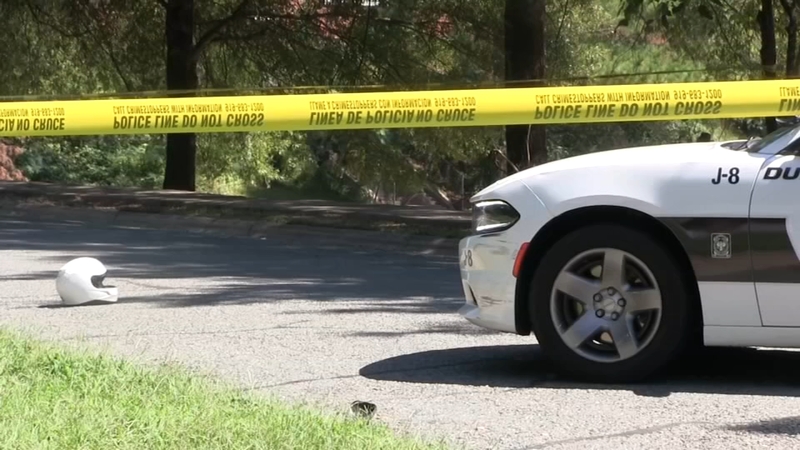 According to Durham Police Department the moped driver crashed while trying to go around the patrol car, a 2018 Dodge Charger that was stopped facing north on Lakeland Street.

The moped driver struck the left front corner of the cruiser.

The driver, identified as Steven Byron Kersey, 25, of Durham, was taken to the hospital with minor injuries.

Witnesses said police were chasing the moped and drove into him, forcing him to crash. Police said the moped was not being chased when it crashed.

The moped was reported stolen by the Duke University Police Department on August 20.

Officers had been trying to find Kersey and the stolen moped following a larceny at a Family Dollar on Thursday.

Police said they got a call about a disturbance with a suspect matching the description of the Family Dollar suspect.

Officers found Kersey but he refused to stop for police. Later in the day, officers spotted the moped, which was unoccupied, parked on Lakeland Avenue around 11 a.m Friday.

Kersey has been charged with driving while impaired, reckless driving to endanger, possession of a stolen motor vehicle and misdemeanor fleeing to elude arrest with a motor vehicle.